« Writing the Dark Chapters
Breaking the Isolation of Stillbirth »

The funeral home was filled with young people. While I waited in the viewing line on a ramp that lead into the chapel, I looked around at the men and women, mostly in their 20s, dressed to impress. If you cropped out our bodies with a Photoshop tool and pasted it on to a picture of the outside of a nightclub it would make a perfect billboard. Instead, we were on our way to say goodbye to another person we knew who died because of substance abuse.

Most of us had been in that line before or would be again soon. If you put all of the people between the ages of 18 and 30 from my county in a room together, you could spend days trying to find a single person whose life hasn’t been fractured by substance abuse. There is a different feeling in the air when you attend a funeral for someone who overdosed, a chilly undertone that no one wants to directly address. The unspoken fact that nearly everyone around you has grieved for this person already before, in their own way, because losing someone to addiction is like losing them twice. 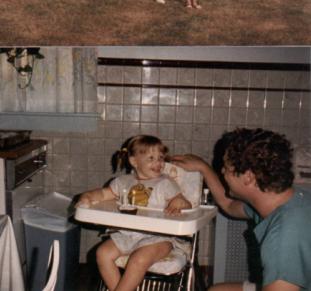 When my father overdosed in 2006, there was no trace of the man who brought me roses when I was sick. There was nothing left of the person who built pinewood derby cars with my brother for the church youth group. There was no sign of the husband who gave my mother a gift every day for the 12 Days of Christmas. He was gone long before that needle stuck into his veins, before he left his house, his job and his church. He was gone the second a distracted doctor wrote him a prescription for Adderall, scribbling away a decade of sobriety without a second thought.

I mourned the man my father was long before he took his last breath. I grieved for his convictions, the principals that he traded for a poison. It doesn’t happen fast—years go by where you feel as though every time you answer the phone, it’s going to be the news you have been dreading. When you find yourself on the bottom of another person’s downward spiral, it suddenly becomes so clear how you arrived there. That unstoppable force consumed the person you loved long ago.

It’s not hard to find a scapegoat to blame. If it’s not the doctors, it’s the dealers. The shadowy figures who lace heroin with Fentanyl. The coroner’s exact words were, “John died from a bad batch of heroin”…as if there were any good kind of heroin. A dozen others died that same weekend from the same “bad batch.” More than 16,000 people a year die from opioids, but somewhere in some shadowy corner of this world, someone who wanted to make some extra money decided that that was not deadly enough. The drug baggies the police found were stamped with smiley faces.

I remember a brief “before” time when my father was still alive when I didn’t think a drug as monstrous as heroin could affect my life. Then, a few months after my high school graduation I heard that a girl I went to school with had overdosed. She was, in my memory, one of the most gorgeous girls I had ever known and the type of girl a person would say had “everything going for her.” Less than a year later, the same drug took my father. 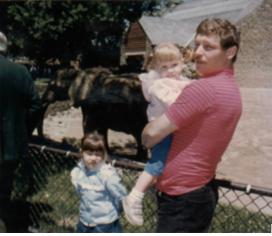 Now, when I look around at the tear-streaked faces, my mind instinctively wonders, who’s next?’ That may sound like a cynical thought, so I should mention that we were waiting in line to view the body of a man who stood in this same funeral parlor, flesh and blood, only four months ago when his brother died from a heroin overdose. To even try to imagine the grief of his parents who lost both of their sons to this demon substance is impossible. Your mind just shuts down because even the thought is too much to bear.

While we’re waiting, I watch as a young guy ahead of us, dressed in a long white T-shirt and shorts, trips and stumbles while moving up the ramp. His voice travels down the long passageway, angry words I can’t make sense of. I don’t have to know what he is saying to know that he is on something. Even from far away, I can see a wild, unsteady look in his eyes. There are others here too who have that same spaced-out look. I want to shake them and force them to wake up to the reality around us.

We walk through a room with photo display boards and a memorial video. I can hear a familiar piano melody and I know the song immediately. “How to Save a Life” by the Fray, the unofficial anthem for those left behind because of substance abuse. My throat catches when I see a video of the two brothers standing together in their Baseball uniforms. Children in a world that hasn’t started to sink beneath them yet. When I kneel at the casket and see someone so young, it’s hard to believe my own eyes.

I hug his dazed parents and express my condolences. In truth, it is hard to look into their faces for longer then a few seconds. To see the exhaustion that I have seen in my own face and in the face of my family reflected back feels like opening an old wound. Reliving that pain is something I can bear, but my fear of standing where they stood again was something I could not.

I remember when my mother first told me that my father was an addict and that an addictive gene ran through our blood. She told me I was old enough to know why my dad didn’t drink and had to go to therapy, and why we were sent to live with my grandmother when he went to rehab. It was during the blissful clean years, when I only knew a loving father and the word addiction was like a bee buzzing by my ear, keeping me from the outside world where I could play. I couldn’t know that the words she was telling me would echo back later. That I would be fighting with her in a struggle to save my brother from his dependency on alcohol. That the cycle of addiction would continue to repeat throughout my life.

When my brother and I were watching my dad unravel, we swore we’d never end up like him. We swore our lives would be different. I imagine those parents said the same thing after they lost their son—that they would do anything to save the other. But words and vows are worthless against the power of addiction. Before it claims your life, it claims your personality, your beliefs, even parts of your soul.

I don’t deny the culpability of the addict. I know it’s a disease of choice. I’ve known others who have crashed on the rockiest of rock bottoms and are now living wonderful lives, fully in control of their own destiny. But no matter how hard you try to stop making excuses for the addict, it’s the only way you can justify loving someone who is already gone in every way that matters. It’s like loving someone who is possessed.

Jessica Fowler is a fiction writer and poet from the suburbs of Philadelphia. Her short story, “Anchored” was recently published in The Philly Anthology (Vol. 1). Jessica studied journalism at Temple University and when she is not working on fiction and poetry, she is busy writing articles and blogs for funeral directors as the Public Relations Specialist at ASD – Answering Service for Directors. Jessica is also an avid outdoor enthusiast who loves hiking, camping, biking and swimming. To read more of Jessica’s writing, visit her blog at characterisfate.wordpress.com.

This entry was posted by Caleb Wilde on July 25, 2013 at 9:26 am, and is filed under Death of a Parent, Guest Posts. Follow any responses to this post through RSS 2.0.You can leave a response or trackback from your own site.