« Death is Coming
Being a Woman in the Death Care Industry »

We believe that God is omnibenevolent.

As many of you know, in addition to being a funeral director, I moonlight as a youth leader for at-risk youth.  Just the other day I spoke with a teenage girl who had been repeatedly raped by her father when she was only twelve.

While we believe that God is always good, where was God when the twelve year olds trust was betrayed by her father as his hand silenced her screams and his carnal desires ruined her future?  Couldn’t God have simply defended this innocent child … like you and I would have?  Hell, if I saw any kind of rape, yet alone the ravaging of a child, I would be thrown into an infuriating rage.  But God – the good God you believe in – sat sidelined, unmoved to action; then, and even now throughout the world, the cries of the innocent fail to move the divine.

How do we interpret this problem?  Do we jettison God’s omnipotence by emphasizing the freedom of man?  And how much of God’s power can we jettison before He is just a god?

Most, in response to the above situation, would say, “God has voluntarily limited himself by creating humanity with freedom.”  Yet, even though that seems to exonerate the goodness of God by placing the blame on man, there’s an assumption that God could – if he wished – unlimit himself and override our freedom through coercion, a phenomenon we often call “providence.”

“God could, if he had so desired, stopped the holocaust” we say.  And my response is simply, “Then why didn’t He?”  If God could override the freedom of man, why doesn’t he?  Why doesn’t he spare the children?  Or the rape victims? 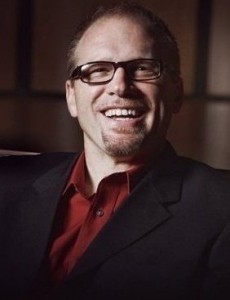 “When we are victims of senseless crimes, when our children or friends are raped or killed, or when atrocious evils occur, it is hard if not impossible to avoid thinking, “Why doesn’t God stop this?”  It is difficult if not impossible to worship wholeheartedly the God who could have prevented these evil(s)” but doesn’t.

In “The Nature of Love: A Theology”, Dr. Oord proposes a seminal idea that he calls “essential kenosis.”

In some sense, essential kenosis is a synthesis of open theism and process theism.  Open theism has made great advances in deconstructing and peeling away Hellenistic assumptions about God’s ontology while attempting to stay faithful to the biblical witness.  They’ve questioned the nature of God’s immutability, passibility and — most notably — omniscience and proposed innovative reconstructions.  Yet, the open theists have yet to produce any convincing answer to the question, “Why doesn’t God override or circumvent humanity’s evil more often?”

The redefinition of God’s omnipotence has been accomplished – convincingly or not — by process theologians who believe that God can NEVER use coercion, but can only persuade; a conclusion that they arrive to based off the idea of panentheism.

Panentheism is the result of conceiving “being” in terms of relationship or relatedness. This is why process theism is a type of panentheism, for “process” asserts that “entities” are inseparably interrelated, and thus that relationship, rather than substance, is “of the essence.” (9).

With relationship as essence, God becomes much less Greek and much more Hebrew, which means the “I AM” is interrelatedness, persuasion, influence, while coercion, force and, yes, many forms of providence are intrinsically NOT apart of the “I AM.”  According to Charles Hartshorne, panentheism is ʺthe view that all things are within the being of God, who yet is not merely the whole of actual things.” 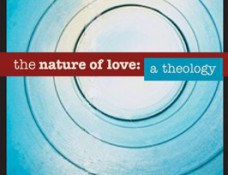 Oord states, in recognition of the failures of both process and open theism, that “essential Kenosis … overcomes the problem of evil and presents God as steadfastly loving.  Essential Kenosis offers a way of understanding God’s power, while affirming the occurrence of miracles, the resurrection of Jesus, hope for a final victory at the end of history, and a biblically supported doctrine of creation” (100).

“Essential Kenosis” is Oord’s seminal attempt to both acknowledge the more positive points of Process Theology’s ontology while attempting to remain faithful to the witness of scripture.

And if you want to find out how Oord’s “Essential Kenosis” attempts that synthesis, buy his book, “The Nature of Love”!

As one who works (and moonlights) while witnessing the problem of evil, let me say “The Nature of Love” is well worth your effort to both read it and understand it.

This entry was posted by Caleb Wilde on May 16, 2012 at 12:35 pm, and is filed under Theodicy, Theology Proper. Follow any responses to this post through RSS 2.0.You can leave a response or trackback from your own site.