« The Undertaker
The Corpse Bride of Mexico: Is this a dead girl or a mannequin? » 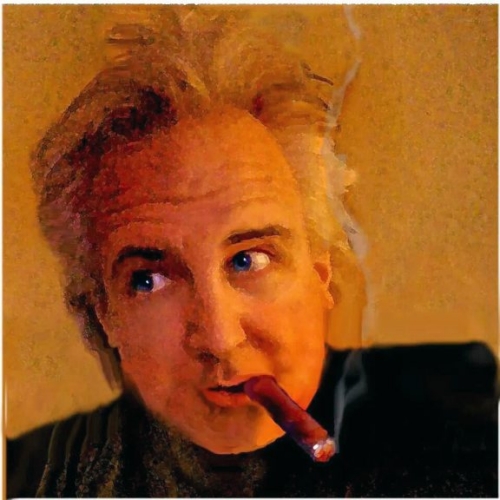 Born 1960 in the Nesbitt Hospital, he was the bouncing baby boy of the late Lt. Col. Edward M. McGroarty and Helen Jane (Hudson) McGroarty, whom the New York Times should have noted as extraordinary parents.

He was baptized at St. Cecilia Church, Exeter, which later burned to the ground, attended Butler Street Elementary, which was later torn down, and middle school at 6th Street in Wyoming, now an apartment building.

He enjoyed elaborate practical jokes, over-tipping in restaurants, sushi and Marx Brother’s movies. He led a crusade to promote area midget wrestling, and in his youth was noted for his many unsanctioned daredevil stunts.

He was preceded in death by brother, Airborne Ranger Lt. Michael F. McGroarty, and many beloved pets, Chainsaw, an English Mastiff in Spring 2009, Baron, an Irish Setter in August 1982, Peter Max, a turtle, Summer 1968; along with numerous house flies and bees, but they were only acquaintances.

McGroarty leaves behind no children (that he knows of), but if he did their names would be son, “Almighty Thor” McGroarty; and daughter, “Butter Cup Patchouli.”

McGroarty was a veteran of the advertising industry since 1983. McGroarty was a pioneer in Apple computing, purchasing one of the first in the Wyoming Valley in 1985. He would like to remind his friends: “Please, don’t email me, I’m dead.”

McGroraty was a founding partner of Pyramid Advertising, and finally principal owner of award-winning Rhino Media until 2006. He was also an adjunct instructor at Luzerne County Community College, from 2005-2009.

He will be laid to rest at Mount Olivet Cemetery, section 7N. He asks to please make note of his new address. McGroarty’s headstone reads: “I’ll Be Right Back,” one of his favorite sayings. He leaves this world with few regrets, one being told in grade school, his adult life would see the Hershey candy bar rise in cost to over a dollar. He maintained given the resources and initiative, he would rally the good citizens of the Commonwealth to a revolution that would force that price to its original 35-cent market value, a dream he was not able to fulfill, by his own admission the reason: “I was distracted by many beautiful women.”

In lieu of flowers, friends are asked to please give generously to the Pennsylvania State Police Troop “P” Camp Cadet Fund.

A Mass of Christian Burial will be held at 10 a.m. Monday in St. Cecilia Church of St. Barbara Parish, 1700 Wyoming Ave., Exeter, following a brief rant of how the government screwed up all of the Bugs Bunny cartoons trying to sensor violence. This will be presented by his attorney, Bret Zankel, Esq. Friends may call from 9 to 10 a.m. Monday in the church.

McGroarty leaves behind a thought for all to ponder, given years of gathering wisdom from different religions and deep study of the Greek philosophers: “It costs nothing to be nice” and “Never stick a steak knife in an electrical outlet.”

This entry was posted by Caleb Wilde on July 28, 2014 at 5:26 pm, and is filed under Aggregate Death. Follow any responses to this post through RSS 2.0.You can leave a response or trackback from your own site.