Silent Wishes: On Hoping for a Cure 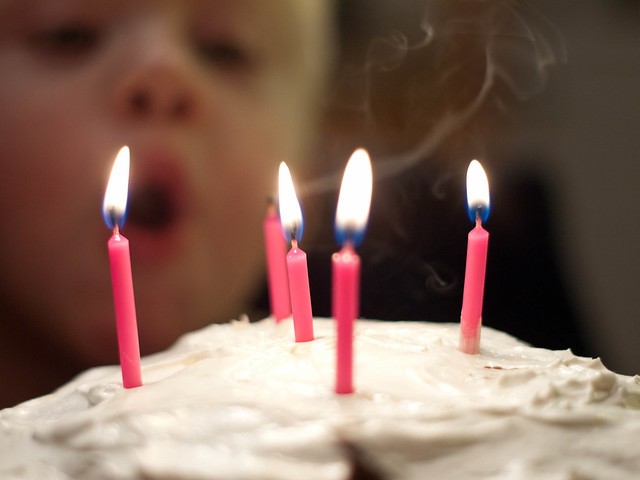 Most children wish for a pony, or maybe a trip to Disney World when they blow out their birthday candles. For as long as I can remember, on my birthday I would wish for a cure. A cure that would keep my father around for my birthday the next year.

My father had cancer my entire life. I spent so many years simply hoping and wishing that one day I would wake up, and my father would be cured. No more doctors’ appointments, no more chemotherapy, no more cancer. That was my wish every single day, but that wish was especially important when I blew out my birthday candles. For some reason it seemed more logical in my innocent mind that if a cure were to happen, it would be more probable on my birthday. I never told anyone of my wish, because everyone knows that as soon as you tell people what you wished for, it never comes true.

Most people who are diagnosed with cancer spend at least a little bit of their time feeling sad, or hopeless. I was blessed to spend my entire life watching my father handle his diagnoses with grace. I never once heard him complain, and never once saw his fight to live flicker. We spent our 20 years together building memories that I will treasure forever.

In August of 2014 the doctors told my father that there was not much else that they could do in order to treat his cancer. They encouraged the idea that he spend his last few months making end-of-life decisions. That doctor’s appointment was on a Tuesday. My father passed away the very next Sunday. I can remember sitting on the bench in the waiting room of the doctor’s office. My father had just received the news. He sat next to me while I cried, and promised me that we would all be okay. He could not have been more right about that.

The doctor had specifically stated that my father had MONTHS not WEEKS left to live. There was a conversation that I wanted to have with my father, but I struggled with when to bring it up. I did not want my father to think that I had given up hope. The day after the appointment we were sitting in the living room together. I looked at him and bluntly said, “Daddy, are you scared?” My father looked up at me and without hesitation said, “I am not scared of death. I am scared to leave you guys.” That was my father, always taking care of his girls, even until the very end. My next statement was the one I had been thinking about for months. I had read the articles, and heard the stories, about when people send signs to their loved ones from the other side. I could feel the tears welling up behind my eyes, and I embraced them and told my father that when he got to heaven, I needed him to send me a sign to let me know that he was okay. Together we decided on the cardinal.

When I was a little girl my father would wait for the school bus with me. Every few days a cardinal would show up in the tree outside our front door. Every time my father saw it he would get insanely excited and holler at me to notice its beautiful red feathers. For some reason that memory always stuck out in my mind. Even as a grouchy teenager, my father would point out the cardinal and I would smile. My father agreed that when he got to heaven he would send me a cardinal if the opportunity arose. I never told anyone about the conversation that we had. In the same sense as a birthday wish, I needed to keep our agreement a secret in order for it to come true.

Not even a week later, my father was gone. He passed away peacefully in his sleep. If there is anyone in the world that did not deserve to suffer, it was my father. My mother, sister, and I made the funeral arrangements together. Those few days remain a whirlwind in my mind. The world lost a great man, and I lost the best dad the world had to offer. The day of the funeral was as perfect as it could have been, considering the circumstances. The weather was uncharacteristically cool for the month of August. We showed up to the church and greeted our friends and family. The minor details remain a blur in memory. I had so many emotions raging through me, I was not quite sure how to feel. My mother, my sister, and I walked into the chapel as our friends and family stood around us. We were a team. We were minus one of our players, but a team nonetheless. We were his girls. We walked to our seats, and embraced the tears that were inevitable. As I took my seat, I noticed all of the beautiful flowers that people had sent in honor of my father’s life. Out of probably 20 arrangements, the one that was placed directly in front my seat held a small, decorative cardinal. I was at a loss for words. On this incredibly important day, my father took the opportunity to tell me that he was okay, and that he was with me. I tearfully accepted his message, and I let a smile creep across my face for the first time in what felt like forever.

I feel my father all around me, I do not need to see a cardinal to know that he is with me always. In that moment when I step outside, and the wind sweeps my hair off of my neck, my father is there. When I am walking to my car, and I take a moment to look at the stars, my father is there. And this year when I blow out my 21 candles, my father will be there. My innocent, child-like birthday wish finally came true. My father will be at every one of my birthdays for the rest of my life. This year I do not have to wish for a miracle, because I was already given one.

ABOUT THE AUTHOR: Heidi Evans is a senior living in Oklahoma City, pursuing her bachelors degree in Funeral Service. She works in the Funeral Service industry and plans to be a part of the changes making their way through the death care industry in the coming years.

This entry was posted by Caleb Wilde on November 21, 2014 at 9:15 pm, and is filed under Death of a Parent, Guest Posts. Follow any responses to this post through RSS 2.0.You can leave a response or trackback from your own site.