« The Artistry of Suicide
Do you believe in ghosts? »

In the frustration of multitasking the details of four new calls, I decided to channel my angst into some spring cleaning.  A new computer arrived yesterday, so in between the set up I threw all of our old lets-save-this-cause-we might-need-it tech in the dumpster.

After cleaning out the second floor of a tape player, two broken printers and a 30 pound monster monitor, I shifted my attention to the gallows of the basement … where ALL the old equipment goes to rest.  After finding an 18 year old Compact monitor, I found the old embalming machines.

In our morgue today rests a Porti-Boy, the pinnacle of modern embalming tech.

With the Porti-Boy, you can control the pressure of the embalming fluid and the rate of flow via the little knobs on the left and right of the console.

The end of the rubber tube is where the arterial tube is inserted.

Once the incision on the deceased is made and the desired artery is raised (usually the carotid), the arterial tube is placed into the artery, the Porti-Boy is turned on and the fluid pushes out the blood via an open vein, replacing the blood with embalming fluid.

Our funeral business is over 160 years old.  And when we first started embalming, there was no electric Porti-Boy.  In fact, there was no morgue to house the lovely embalming machine.

We came to your house.  With our own equipment.  By the time my grandfather was a teen, this tradition of embalming at the deceased’s house had waned.  He remembers doing it a dozen times or so.

When I went down to the basement to clean out the old computers, I found the old embalming “machine” that my great grandfather would have used. It’s called an embalming gravity flask and stand … or something like that.  I’ve actually used this contraption once when we lost electricity during a storm.   And it worked. 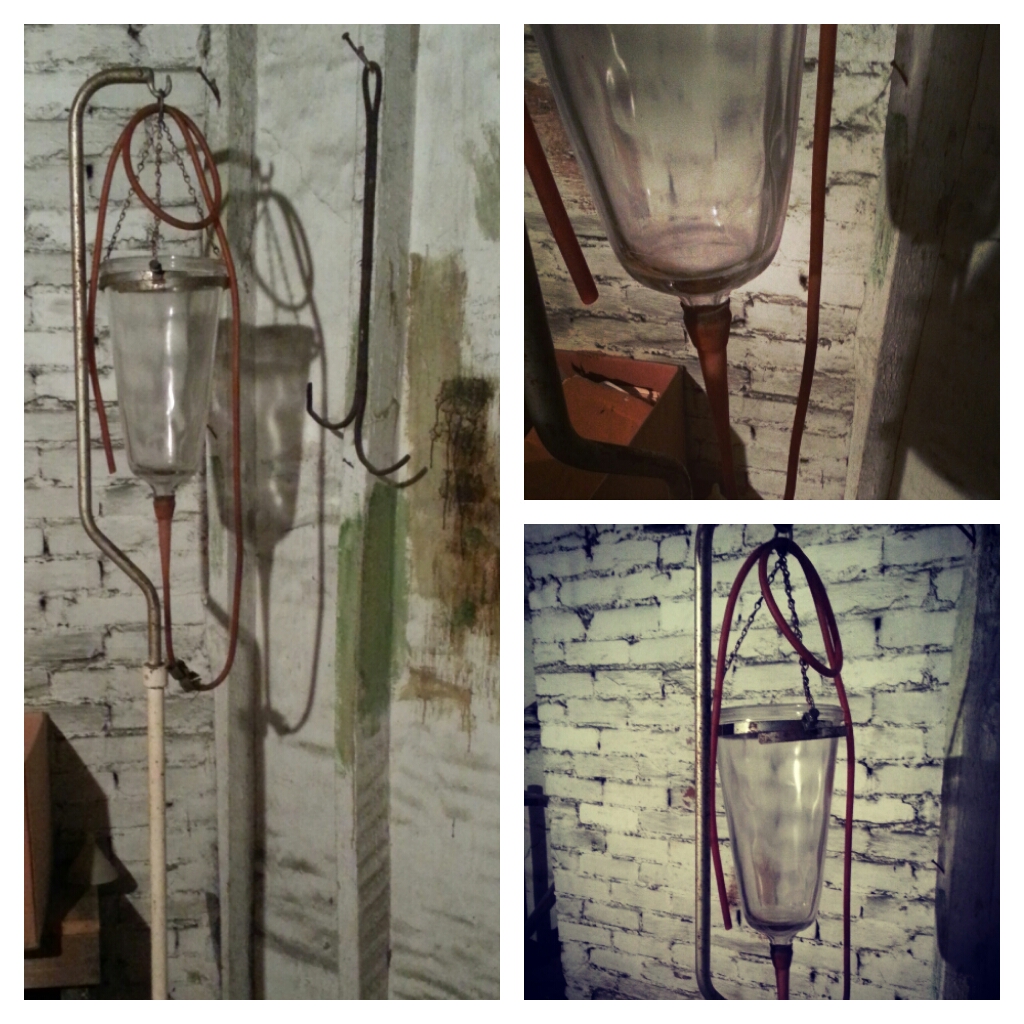 You put the mixed embalming fluid in the flask, and raise the stand to find your desired pressure.  The higher the flask, the more pressure it produced to push the blood out and the fluid in.  My predecessors would lug this thing to the home of the deceased, put the body in the kitchen and try their best not to spill any blood.  How they kept the blood from spilling (without the use of an embalming table), I have no idea.

My grandfather recounts that he and his dad used to play “who spills the least blood droplets on the floor” game.  Apparently – per my grandfather’s selective memory – he would always win.

This entry was posted by Caleb Wilde on April 4, 2015 at 5:22 pm, and is filed under Embalming vs. Cremation. Follow any responses to this post through RSS 2.0.You can leave a response or trackback from your own site.