« Finding the energy of our dead during the holiday season
You’ve done good, Love »

A rosary and a quiet good deed amplified 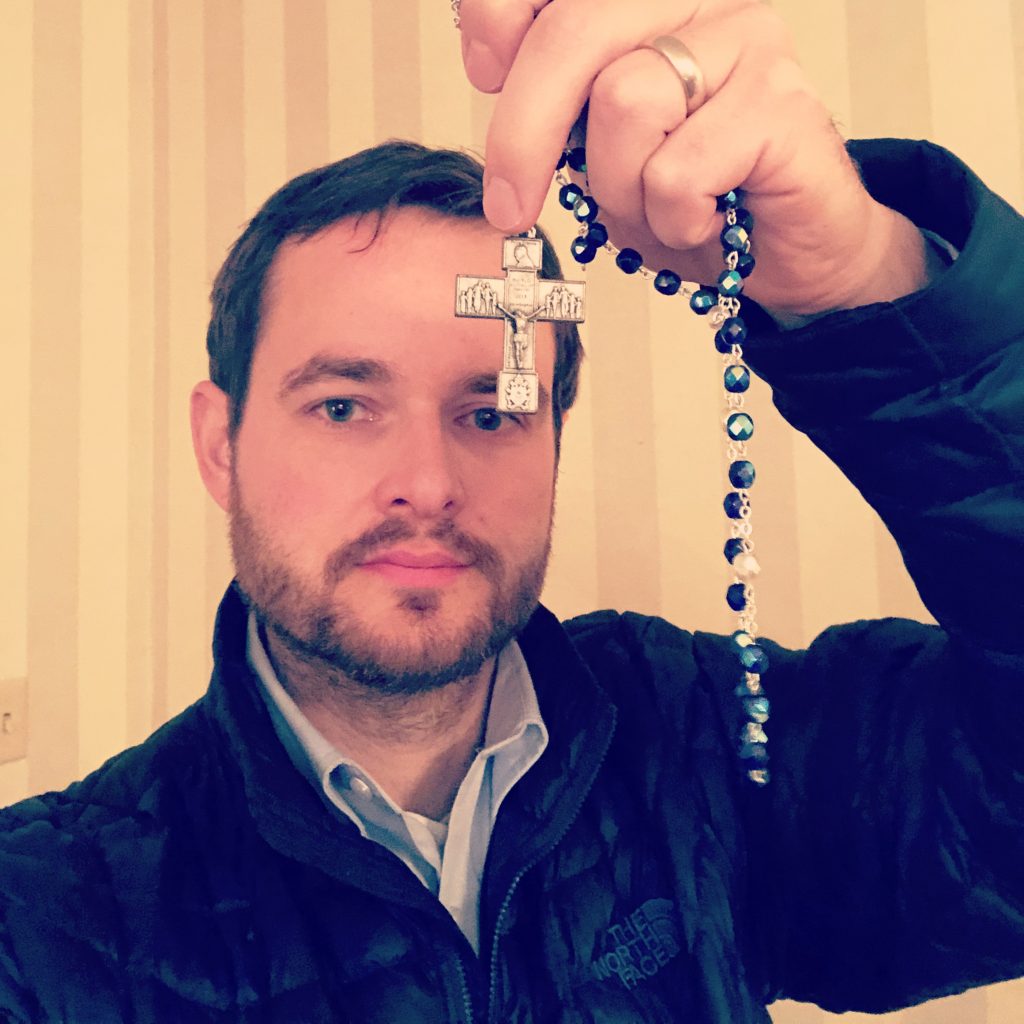 I’m not Catholic.  I serve Catholics on a semi-regular basis, and they seriously have THE best funeral luncheons.  I even go up to receive Father’s blessing during the funeral Mass’ Holy Communion.

This past year more than 300 current and former Pennsylvania (my home state) priests were accused of sex abuse.  Over the course of seven decades, these priests weaponized their faith to steal innocence from more than 1,000 children, unspeakable crimes that were often covered up by church leaders.

I got a phone call this morning from the daughter of the deceased who asked us if we had any rosaries we could put in the casket.  I told her we do, and that I’d wrap one around the hand of her loved one.  A few minutes later she called back with a question, “Do you know if the rosary has been blessed?” “Umm,” I paused for a second because I didn’t know rosaries were supposed to be blessed, “I don’t think so?” “Can you make sure it’s blessed?” she concluded.

I called the Catholic rectory to see if I could stop by to have Father bless it.  The church secretary answered the phone, “Father’s not here, but I have something for you that I’ll bring over.”

A few hours later she was at the front door. “This rosary,” she said, “was blessed by the Pope when he visited Philadelphia in 2015.” I responded, “What?  Really? And you’re sure they can have it?” She played it off like it wasn’t a big deal.  But it IS a big deal, something the family of the deceased will never forget.

Everywhere we go, there are good people and bad people.  We want it to be one or the other, especially when it comes to groups we love to chastise. “All Republicans are bad.” Or, “All Democrats are bad.” Or, “All Muslims are jihadists.” Life, and the people in it, are SO much more nuanced that the black and white categories we love to use.

Good deeds happen every day, they’re just quieter than the bad ones.  Never be quiet about injustice and amplify the good because we all need to hear the whole story.

This entry was posted by Caleb Wilde on November 28, 2018 at 9:07 pm, and is filed under Religious Ritual. Follow any responses to this post through RSS 2.0.You can leave a response or trackback from your own site.