I'm a sixth generation funeral director. I have a grad degree in Missional Theology and a Certification in Thanatology.

Connect with my writing and book plans by "liking" me on facebook. And keep tabs with my blog via subscription or twitter. 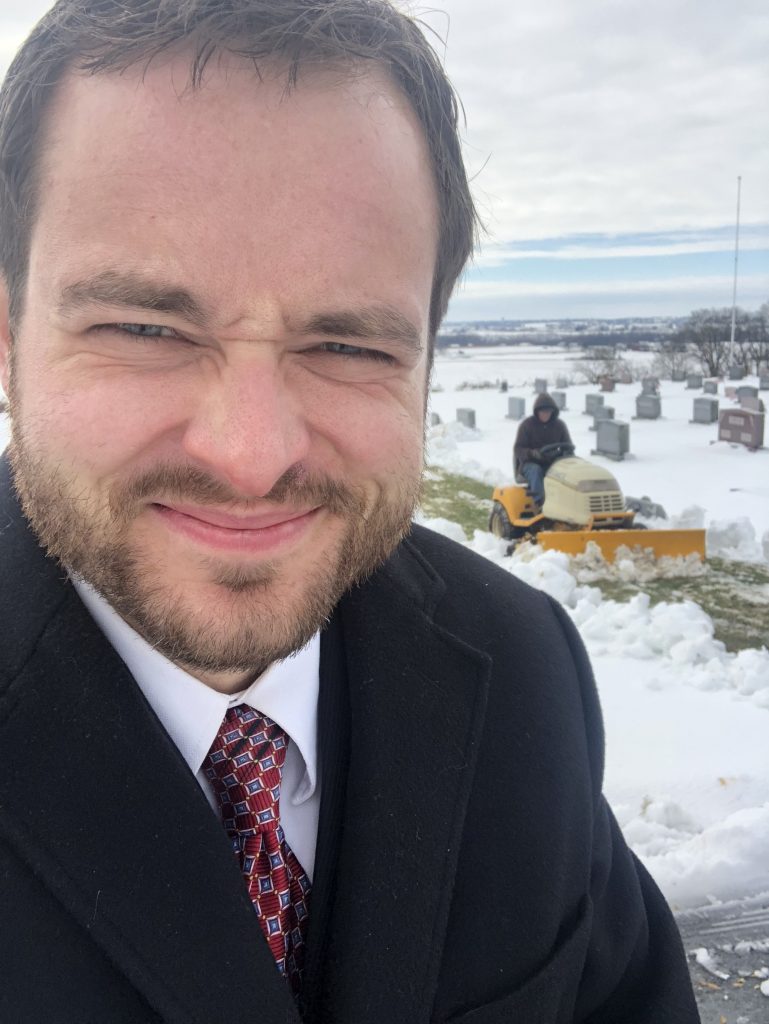 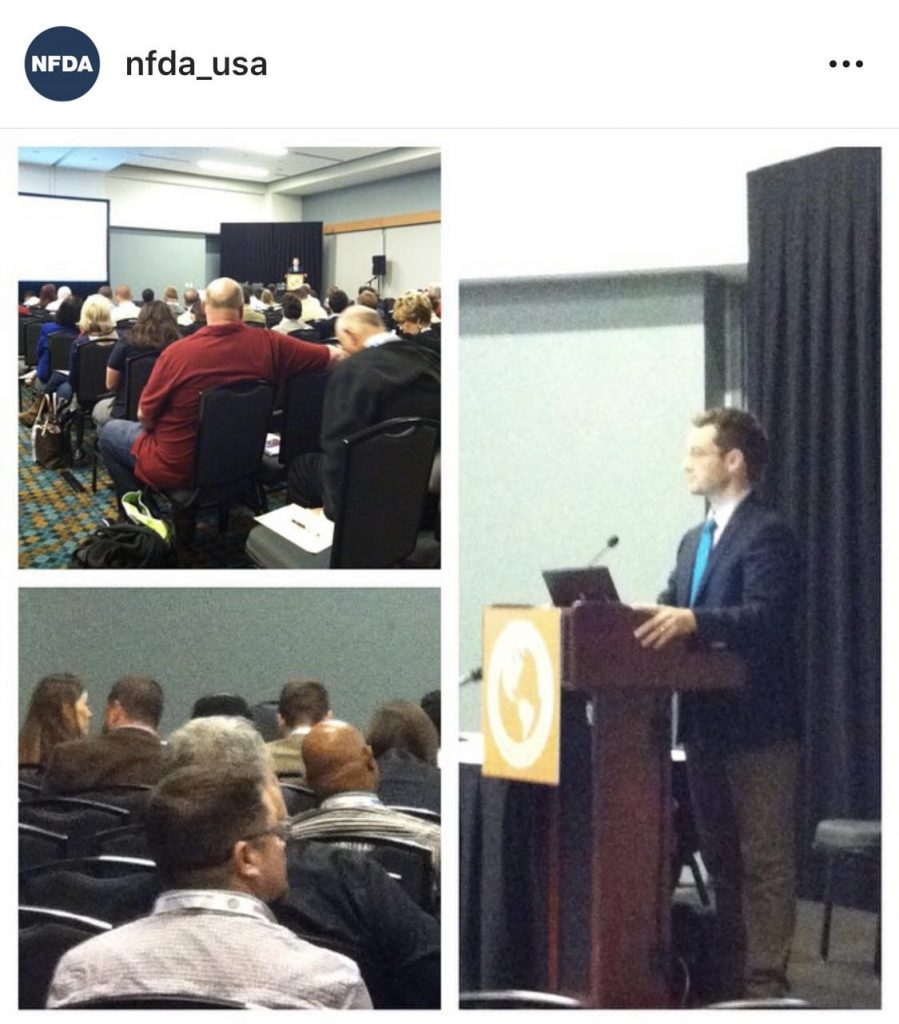 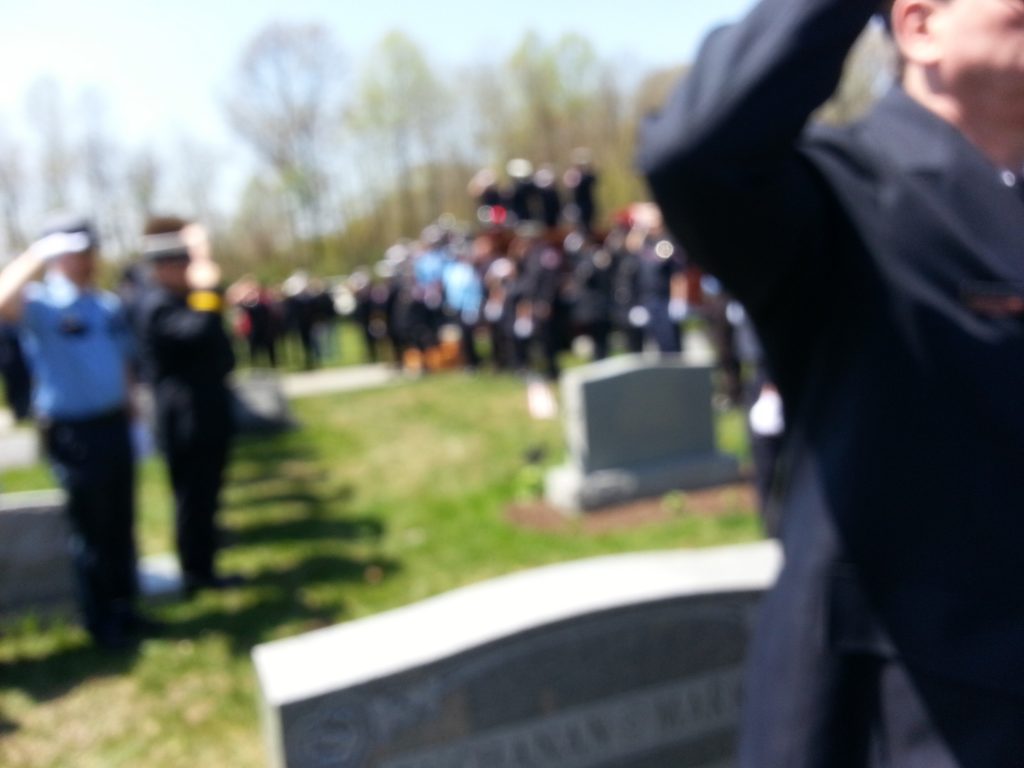 Funeral directors are human too

by Caleb Wilde in Death of a Child 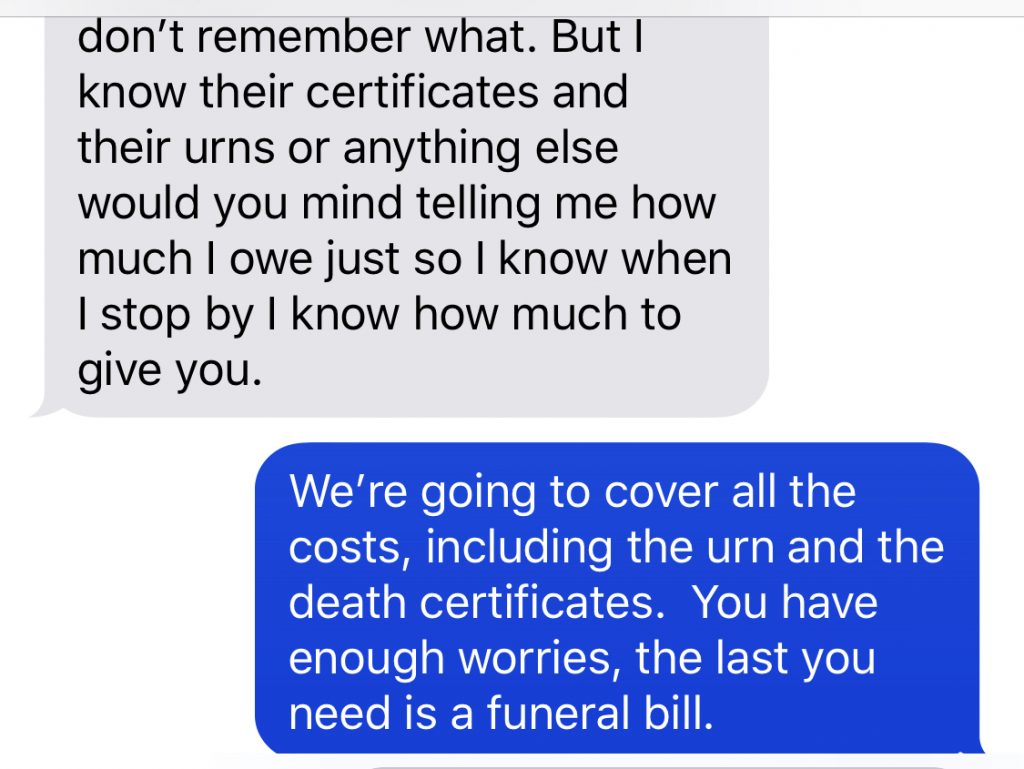 When I work with younger people, I’ll usually give them my cell number so they can text me whenever they want.  Texting is just so much less stressful and easier for those of us who grew up with cell phones, and it seems to be a comfort for the families when they know they can reach me via text anytime of the day.

This is a text exchange I had with a young mother who birthed stillborn twins.  And I don’t share this to brag about my supposed sainthood in providing a free funeral to a bereaved mother.  It’s the opposite really.  Saintliness implies something extra good, or extra human, or god-like.  This act was very much just basic, normal humanity.  This is nothing exceptional.

Most funeral directors enter and stay in death care because we’ve experienced death and want to use our experience to help others who are experiencing the same.  The best of us are grieving people helping grieving people.

Every funeral director I know heavily discounts, charges cost, or gives both services and goods for free when their “customer” is a child.  It’s not a rule we were taught in funeral school. It’s not unspoken code.  It’s just human.

And I guess I want you to know that death care workers are not saints, and unlike the many stereotypes, most of us aren’t sinners out to exploit the grieving public.  We carry the same grief you do, and we know how far a little goodness and grace can go.  So next time you see us in real life, or portrayed as a charlatan on TV, know that we’re neither saint or sinner.  We’re very much like you . . . and just like you, when we see a grieving mother, we do what anyone would do by giving the best we can give.

Finding the magic in life

A few years ago, Pop Pop stepped away from making funeral arrangements for a few reasons, namely that at 87 he’s outlived and buried most of his contemporaries, an accomplishment that would make some feel lonely, but for him it feels like completion.  He was here for his friends and family when they needed him, and now that most of them are gone, he focuses on other things at the funeral home.

Even now, every once in a while, someone Pop Pop grew up with will die, so he puts on suit and tie and takes charge of the funeral arrangements.  Today was one of those days.  A 91 year old friend of our family passed, and Pop Pop met with her family.

I came down in the middle of the arrangements to grab some information (and snapped this photo in the process) so I could type an obituary draft for the family to read before they left.  Pop Pop’s proud of me being in the business, as any family patriarch would be.  When I entered the arrangement room to get the info, he started doing what grandfathers do when they’re proud of their grandson.

After talking about my book (he’s read it four times, or so he says), he started talking about passing off the business.  He said, “I’d give it up, but I can’t.  I’ve always loved my job, there’s nothing else I’d rather do, so why stop doing what I love just because I’m 87?”

There’s a number of things that make for a good life, and one of them is finding what you love, and somehow or another making it your profession.  It’s rare that we do what we love, but when we do, it not only benefits us, it benefits everyone our work touches.

Pop Pop’s love for the business and the people he serves has benefited those people just as much as it’s benefited my Pop Pop.  He might be 87 years old, but when he’s working with his people, it’s like his 87 year old body momentarily drinks from the fountain of youth.  That’s the magic you find when you do what you love.  And that magic spills over to the people you love. 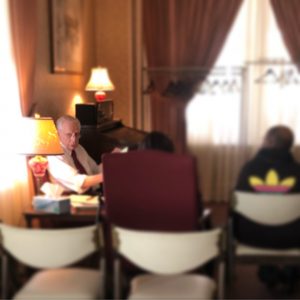