« Death and LGBT Rights: Why It Matters
Is Death like Birth? A Story »

When Death Hits the Professional 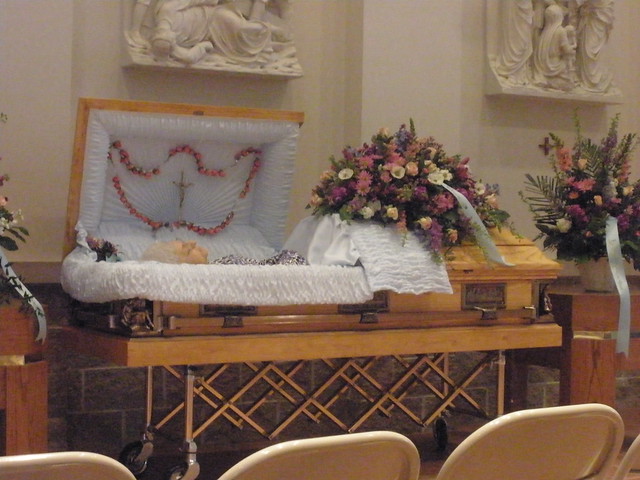 Death has been called he great equalizer. Kings and paupers and everyone in between must die. That includes preachers and post mortem health care professionals (a.k.a. Funeral Directors). Not only must we all die eventually, but before that we also must deal with the death of one or more people that we love. And then what do we do? Do we call on another professional to serve us, or do we show how competent we are and do it ourselves?

I once knew a Funeral Director who embalmed his mother. He said it was his way of grieving, and “the last thing I could do for her”. I found that to be creepy, but who am I to judge. As a pastor I have literally “heard it all” and that was part of it.

In January of 2010 I officiated at the funeral of my mother. I know there are two schools of thought about that topic too, so let me explain. My mother was, as most good mothers are, very proud of her son . She was hugely supportive of my decision to enter the ministry, and a tremendous encouragement and support along the way. In fact one of my more difficult pastoral assignments was a church in my home town. Mom and Dad transferred their membership to that small congregation. Their desire to support their son was stronger than the desire to have a great pastor. You see, | was young, and most young professionals (in any profession) know it all. But I digress. In the time that we lived in close proximity, Mom had witnessed several funerals that I conducted, and there were a few others that she and I attended together. She would offer her commentary, which when considered together could be regarded as her final wishes. Whenever she saw a casket that she didn’t like, she would say, “don’t you dare put me in something like that”. So we didn’t. She told me more than once that she did not wish to be cremated. I assured her that we would remember to honour her wishes. And then there was a certain funeral hymn that she heard once too often. “I don’t want that sung at my funeral”. And so we didn’t. However I wasn’t above using the offensive song in a service while she was still alive. I deliberately tried to make eye contact to see which of us would lose our straight face. Her head was buried in her hymnal and i endured a hailstorm at lunch. And then came the day, with the quiet request, spoken only once, “I want you to bury me.” I said that though this is a hard request, I would do my best.

The day of her funeral came. My message was prepared. The service was led by her pastor in the church where she worshipped. The pastoral staff there had helped to plan the service, and I was glad that they were in charge. The parts that we had agreed that I would lead would be a message, as well as leading the graveside service. I know that only God could give me the strength for that difficult task. Surprisingly, someone asked me shortly after the service how I could do such a thing dry-eyed. I assured the person that I had done more than my share of crying before the service, and that there will surely be more to come. Funny isn’t it, how there is always someone who thinks they know how something could be done better?

The other school of thought on this matter is, that if one is a professional like a pastor or funeral director, one should focus on just being a son or whatever, and allow others to do the heavy lifting of the funeral. In other words: grieve, and allow people to serve you rather than having to always serve others others. There is wisdom to that, and I don’t think that I am some kind of exception. We found a way to do both: to honour my mother’s wishes and at the same time allowing her pastors to do the pastoral work. During the funeral I did not sit on the platform with the other clergy, but sat in the pew with my family, and I soaked up everything that the other pastors said and did. While she was dying, I behaved totally like a son, and not a pastor. I had stood or sat at scores of deathbeds and helped people cross the valley of the shadow, but for my mother I couldn’t do it. I am thankful for her pastors who gave her what she needed, and who came to her bedside and gave us what we needed, right after she died.

The bottom line: as professionals we are no less human than anyone else. Losing a loved one hurts, and the fact that you are a professional who deals with death day in and day out will not protect you from that pain. So don’t pretend that it does. If you are a funeral director, you will need a funeral director at that time, and if you are a pastor, you will need a pastor. That doesn’t mean that you can’t be involved with your special gifts and expertise. That can be both therapeutic and honouring to your loved one.

It has been 5 years since Mom has been gone. Not a day goes by that I don’t think of her. Sometimes, without thinking, I reach for the phone to call her, and then reality sets in once again. But looking back on it, I am glad that I did exactly what Mom wanted, both in terms of my own involvement as well as every other aspect of her funeral. My Dad saw how difficult it was, so he told me that he would not be making the request that Mom did. However, I know that I will do for him what I did for her. Now that he is 89 and suffering from cancer, that day is drawing closer, but I know I will find the strength when the time comes.

Dieter Reda has been an ordained Minister for the past 34 years and served various churches in central and western Canada. Since 2003 he is senior pastor at Mission Baptist Church in Hamilton, Ontario (Canada). His blog of pastoral musings on various issues is at www.dieterreda.com and you can follow him on Twitter @Dieterreda.

This entry was posted by Caleb Wilde on July 1, 2015 at 9:20 pm, and is filed under Funeral Directing. Follow any responses to this post through RSS 2.0.You can leave a response or trackback from your own site.