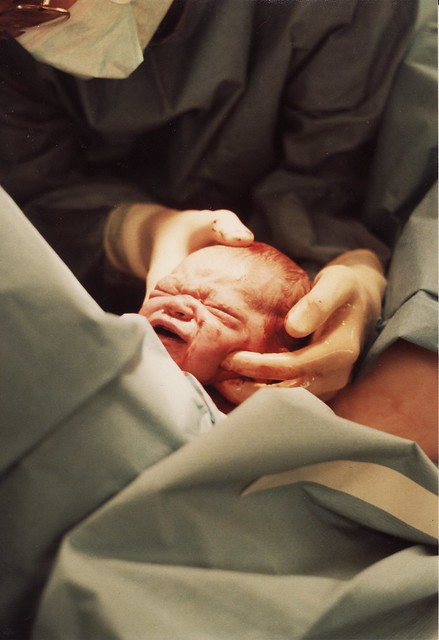 I struggle with believing in the existence of heaven, mainly because it seems to be a projection of all my desires. It’s a place of goodness and beauty where tears are wiped away; where family and friends dwell together for eternity. Sounds nice. Sounds like an ideal world that exists solely for the solace of hurt, fearful and tired minds.

Yet, despite my misgivings about concepts of heaven (and even hell), I’m willing to entertain the thought that perhaps life does exist after death. Here’s an excerpt from Henri Nouwen’s book “Our Greatest Gift”:

Recently, a friend told me a story about twins talking to each other in the womb. The sister said to the brother, “I believe there is life after birth.” Her brother protested vehemently, “No, no, this is all there is. This is a dark and cozy place, and we have nothing else to do but to cling to the cord that feeds us.” The little girl insisted, “There must be something else, a place with light where there is freedom to move.” Still she could not convince her twin brother.

After some silence, the sister said hesitantly, “I have something else to say, and I’m afraid you won’t believe that, either, but I think there is a mother.” Her brother became furious. “A mother!” he shouted. “What are you talking about? I have never seen a mother, and neither have you. Who put that idea in your head? As I told you, this place is all we have. Why do you always want more? This is not such a bad place, after all. We have all we need, so let’s be content.”

The sister was quite overwhelmed by her brother’s response and for a while didn’t dare say anything more. But she couldn’t let go of her thoughts, and since she had only her twin brother to speak to, she finally said, “Don’t you feel these squeezes every once in a while? They’re quite unpleasant and sometimes even painful.” “Yes,” he answered. “What’s special about that?” “Well,” the sister said, “I think that these squeezes are there to get us ready for another place, much more beautiful than this, where we will see our mother face-to-face. Don’t you think that’s exciting?”

I’ve heard this analogy used often in funeral eulogies, but Nouwen finds a way to make it seemingly more meaningful. Nonetheless, my skepticism sides with the brother, but I’m willing to entertain the thought that despite our projections, another world may exist.

Who do you relate to the most: the brother or the sister?

This entry was posted by Caleb Wilde on July 6, 2015 at 8:57 pm, and is filed under Aggregate Death. Follow any responses to this post through RSS 2.0.You can leave a response or trackback from your own site.