10 Things That Keep Funeral Directors Up at Night

One.  Did I bury that wedding ring?

I know the family wanted the ring taken off before their mom was buried.  They told me how important that ring is to them. And I’m almost certain I took the ring off after the service was over.  But did I?  It was all such a blur.

This question keeps me up for about an hour.

Two.  Did I cut that pacemaker out?

We don’t own our own crematory.  In our area, there are only about two funeral homes out of approximately 50 funerals that have their own oven.  When someone we’re serving wants their family cremated, we send the deceased to a lovely family owned retort that does most of the cremations in a 20 mile radius.

If I leave the pacemaker in, it will explode during the cremation process, potentially causing damage that can have a $10,000 price tag. Sometimes I forget.  Although rarely.

Three.  Is that family gonna beat us?

We pride ourselves on being one of the lowest priced funeral homes in our area.  And while this helps us sleep at night, the word has gotten around that not only are the Wildes inexpensive, but they don’t require payment up front.  Many funeral homes, in an effort to protect themselves from crooked customers who have no intention of paying their funeral bill, require the funeral payment — or a guarantee of payment by an insurance agency — at the end of funeral arrangements.  We give a 30 day payment period and we get swindled by about 10 to 15 families a year.

For the most part, we’ve become wise to the crooked families.  But every once in a while there’s a family that is so good at working us, it’s only afterward that we see the signs and we lay awake at night realizing that we’ve been hustled.

Four.  I CAN’T BELIEVE THAT FAMILY BEAT US!!!

And then there are the families we’ve known for ages.  The families who went to school with us.  Who lived next to us.  Who we played with as kids.  The families we trust.  Families that we never question.  Months and months go by and finally, we’re laying in bed and we realize: THEY’RE NOT GOING TO PAY THEIR BILL!

This can be upsetting, especially if we know the family.  It’s the broken trust part that can keep you up for two hours.

Five.  Is that body going to stink?

Sometimes bodies smell.  Sometimes embalming doesn’t stop the stink.  And even though we do everything we can to cover up the smell, we can’t help laying in bed at night and wondering, “Is John Smith going to smell up the funeral tomorrow?”

Try to go to sleep as fast as I can so I can wake up early, get to the funeral home and double check John’s b.o.

I’ve been doing this for over a decade and I still see visuals that keep me up at night.

These kinds of visuals can keep me up AND find their way into my nightmares.

Night calls obviously keep us up at night.  If someone dies at a nursing home or at their home in the middle of the night, we get up, suit ourselves up and off we go.  This is what I look like the day after a night call: 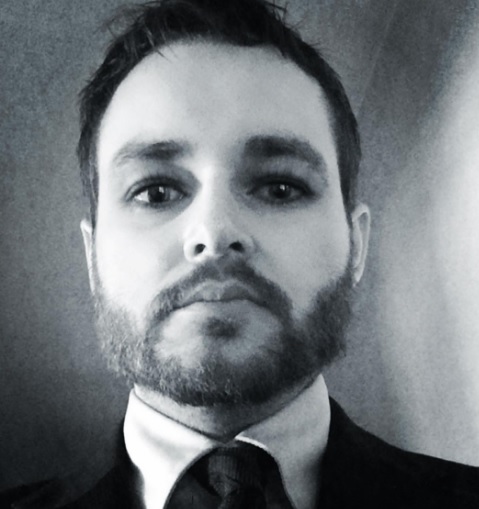 Eight.  How Long Can I Keep Doing this?

Career-doubt is a real thing.  For me, the pace and the drain of death care undergirds a good amount of career-doubt.  There are many times I miss my son’s life because I’m out at all hours of the day dealing with death.  Night calls, night viewings, and the like make me less the father I want to be.  I lay awake thinking about this.

This can keep me up for hours.

Nine.  Was That Joke Too Awkward?

Ten.  What Did I Forget to Do?

Some days the funeral home feels like the floor of NYSE in that it’s all crazy and hectic and movement.  The phone’s ringing with requests for reordered death certificates, the door bells ringing and there’s someone there who needs help with insurance policies, some of us are out picking up from a hospital, others are running around getting death certificates, and there’s a couple families are coming into the funeral home to make arrangements.  After a hectic day where your brain felt like a Gallagher watermelon, you’re laying in bed at night and remember, “there was that phone call where the family wanted me to add the deceased’s cat ‘Jinx’ to the obituary … damn it.”

This entry was posted by Caleb Wilde on July 6, 2017 at 4:58 pm, and is filed under Funeral Directing. Follow any responses to this post through RSS 2.0.You can leave a response or trackback from your own site.