« Funeral Fail: The Accidental Casket Trapdoor
Stray Dogs Pay Respects at the Funeral of the Woman Who Fed Them »

10 Things about the Dangerous Health Hazards of Corpses 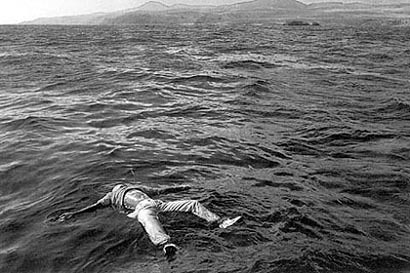 1.  Dead body ≠ Doom and Destruction of the Public Health

Under normal circumstances, dead bodies are safe and offer no reasonable danger to the public health.

A dead body offers no more danger than it did when it was living.

2.  In Some Circumstances, Embalming Can Make a Dead Body Safer

Sure, embalming will kill things like AIDS and the aliens that are hiding out in a host body; but, (for the most part) a dead body is safe sans embalming.  The purpose for embalming is mainly restoration and not primarily public safety.

If you ever find yourself touching any body fluids of the dead (or the living) use protective garments like latex gloves.

AIDS will live approximately 24 hours in a dead body, unless that body has been embalmed, in which case the embalming fluid will presumably kill it.

Unlike most pathogens, the Ebola virus lives for an unknown period of time after a victim’s death (ViaScientific American).  Unfortunately, the assumption that the virus dies along with the deceased has been a major cause of its spread in parts of Africa where touching and handling the body is a common practice for the deceased’s living family members.  Some have claimed that ‘Up to 50% of victims catch Ebola at funerals’ (Via RT.com).

We don’t embalm Ebola cases.  We burn them.  With fire.

7.  THE DEAD BODIES WILL POISON THE WATER SUPPLY!!!

Contamination of a water supply by the dead may result in the spread of gastroenteritis from normal intestinal contents.  But this is very rare and usually only happens when there’s natural disasters and the the bodies are everywhere.

If you have a zombie on your hands, don’t call your funeral director unless, of course, he looks like Daryl Dixon.

Before the germ theory, most people held to the Miasma theory which is that diseases spread through the air.  In other words, you catch a disease by breathing in bad air.  While there are airborne diseases, we know now that it’s not the air itself but the germs that spread disease.

So, if you smell the horrible smell of a decomposing corpse, it’s not going to kill you.

10.  The Real Danger of an Average Dead Body

The substances cadaverine and putrescine are produced during the decomposition of animal (including human) bodies, and both give off a foul odor.  If you were to ingest 20g of putrescine (the weight of a Chicken Nugget), it would be toxic.   By way of comparison the similar substance spermine, found in semen, is over three times as toxic.

This entry was posted by Caleb Wilde on April 1, 2015 at 8:36 pm, and is filed under Death. Follow any responses to this post through RSS 2.0.You can leave a response or trackback from your own site.