“I don’t want anyone to know I have cancer”

by Caleb Wilde in Death

Every time I write a story, I always change names, circumstances, and any identifying factors. This story — like most others — is less about “Dan” and more about what he taught me.

“Hi, Caleb. My name is Dan,” the voice on the other end said, in what sounded like the voice of someone in their mid-forties.

“I want to know the cost of cremation”, he said.

“Sure, Dan. Let’s make sure we’re on the same page. When you say ‘cremation’, are you thinking about having a memorial service, is there a burial involved? I’m asking these questions because it’ll help me give you a more specific answer.”

“Hmmm. Good questions. And I don’t really know to be honest.”

“I’ll need to talk to my husband about that”, he said.

“Is your husband sick, or dying?” I asked as a way to move our conversation away from a purely business exchange and into something a little more personal. Usually, I try to personalize everything I do in this business. I try to understand relationships, personalities, likes/dislikes, all for the purpose of being able to serve that specific person better.

Dan paused to roll his answer around in his head.

“It’s for me. I’m dying. I have a very rare form of cancer that’s incurable. Supposedly, I have about two to three years left before …. you know … I’ll need your services.”

I could tell by the tone of Dan’s voice that he wasn’t interested in my sympathy, nor did he want me to delve into his personal life. He was interested in talking about cremation pricing. So, that’s what we did.

Toward the end of our conversation, Dan said, “I don’t want anyone to know I have cancer. So let’s pretend this conversation never happened.”

Over the past couple of months, we’ve buried four elderly women who died of breast cancer. And they, like Dan, didn’t tell anyone until they were actively dying. Their family didn’t know. Their friends didn’t know. They kept it to themselves.

I mentioned this to Dan and his response surprised me:

“I don’t think they were quiet because they were ashamed of their cancer. Or because it was so big and bad that they wanted to sweep it under the rug. I think they were quiet because they didn’t want it to shape their entire identity. When I came out as gay, I wasn’t ashamed of being gay, I was more worried that people would stop looking at me as ‘Dan’ and start seeing me as ‘Dan, the gay guy.’ Now, I don’t want people to see me as ‘Dan, the guy with cancer.’ In my last years, I just want to be Dan.”

I’ve been processing my conversation with Dan since I spoke with him a few weeks ago. Labels are powerful. Labels like:

Whatever label gets attached to you, it often sticks. Some are stronger than others. Some are so strong, they define you. And — if I learned anything from Dan — it’s that labels that are attached to death and dying might be the strongest. Labels like …

And maybe why people are often tentative to share those labels … to share their hard stories … is because they want to be enjoyed, not pitied.

How I talk about death with Jeremiah

by Caleb Wilde in Death

Kids and death.  Okay, guys.  Here’s how I talk to Jeremiah about death.

I tell him that I don’t have all the answers.

I tell him that it makes me scared too.

And when someone we love inevitably dies, I won’t hide my tears from him.

I’ll respect the uniqueness of his grief.

I won’t project my fears onto him.

I won’t project my experience onto his.

I’ll let him experience all his feelings, while reassuring him that I’m there for him if he needs me. . . not as an expert on death or grief, but as a brother in his grief because his love and his grief are just as valid as mine.

I’ll let him decide whether or not he sees the body of the deceased (but I’ll gently encourage him to see it because tough and hard things aren’t the same as bad things).

I talk about death with him now.

I’ve let him know that someday I’ll die and his mom will die, but that every time we love each other a piece of us gets embedded in him.

And I’ll fight — and fight as hard as I can — for his dreams because we only get one shot at life.

I won’t keep his own mortality a secret.  I’ll let him know how wonderful and frightening this journey can be, but it’s a journey we can walk together.

I’ll show my love to him as smartly and as often as I can because I know how fast time flies and how short life is.

And I’ll let him move our caskets from our storage garage because pushing caskets down the sidewalk can be weird and fun all at the same time.

by Caleb Wilde in Burnout and Compassion Fatigue

Anyone else have trouble validating their own pain and problems because “there’s always people who have it worse?” 🙋🏻‍♂️

So, I’m riding shotgun with @nicwilde while she tries on new jeans at @express.  Those of you who have walked through this valley know this particular challenge.  I mean, I totally love my wife, even after the 36th pair of jeans we’ve appraised in the trifold mirror.  And if I want something other than pure joy, I’m entitled to that feeling even if nearly one billion people in the world are undernourished.

Real talk.  I actually love shopping with my wife because she’s lovely and I love spending time with her.  Also, it REALLY is hard for me to validate my pain and problems when I constantly see people in more pain than I am.  Why do we compare ourselves?  Maybe it’s some evolutionary function that has us continually sizing up rivals?  I don’t know where it comes from, but I know for a fact that it is hardly ever helpful.  Maybe it worked for our evolutionary ancestors, but it doesn’t work for us anymore.  It makes us jealous and unhappy and unsatisfied and mean and possessive and inhuman.

I’m starting to allow myself to validate my pain.  I know there’s people in more pain than me.  Believe me, I know.  And there’s a bunch of cliche reasons why I’m taking care of me, like: “in an airplane, put your own mask on first” and “it’s selfless to be selfish.” And all those reasons are good.  For me — right now— I’m validating my pain because I know I need to get better.  I need to be a better husband, father and funeral director.  And I think if I validate my pain, I can be better.  Because if I validate my pain, I might be able to go another round of 36 jeans.

by Caleb Wilde in Grief 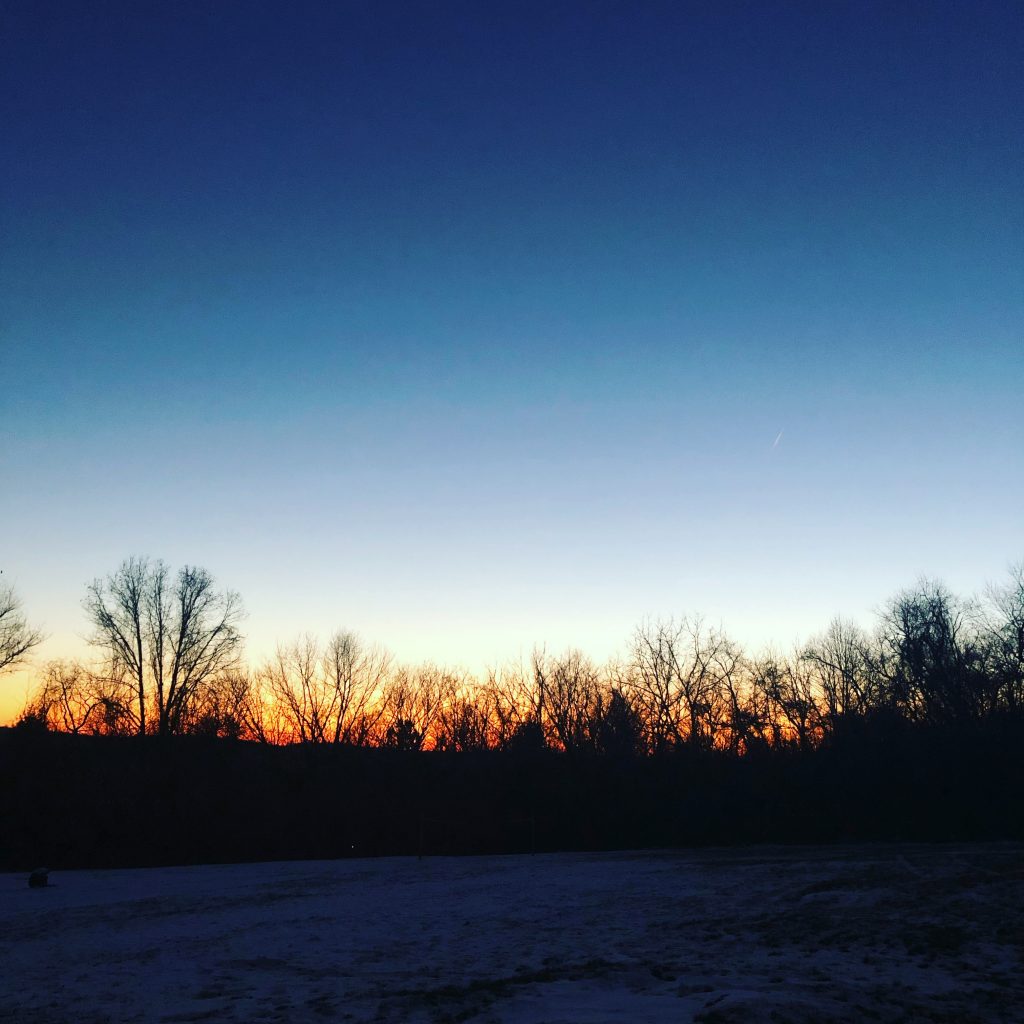 Friends, you’re not a failure!

When your loved one dies, you haven’t failed them.

When you haven’t practiced the best self care because death has consumed you, you’re not a failure.

When you go back to work and you’re still grieving just as hard as ever, you’re not a failure.

When the decision is made to take your loved one off of life support, you’re not a failure!

When you can’t decide on what music your loved one would want for the memorial service or what outfit they should wear for the viewing, or the type of food for the luncheon, you’re not a failure.

If there’s tension in your family — with your siblings or children — you’re not a failure.

If you’re just getting by or you can’t do it and you have no idea how you’ll go another day, you’re not a failure.

If you need people in your life, you’re not a failure.

If you need help, you’re not a failure.

If you’re angry at the deceased, or you’re not grieving the way you think you should be (FYI, there’s no right way), if you feel guilty, or you laugh and feel some joy, you’re not a failure.

If you’re finding new love, you’re not a failure.

If you “missed the (sickness) signs”, you’re not a failure.

If you haven’t done the laundry and there’s a pile of dishes in the sink, death is messy and you haven’t failed!

Please add your own “If (fill in the blank) you’re not a failure!”in the comments below!

Working with my depression 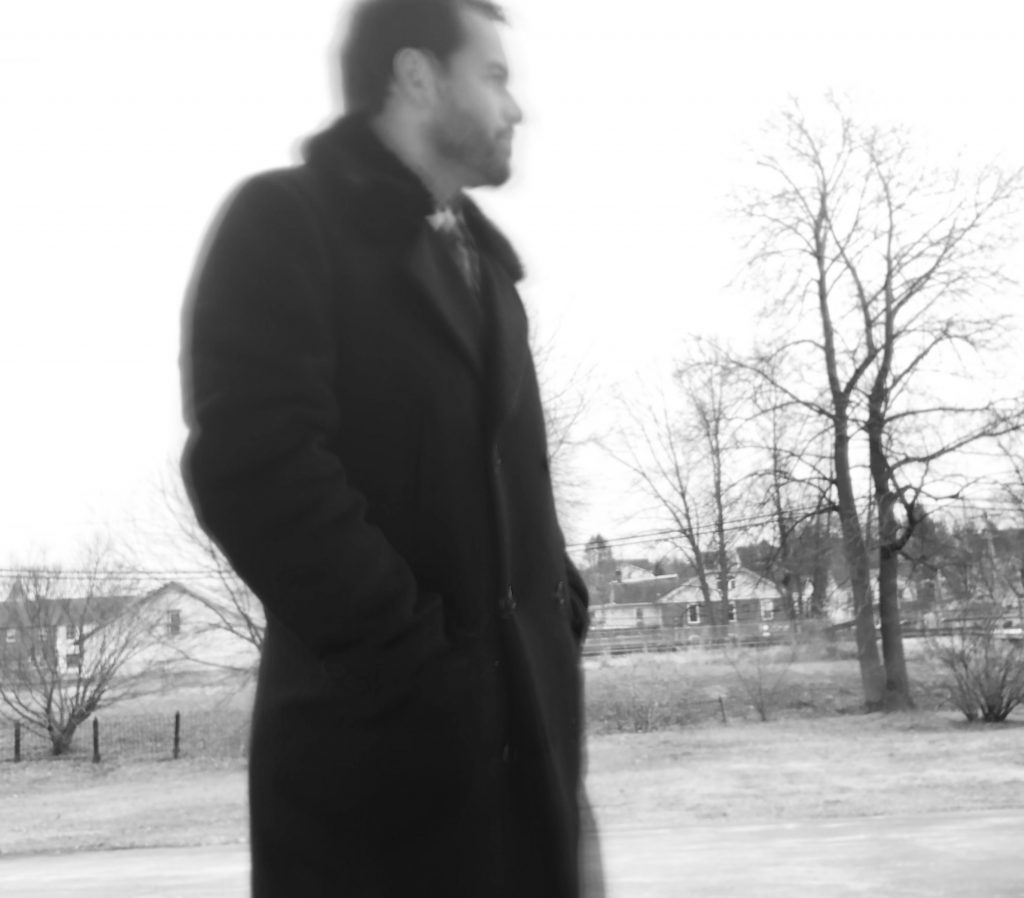 I’ve never been 100% sure that I belong in this business.  The ideal model of a funeral director is a paragon of sanguinity and stability.  I’m neither.

I have depression.  Whether it’s an illness, or due to the work I do, or a product of both, it’s bad enough that two different anti-depressants at above normal dosages are just enough to keep me from sliding down the slippery slope.  I’ve been open about my depression on the internet and it’s elicited a lot of support, but the voices that scream loudest come from those stable funeral directors who send me a “this job isn’t for you”, “it’s time to get out”, and “just suck it up, millennial” message or comment.  I’ve tried not to pay them mind (that is the first rule of an online platform), but it reinforces my own self-doubt.

For most of my career, I’ve been ashamed of my depression, of the thoughts that bombard my mind.  Ashamed that I spend SO MUCH energy trying to keep myself upright that I have so little energy left for others.  Ashamed that I’m not and will never be entirely stable.  But over the last couple of years, I’ve started to make a change in how I approach depression.  Grammatically, it’s a simple change in a preposition.  Here’s the change: for most of my career, I tried to work AROUND my depression, but recently I’m trying to work WITH it.

Here’s what that means for me: it’s an acknowledgment — that comes from years of reinforcement — that I have depression.  I no longer paint smiles on my face, or try to exude this veneer that I have it all together.  I’m just … myself.  I don’t want to go Pollyanna and give you the impression that everything’s better when we accept ourselves, because it’s not.  But it does give those around us the permission to do the same.  Oddly enough, around death and grief, my weakness can be a strength.  Because when we acknowledge our pain, we lay the cornerstone in the sanctuary of grief.  And if I can build a sanctuary for grief, that’s something I can feel good about.