« How to Plan for Death
Can Grief Hide and Come Back Later? » 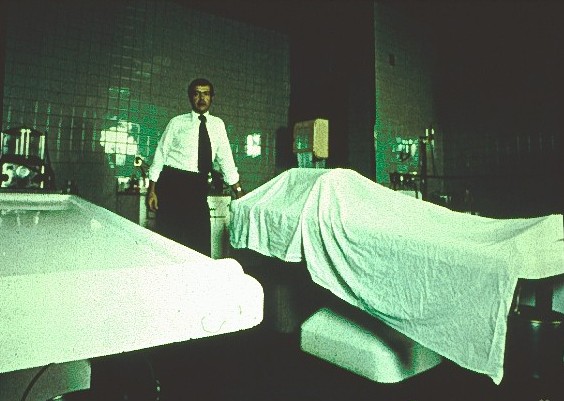 (The gender pronouns are slightly outdated in this poem, but it’s easy enough to substitute she for he.)

This is for the undertaker,
Whose story is sad to tell,
For what he does is never mentioned,
and often overlooked as well.
He’s not at all what you might picture,
He’s not wrinkled, old and gray.
His face is not the pasty white,
Like storybooks portray.

Some people laugh and make their jokes,
And some turn up their nose,
And many think that he is strange,
For the life that he has chose.

I have seen him work both day and night,
With no time to eat or sleep.
To care for those in mourning,
And comfort those who weep.

The load he carries on his shoulders,
Is more than you or I could bear.
But he always seems to find the time,
To show you that he cares.

Take the time to shake his hand,
And a moment to just say “hi.”
I think you’ll find the undertaker,
Is just an ordinary guy.

This entry was posted by Caleb Wilde on September 2, 2013 at 9:25 am, and is filed under Funeral Directing. Follow any responses to this post through RSS 2.0.You can leave a response or trackback from your own site.