Death and LGBT Rights: Why It Matters

Yesterday I wrote a post about my conversion to being pro LGBT rights.  Here’s an excerpt:

It’s important to note that one of the actual cases that SCOTUS ruled on was this: James Obergefell simply wanted his name listed as “spouse” on his deceased husband’s Ohio death certificate.  James wasn’t trying to make a political statement.  He had been John Arthur’s partner for 20 years and his husband (he was married in Washington D.C.) for a few months.  John died of ALS and the state of Ohio refused to allow James to be listed as his husband.  Thus, Obergefell v. Hodges was born — like much of the LGBT movement — out of death.

After I hit publish on my “How Death and Dying Changed My Perspective on LGBT Rights” yesterday, within a few hours I received a message from a reader who wishes to remain anonymous.  He wrote,

If you use this, please make it anonymous.  I could actually lose my license for this.

When I was a pretty new nurse in the ICU, I took care of a gentleman named Matthew who was dying of a hospital-acquired infection.  He had minor surgery at a different facility, and came to us in very critical condition.  However, he was well enough to tell us that his partner, John was to make all medical and legal decisions for him.  He had not spoken to anyone in his family for about thirty years.  They disowned him when he came out as gay.

Matthew signed the appropriate paperwork and later that night he was intubated, sedated, and eventually became extremely unstable.

John never left his bedside. It was obvious that he was very much in love with my patient.  Over the next several days, he told me about their life together.  When it became obvious that Matthew was not going to get well, John called my patient’s parents.   He felt like they would never forgive themselves if they didn’t see him before he died.

His parents walked into the ICU, ordered John out, and began throwing a fit.  John eventually said that he would go to the waiting room for a little while, because he was worried that Matthew could hear the anger and hate spewing out of his parents.

His family demanded to see the attending physician, the house supervisor, and eventually the on-call executive for the facility.  They wanted John barred from the hospital immediately.  The parents argued that they were my patient’s legal next of kin, and that they would sue if the decision making was not granted to them.

The nurses did not.

We snuck John into Matthew’s room every time the mother left.  He died about 36 hours later.

John did not get to make Matthew’s funeral arrangements.  He was not holding Matthew’s hand when he died.  His mother sat in a chair across the room, staring at the son she alienated until he finally died, alone.  His father never came back to the hospital after he established his dominance over John.

The SCOTUS has made it impossible for the spouse of an LGBT person to be hurt as John was hurt.  It is about time.

This is why LGBT rights matter.

How Death and Dying Changed My Perspective on LGBT Rights 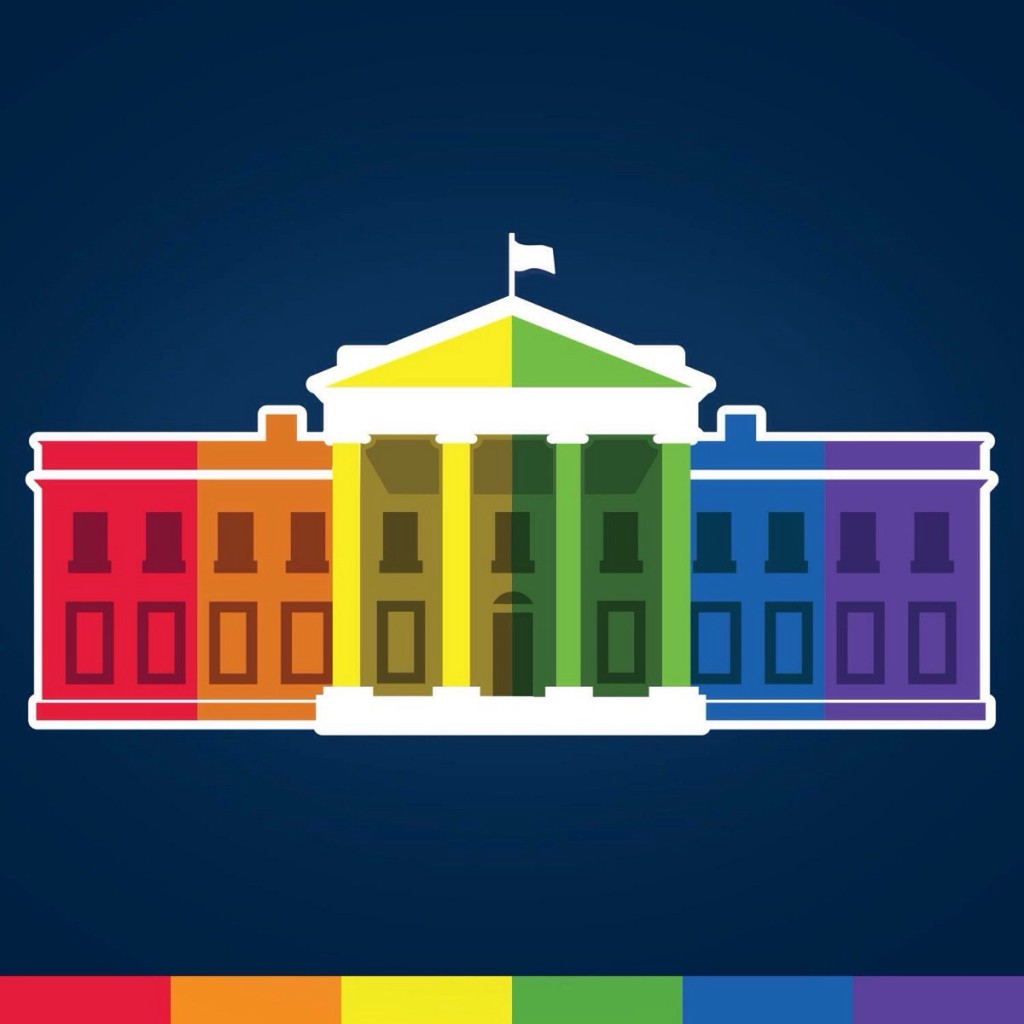 I didn’t grow up in a context where the LGBT community was generally accepted.  I suppose that many in my generation (and those before us) experienced a time when they were (or continue to be) either indifferent or against LGBT rights.

Like many people my age, I experienced a conversion of sorts from being anti LGBT rights to being an advocate for them.  My “conversion” was gradual and — like the conversion of many heterosexuals — it involved meeting, befriending and loving people who identify as LGBT.  Today, I consider some of my best friends to be gay, lesbian and trans.

But, perhaps the largest influence in my conversion was the practical implications that I witnessed as a funeral director surrounding death and dying.

As a principle, I believe that those who love us in life should be the ones who take care of us in death.

In places that lack LGBT rights, that simple principle is denied to committed LGBT couples.

Without a legal recognition of marriage, a gay or lesbian couple doesn’t have the next-of-kin right to make funeral arrangements.  That right either falls to the deceased’s children and / or parents.  And too often — and I believe this is changing — those parents or children barred the deceased’s partner from any involvement in the funeral.  I’ve seen this circumstance play out on a number of occasions.  It’s hurtful, it’s difficult and it’s intrinsically wrong.

Again, if you loved and committed yourself to someone in life, that love and commitment and care should extend to death.

What if you were told that your spouse cannot be buried next to you?

Or that you’ll have to pay a large tax bill upon your spouse’s death that your neighbors, who have been married a shorter time than you and your loved one were, won’t have to?

Imagine you get a call from your spouse’s sister that your loved one has taken a turn for the worse at the hospital, and the doctors expect them to die very soon. You rush to the hospital, but find that not only will the doctors not tell you what’s going on, but you are barred from entering the room where your partner of 25 years lay dying. For many, this heart-wrenching scenario was all too real until 2011, when the federal government issued a directive that all hospitals that receive federal aid must allow people to designate those who can visit or speak for them in the hospital. Sadly, as recently as this year, there have been cases where individuals have had those rights infringed upon by individual hospitals.

While the movement for same-sex marriage has gained ground on a state-by-state level, with 13 states, the District of Columbia, and several federally recognized Native American tribes all issuing marriage licenses to same-sex couples, there were until recently many hurdles on the federal level – and the dust is far from settled in Washington. Add to this the states that have passed laws expressly forbidding same-sex marriage, and you’re potentially adding layer upon layer of struggle on top of the grief someone experiences at the death of someone who has stood by them for years.

Even as the United States Supreme Court ruled that the federal Defense of Marriage Act (DOMA) – passed in 1996 and defining legal marriage as between one man and one woman – unconstitutional in June, the picture for same-sex couples became even murkier. Suddenly, depending on which part of the federal government you asked, you were either entitled to benefits or you weren’t. The same week that DOMA was ruled on by the Supreme Court, the Department of Defense began providing equal benefits to same-sex couples, including death benefits.

Among these was the right for same-sex spouses of those eligible to be buried in Arlington National Cemetery. However, the majority of the remaining national cemeteries in the United States are overseen by the Department of Veterans Affairs. It wasn’t until the beginning of September that the VA was directed to begin offering all the same benefits to same-sex couples that others had been entitled to for years, including the right to be buried in a national cemetery operated by the VA’s National Cemetery Administration. In fact, before that directive from the Department of Justice, same-sex couples had to apply for special waivers for burial – and only one had ever been granted. With such dissonance between two parts of the same government, there are no doubt still hurdles to climb and red tape to cut!

Also, in late August, the IRS announced that it would treat same-sex spouses married in states that recognize their marriages for tax purposes, even if the couple officially resided in a state that either does not recognize or officially bans same-sex marriages. These couples can now file jointly, and are entitled to all the same federal tax benefits other married couples are.

Though there have obviously been significant steps forward for same-sex couples in the last few months, the recency of these decisions may still lead to a great deal of confusion for many, and the pace and inconsistency of these changes highlights the fact that, regardless of legal marital status, it remains vitally important for everyone  — especially same-sex couples — to discuss end-of-life issues with their loved ones. Do not simply assume that because you hold a marriage license and are extended certain benefits, you’ll be extended those benefits and courtesies across the board, regardless of where you are in the United States. Communication has long been cited as an important component of any long-lasting, loving relationship. Put those skills to use. Talk to each other about your wishes and write them down.

Avoiding talking about death and dying doesn’t postpone the inevitable, and especially in cases such as the ones mentioned above where the law has been rapidly evolving, it can make things even more difficult. You’ve been partners throughout life, supporting one another no matter the hurdles along the way. Don’t shrink from that teamwork now. Do all that you can to help prepare one another for all of life’s events – especially the ones at the end of it. 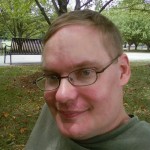 Today’s guest post is written by my friend Chad Harris.  This from Chad: I’m a graduate student at Hood College in Maryland, where I am pursuing coursework in thanatology for eventual certification as a thanatologist and death educator. Upon graduating (hopefully in May!), It’s my hope to work with military families and veterans, a passion I first discovered while working within the Department of Veterans Affairs health-care system.