by Caleb Wilde in Death of a Parent, Death Perspectives

Today’s post is part of the “Death Perspectives” series; a series of guest posts written by those from different faith, or non-faith, persuasions, explaining how they’ve approached death, bereavement and grief.

Today’s guest post is from Willem Dunham.  This from Willem: I’m 55, owned and operated by a pit/lab mix and a batshit crazy rat terrier, both rescues. i believe the greatest gift and responsibility is to bear witness to one another’s lives. to that end, i am chasing down my dream; photography. i occasionally write, philosophize frequently, and wish i’d been braver sooner.

I am an atheist. A man without religion or belief in any gods.

I have two brothers and two sisters. Each of them has a belief in god or a higher power. Each of them worships their beliefs in some fashion.

Both my parents, and their parents, believed in god, although I can’t recall more than a couple of times they went to church.

Almost four years ago, my mom died. I’d spent the last 2-3 years of her life with her, looking after her. Difficult as it was at times, I wouldn’t trade that time for anything in the world. As much as our parents give us from the time we join this world, they’re trying to teach us to be good people. Toward the end of Mom’s life, she showed me who she was, and allowed me the opportunity to show her the kind of man I am. The hardest thing I will ever do was to watch her draw her last breath on this earth.

People try to find the kindest ways they can to express their sympathies and to try to allay fears and soften pain for someone who is going through this loss. Quite honestly, they don’t help much. I don’t want to hear that Mom is in a better place. For my money, being dead and buried is not better than being alive and moving around. Because America is a predominantly Christian country, most people assume that I believe as they do. That is where hearing that she’s “with the angels now”, “god called her home”, “Jesus needed another angel” isn’t very helpful. I realize (intellectually) that these platitudes give comfort to people who believe, who hope for an afterlife, where you don’t really die, after all. For those of us who believe differently, or believe not at all, this isn’t comfort for us…it’s comfort for the speaker.

The question comes around, then, to where does a nonbeliever find comfort and solace in these times? I can speak only for myself, when I say this: I have faith. Faith in the human spirit, in the resilience of the heart, in the ability of the mind to hold fast to dear memories of perished loved ones. I find little ways to keep Mom present in my life.

Her father was a baker, and she naturally had a love of baked goods. While I enjoy cooking, baking has never really been of interest to me. Until, of course, she couldn’t keep regular food down and would ask and ask for a pie, a cake, some cookies. So, I learned to bake for her. And, in doing it for someone I treasured, I learned to love it. Now, each time I get in the kitchen to bake something, it’s as if she’s right there “helping” like she did. It’s silliness and joking. It’s time I got to have with her, where we were just hanging out and talking.

Mom loved to drive. She’d told me stories of growing up, saving money so she could give it to her Mother for gas in the car, so they could “go for a drive”. As she got older, she had to give driving up, as she just didn’t feel she was safe on the road. Coming from two people who loved roadtrips and travel, I have the wanderlust as well. When she could no longer drive, I would take her for a ride. Some nights, it was the only way she could sleep…sitting in the passenger seat, looking out the window. In the last few years of her life, we took roadtrips to places she’d wanted to see. And we loved it. She’d make us sandwiches for the trip, we’d sing to the radio, talk, and ride in comfortable silence.

I have some of her things, the ones that speak to the things she loved to do. I have her oil paints, brushes and canvases. I will learn to paint, to keep her brushes active. I have her sewing machine, and will learn to do a better job of sewing, so I can have an erstwhile hug in the things I learn to make. When I finally settle in someplace, I will grow roses, so I might find the peace in them that she did. I have an old sweater she wore all the time. I have it sealed up in a bag, so it will hold her smell. When I get truly lonely, I can take that out and have her with me.

I have photographs of my mother from different ages in her life. Some are shy and awkward, as teenage girls can be. Some are stunning examples of the most beautiful woman I’ve ever loved. Others show her propensity for silly faces and antics. I am a photographer, and have my own captured moments that I can relive looking at them.

None of these things takes away the pain, the feeling of loss. Time is taking the sharp edges off, but it still remains. I think it will be with me always. I do have small ways to remember, to keep her a part of my world, a part of my life. I still talk to her, ask her opinions, wish she were with me when I travel and see new things.

Rather than rely on religious doctrine and a belief that she’s “up there” waiting for us to be reunited, I take the time to hug babies…they’re squishy and smell funny. Kind of like Mom. I remember. I tell stories, and remember the parts of herself as a person that she trusted with me, trusted to my memory and ideas of her as a person.

In closing, I’d just like to say that, for the people who believe in heaven and the idea of being reunited with all their loved ones… I really hope that’s true for you.

Per the Pew Research Center, the fastest growing religious segment in America are those who claim to be “unaffiliated”, which is comprised mostly of atheists and agnostics.  As a Christian myself, I’m frequently disturbed by the false assumptions and harsh judgments that my fellow believers make towards atheists.  I’m especially thankful for Willem and his willingness to allow a glimpse into his life and how his beliefs have informed his grief process.  It’s particularly valuable for those of us who are religious, as we too can learn something from Willem’s experiences.

by Caleb Wilde in Death Perspectives 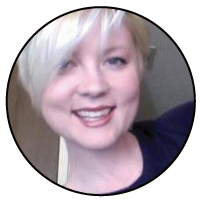 Today I’d like to start a series of irregular guest posts called “Death Perspectives”, where people from different religious and non-religious perspectives share how they understand death as informed by their religion.  And I’m happy that my first guest post is from a fellow funeral director, Heather Hernandez.

After you read her post, ask her questions about how her perspective informs her views of dying, death and funerals.  She’s very eloquent and can help you understand how an Atheist views death.

It is a quiet moment, the one during a funeral service or a rosary or a mass. Someone – priest, preacher, family member – has asked us to bow our heads in prayer. I interlace my fingers, hands clasped in front of me.  As I listen to the silence of people around me as they focus on their commune with God, I take the moment for a deep breath and a concentrated effort for the purity of blank meditation. My eyes are open, and I scan the room from the back corner. I’m not communicating with anyone but my own inner monologue. I hear the echo of “amen” as the prayer concludes, but not from my own throat.

I am an atheist.

I am a funeral director.

It is a unique thing to be a person without faith working in an industry where faith is often a driving force for what we do. Our funeral rites and rituals have a basis in religion more often than not, and I interact with people from all walks of religion on a daily basis. I appreciate that my families have beliefs to give them solace, faith to warm their hearts and dull the sharp sting of grief to an ache.

I am not usually an evangelical atheist. I would never dream of stepping outside of my role as a funeral director to criticize someone else’s rituals or step on their hopes of an afterlife. Lately, I only feel the need to speak up about my beliefs because non-believers are often painted in a negative light, as amoral and non-contributive to society and our communities. I look at myself and I don’t see that.

I am a military wife supporting a husband about to deploy to Afghanistan.

I am an animal-lover who stopped four lanes of traffic to rescue two terrified stray dogs.

I am a volunteer at my local library, teaching adults how to read.

The way that I choose to live is directly affected by my atheism. It’s hard for me to look at my husband, my parents, my sisters and my best friends and realize that in my reality there is no afterlife. There’s no light at the end of the tunnel or Heaven where we meet up and spend the rest of eternity in each others’ company.

What I do get is the realization that the here and now is all I get. I have to enjoy every single second that I get here, every breath I take, every opportunity to reach out and hold my husband’s hand or call my parents and tell them I love them. I don’t believe that I get a do-over or forgiveness to wipe the slate clean, and I am therefore my own harshest critic. I want to be remembered as someone who always did the right thing the right way, who served others and loved as hard as she could.

I am an atheist, but sometimes, even though I’m not thanking God, I take that quick moment of silence during the Lord’s Prayer to reflect and appreciate how grateful I am for the time I do have and all the wonderful ways I can spend it.

Heather Hernandez is a mid-20s graduate of mortuary college, navigating the complexities of death care as a first generation funeral director. When she’s not running services, she’s also a wife, a dog-lover, and an amateur taxidermist. You can read her blog at http://mortuaryreport.com/ or check out her taxidermied mice and other artwork at http://www.etsy.com/shop/mortuaryreport.