Grief Online: The Dos and Don’ts of Internet Etiquette

Everyone seems to be online these days, and even if you are not on much, odds are that you have a Facebook, Twitter, Pinterest, Tumblr or Instagram account. With so much of our socializing done virtually, it is no surprise that we are grieving and mourning the deaths of our loved ones online too.

Here are a few Dos and Don’ts for grieving online.

• Don’t announce the death of someone online unless you are sure that the family, friends and anyone that should know about the death, knows already.

The most recent example of this was Wall Street Journal’s breaking news tweet on Philip Seymour Hoffman’s death. Both the death and the details of how he died were tweeted before his family was aware that he had died.

• Once everyone knows about the death, it is okay to post details about the funeral, wake, celebration of life ceremony online so that everyone knows, but please don’t create an Evite for it.

Evites are great for invitations — they are convenient and quick, but they shouldn’t be used in this case for three reasons:

1) They depend on the regular checking of email, and since funerals and memorials are generally held somewhat quickly, those invited may not get the email in time.
2) Evites sometimes land in the invitee’s junk folder, which means they won’t receive them, and funerals and memorials are meant to be open to anyone the deceased knew.
3) Evites are only for those that receive an invitation.

• If someone is posting a picture of themselves with the deceased, they are doing so to let you know they are grieving, so don’t write snarky comments on that picture.

Don’t do it. Just don’t. It isn’t the right time or place. 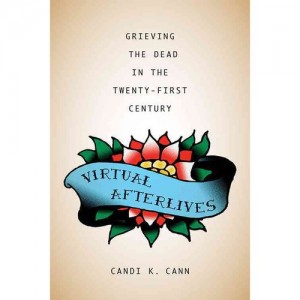 Yes, we know you were Tom’s last serious girlfriend before his marriage, and probably the reason he finally got his act together to be able to commit to his wife and have children, but that doesn’t mean you should post old love letters or pictures to his webpage. His wife and all the rest of his family just won’t find it appropriate, and it might make their grief worse.

And yes, your position as ex-girlfriend means that you have a right to grieve, and that there is really no place for you to do so, but you will need to stick to your group of girlfriends, or maybe on your own private social media. While the Internet is awesome for giving everyone a voice, sometimes we need to think about our audience.

Yes, your neighbor was a jerk, but if you didn’t say it to his face before he died, then it’s too late now. If you did, then he already knows how you feel, and there’s just no point in making his family and friends feel worse.

• Along those lines, don’t say anything negative about the living posting about the dead.

Yes, we are all getting tired of Katie’s sappy (and badly written, I might add) poems that she keeps writing and posting to her deceased best friend’s page, but please don’t say anything. Remember the old adage — if you can’t say anything nice, then don’t say anything at all? Well, remember it. Or at least, if you must say something that’s not nice, then say it to a close friend who has never met Katie. That way you can be sure Katie won’t find out.

And last, but not least, those funeral selfies.

• If you insist on taking a funeral selfie, try to keep the dead out of the pictures.

There’s a reason some people don’t go to wakes or funerals — they simply don’t know what to do with that open casket. Or maybe they want their last memory of Grandma to be a living one. If you must take a funeral selfie, please make sure there are no glimpses of Grandma in her casket. It’s bad enough we have to see pictures of your cute cat five times a day, we really don’t want to see your dead grandmother before we’ve even had our morning coffee.

ABOUT THE AUTHOR: Candi K. Cann received both her A.M. and Ph.D. in Comparative Religion from Harvard University, and her research focuses on death and dying, and the impact of remembering (and forgetting) in shaping how lives are recalled, remembered and celebrated. An avid reader, traveler, and lover of poetry, her passions are spending time with her family and friends and living well.

You can follow Candi on Twitter and pre-order her upcoming book, Virtual Afterlives: Grieving the Dead in the Twenty-First Century.

As more of our friendships become virtual via online communities, what happens when those virtual friends die in real life?

Today, I’m excited to host the creator of Navigating Cyberloss, a truly innovative and genuinely supportive website for an exponentially growing segment of people dealing with grief from the death of online friends.  Casey is years ahead in recognizing the changing landscape of both grief and funeralization.

Here’s the story that prompted the creation of Navigating Cyberloss.

There must be thousands of ways for a friendship to begin. My most cherished friendship began in one of the strangest. If somebody had asked me beforehand, I wouldn’t have thought it possible that two people could form such a strong bond based on five words…well, maybe if those five words weren’t “Banana and toffee, I think.”

Those were the first five words I wrote to Chris Thomas in February 2006. She was a devoted fan of George Harrison, as I am, and it was through the official George Harrison fan forum that we met. That day in February 2006 happened to be the twenty-fifth, which would have been George Harrison’s 63rd birthday. We fans were taking part in a virtual celebration for him, during which a moderator had offered some ‘banoffee pie’.

Chris wasn’t sure what banoffee was, and I wasn’t 100% certain, but I offered my best guess, and she appreciated it. We stayed in contact for a while through her forum thread, and then began to exchange emails and instant messages on a regular basis, communicating almost every night. Even though she lived in Argentina, she became one of my dearest friends.
Through reading Chris’ posts on the forum, I became aware of her battle with cancer. Although it was one of the most difficult experiences I had ever faced I remained supportive, offering what little assistance I could through our conversations and helping her get back into playing guitar, a skill that she passed on to her son.

At times when Chris’ health prevented her from updating the community on her condition, other users would keep in touch and pass any news on to us. There was an air of loving support which was present in all contact that the forum members had with Chris, and we all hoped against hope that somehow she’d beat it.

One instance raised all our hopes, in November 2006, when Chris posted on the board to say that she was in remission. Unfortunately, it didn’t last, and in January 2007, Chris and I had what would be our last conversation. She reported that she had moved across the country to receive stronger treatment, and spoke of surgery the following month. Although she expressed hope that she’d be with us all again ‘maybe next year’, I somehow knew that wouldn’t be the case. The penultimate words she wrote to me have stayed with me to this day: ‘I leave now.’ I somehow knew that phrase meant more than she was letting on…

The third of April brought confirmation of what the board community had dreaded, when one of our members wrote that he had heard from her brother that Chris only had a few days left.

Personally, I think knowing that bad news is coming sometimes makes it harder to bear.. That first night of knowing was spent wishing for sleep and praying that if it had to be that way, it would be painless. The next morning, I participated in a communal playing of ‘My Sweet Lord’ – Chris’ favourite George song, to show her, in spirit at least, that we were thinking of her as she made her way Home.

Easter Sunday, April 8 2007, was also the day that Chris passed away. Due to time differences, I didn’t hear until the ninth, the day I woke up and knew without a doubt what had happened. It was just before 7.15am when I logged onto the board, and read the news.

I was far from prepared but somehow knew what I had to do. I played George Harrison’s song ‘All Things Must Pass’ and thought lovingly of the person I’d had the privilege of knowing for an all too short period of time.

I grieved deeply for two years afterwards, and grieve to this day. Somewhere in the midst of my discomfort, I searched for assistance in dealing with the loss of online friends, and found nothing which discussed what I was trying to comprehend.

In November 2010, I started the blog Navigating Cyberloss to fill that gap, reasoning that I couldn’t possibly be the only person who had experienced meaningful online friendship, and devastating online loss. The blog is intended to provide community and support for people who have endured similar losses, offering them a place to share and remember with others who have suffered in this way. It is my hope that cyberloss will become a recognised issue which can be legitimately discussed alongside other types of loss, ensuring that those affected do not experience the same isolation I felt at first.