« Ash Wednesday: The Day We Doubt Our Immortality Projects
Grief Online: The Dos and Don’ts of Internet Etiquette »

What to Look for When You Hire a Funeral Director 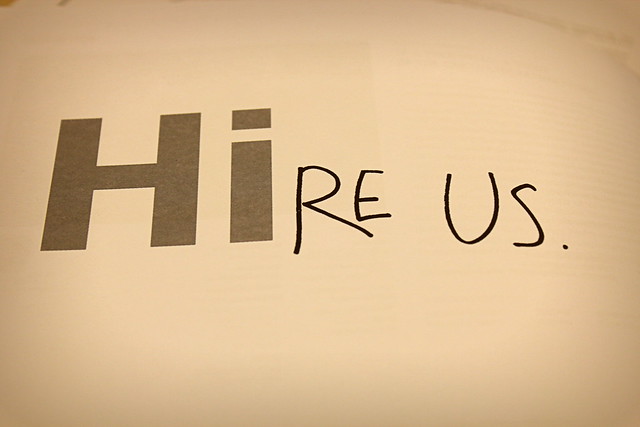 Today, many families live in transience.  Jobs and wanderlust have us town hopping.

Transience is fun, until someone dies.  Whereas generations before would call a funeral director that they personally knew, you now have to entrust your loved one to a complete stranger. So, you play mortician roulette and hope that the funeral director you happen to pick doesn’t end up making mom look like a Picasso painting.

Hopefully, you’re in a position where you already know a good funeral director.  But, if you – like many others – don’t know ANY local funeral directors, here’s a list of characteristics that you should look for when picking one.

Traditional advertising doesn’t always work for funeral homes.  Who wants to see the name of a funeral home on the back of their son’s T-Ball uniform?

We attempt to make up for our lack of advertising opportunities by investing in civic and community events and organizations. As we all know, trust isn’t bought, it’s earned over years and years of consistent professionalism, compassion and bacon gifting.  This trust creates a reputation and funeral homes — like all businesses — guard our reputations with tenacity because we know that our best advertisement comes by word of mouth.

We may not have Oprah’s skillz, but we should be pretty good.

There is often a HUGE cost difference from one funeral home to the next, while the value isn’t much different.

About a year ago, a husband and wife died about four months apart.  The wife knew us so we buried her and the husband knew the funeral home in a neighboring town, so they buried him.  They both had the same funeral, same casket, vault, etc.  The family called us to let us know that the other funeral home charged $3,000 more.  Same value, different cost.

Good funeral directors don’t have to share your beliefs, your lifestyle, your culture, but they should know how to communicate respect for all that is you.  Although you can’t expect us to play Nickelback at a funeral.  That’s asking too much.

If you EVER feel pressure from a funeral home or funeral director to buy something more expensive — or something you don’t want — FIRE THEM!  Seriously, just fire them.  Walk out if you need to.  The fact is that your mind is already clouded by grief and the last thing you need in your life is something trying to squeeze money out of you … because they will.  You just experienced a death in your life.  You need people who love you, NOT people who want to exploit you.

They understand this time is about the deceased and you.  I’ve met too many self-important funeral directors who have had their ego inflated by one too many compliments from the choir.  Stay away from them.

We aren’t slaves, but we are servants.  And we should be willing to walk the extra mile to personalize a funeral to your wishes.  Unless, of course, that extra mile involves a nudist themed funeral.  Then no.  Just no.  No.

If you loved one didn’t preplan their funeral, you might not know what to do.  A good funeral director will give you good direction.  She will help you feel confident in your choices and decisions.

The rule enables consumers to select and purchase only the goods and services they want, except for those which may be required by law and a basic services fee. Also, funeral providers must seek authorization before performing some services, such as embalming.

This entry was posted by Caleb Wilde on March 7, 2014 at 11:45 am, and is filed under Consumer Rights, Funeral Directing. Follow any responses to this post through RSS 2.0.You can leave a response or trackback from your own site.