« You have a point, Mr. Hari.
The Children of Funeral Directors are the Best » 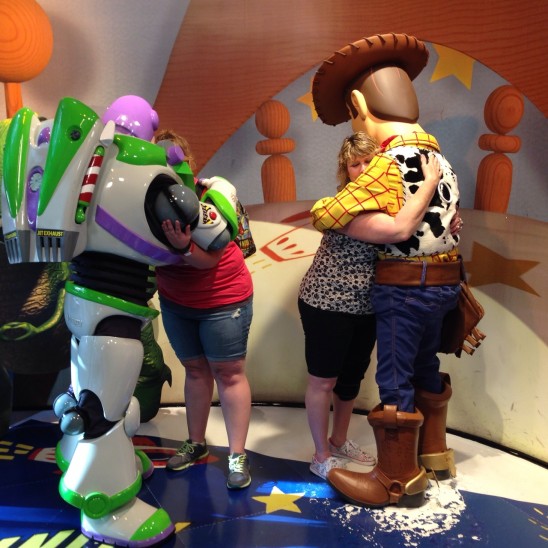 This awesome story is written by Tumblr user Annie and was originally posted on her Tumblr page.  I messaged Annie and asked if I could share her story here and she agreed.

As some of you know, my brother died last year. It was actually 8 months ago today. Anyways, when my mom and I went to Hollywood Studios yesterday, we decided to stop and take pictures with Woody and Buzz in my younger brother’s honor. We were the only people in line without little kids and got strange looks, but stayed anyway.

When it was our turn for pics, both Buzz and Woody were very fun and playful and posed for pictures. At the end, though, my mom started to tear up, followed by me tearing up. My mom quietly explained to Woody that her son had passed away in October and that he loved Woody growing up, that Toy Story was his favorite movie as a kid, and he had worn his Woody costume almost every day when he was little after he got it for Halloween.

My mom just said a quiet thank you and stepped back so that the next people in line could take a pic, but before she could get away, Woody pulled her into the tightest, sweetest hug. Buzz engulfed me in a hug, having heard what my mom said.

I’m not exaggerating that Woody hugged my mom for a solid minute as she cried on his shoulder and everyone just got quiet and let us have our moment. The cast member that had my phone took pictures and then started to tear up himself. Woody finally let go of my mom just to pull me into a tight hug and Buzz hugged my mom.

While the character actors aren’t allowed to talk, they made a kissing sound to blow us each a kiss while they hugged us and I could hear Woody sniffing through the costume.

We walked away feeling bad for taking up so much time, but the cast members just smiled and told us they were glad we could have that moment. As we walked away, Woody and Buzz waved by and blew more kisses.

My mom turned to me, with tears still streaming down her face, and said that it was the best hug she had been given by anyone since my brother had died.

And that, ladies and gentlemen, is the magic of Disney.

This entry was posted by Caleb Wilde on June 16, 2014 at 8:35 am, and is filed under Children and Death. Follow any responses to this post through RSS 2.0.You can leave a response or trackback from your own site.