« An Infographic of Interesting Cremation Facts
From “Necropants” to 10 year old sociopaths, here are 11 strange and morbid death-related facts » 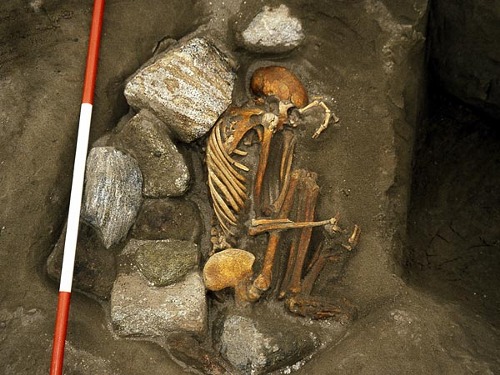 This from Tumblr user Sixpenceee

An international team of archaeologists have discovered that two mummies found on an island off the coast of Scotland are, like Dr. Frankenstein’s monster, composed of body parts from several different humans.

For example, scientists realized a female skeleton’s jaw didn’t fit with the rest of the skull, and after some DNA testing, they found that the bones had come from different people. In the case of a male skeleton, the parts were from people who lived hundreds of years apart.

The reason for this is still unclear.

This entry was posted by Caleb Wilde on August 15, 2014 at 3:02 pm, and is filed under Aggregate Death. Follow any responses to this post through RSS 2.0.You can leave a response or trackback from your own site.