« “Many Hopes Lie Buried Here”
Robin Williams’ Suicide: Why I hurt for the Williams family » 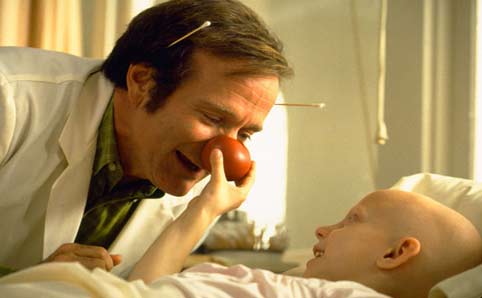 Most celebrity deaths don’t affect me too much.  For some reason Robin Williams’ death has.  When I first heard of his death I nearly broke into tears, prompting me to immediately reflect on why his passing elicited such an emotional response.

As was public knowledge, Williams suffered from severe depression, which caused him to both cope through various forms of substances, but it also seemed to inspire his comedic genius.  In fact, I always had the sense that his comedy somehow poured out of a deep current of pain … that the laughter he inspired was his way of brightening the darkness he saw in the world.  That in his depression, he fought back by inspiring laughter.  And I think that’s why so many — including myself — loved him.  With Robin Williams, you just had the feeling that his humor was deeper than the Vince Vaughns or the Jim Carreys of the world.  You had the feeling that his humor was genuinely meant to inspire your happiness … that his desire to make you smile was inspired by his pain.

Here’s a small story that acts as an example. Robin Williams and Christopher Reeve (of Superman fame) were roommates at Juilliard where they studied drama and became lifelong friends.  After Reeve had his devastating accident (that caused him to be a quadriplegic) and Reeve was in the hospital preparing for a surgery, this happened.

Reeve was approaching operation to reattach his skull to his spine (June 1995).  Reeve recollected that the surgery “was frightening to contemplate. … I already knew that I had only a fifty-fifty chance of surviving the surgery. … Then, at an especially bleak moment, the door flew open and in hurried a squat fellow with a blue scrub hat and a yellow surgical gown and glasses, speaking in a Russian accent.” The man announced that he was a proctologist and was going to perform a rectal exam on Reeve. It was Robin Williams, reprising his character from the film Nine Months. Reeve wrote: “For the first time since the accident, I laughed. My old friend had helped me know that somehow I was going to be okay.”

For those of us (like myself) who struggle with depression, some days it can be hard just to get out of bed.  But Robin Williams — somehow — in his pain inspired millions to laughter.  Thank you, Robin, for making the world brighter.  Thank you for finding the silver lining. 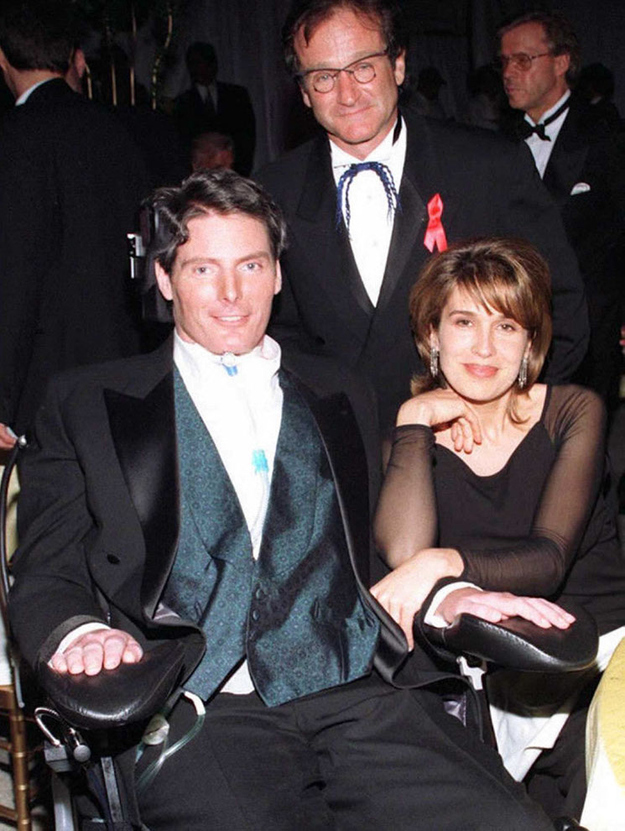 This entry was posted by Caleb Wilde on August 11, 2014 at 8:47 pm, and is filed under Celebrity Death. Follow any responses to this post through RSS 2.0.You can leave a response or trackback from your own site.