« Why Funeral Directors Become Narcissists: Seven Reasons
When an Obituary Mentions the Deceased’s Disdain of the Kardashians … » 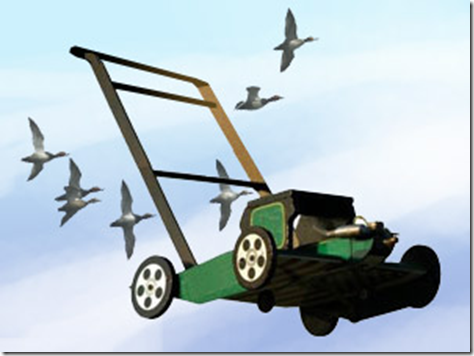 1923: George Herbert, 5th Earl of Carnarvon, died after a mosquito bite on his face, which he cut while shaving, became seriously infected with erysipelas, leading to blood poisoning and eventually pneumonia. Some have alleged his death is attributable to the so-called curse of the pharaohs.

1926: Phillip McClean, 16, from Queensland, Australia, became the only person documented to have been killed by a cassowary. After encountering the bird on their family property nearMossman in April, McClean and his brother decided to kill it with clubs. When McClean struck the bird, it knocked him down, then kicked him in the neck, opening a 1.25 cm (0.5 in) long cut in one of his main blood vessels. Though the boy managed to get back on his feet and run away, he collapsed a short while later and died from the hemorrhage.
1926: Harry Houdini, the famous American escape artist, was punched in the stomach by an amateur boxer. Though this had been done with Houdini’s permission as part of a bet, complications from this injury may have caused him to die days later, on 31 October 1926. It was later determined that Houdini died of a ruptured appendix,[43] though it is contested as to whether or not the punches actually caused the appendicitis.
1927: Isadora Duncan, dancer, died of a broken neck when her long scarf caught on the wheel of a car in which she was a passenger.
1958: Gareth Jones, actor, collapsed and died between scenes of a live television play, Underground, at the studios of Associated British Corporation in Manchester, England. DirectorTed Kotcheff continued the play to its conclusion, improvising around Jones’s absence. Coincidentally, Jones’s character was to have a heart-attack, which is what Jones suffered and died of.

1961: U.S. Army Specialists John A. Byrnes and Richard Leroy McKinley and Navy Electrician’s Mate Richard C. Legg were killed by a water hammer explosion during maintenance on the SL-1 nuclear reactor in Idaho.

1966: Skydiver Nick Piantanida died from the effects of uncontrolled decompression four months after an attempt to break the world record for the highest parachute jump. During his third attempt, his face mask came loose (or he possibly opened it by mistake), causing loss of air pressure and irreversible brain damage.

1971: Georgy Dobrovolsky, Vladislav Volkov and Viktor Patsayev, Soviet cosmonauts, died when their Soyuz-11 spacecraft depressurized during preparations for reentry. These are the only known human deaths outside the Earth’s atmosphere.

1974: Basil Brown, a 48-year-old health food advocate from Croydon, England, drank himself to death by consuming 10 gallons (37.85 litres) of carrot juice in ten days, causing him to overdose on vitamin A and suffer severe liver damage.

1977: Tom Pryce, a Welsh Formula 1 driver, was killed when struck on the head by a fire extinguisher when his car hit and killed a marshal who was running across the Kyalami race track to extinguish a burning car.

1978: Kurt Gödel, the Austrian/American logician and mathematician, died of starvation when his wife was hospitalized. Gödel suffered from extreme paranoia and refused to eat food prepared by anyone else.

1979: Robert Williams, a worker at a Ford Motor Co. plant, was the first known human to be killed by a robot, after the arm of a one-ton factory robot hit him in the head.

This entry was posted by Caleb Wilde on September 25, 2014 at 8:50 pm, and is filed under Aggregate Death. Follow any responses to this post through RSS 2.0.You can leave a response or trackback from your own site.