Matthew O’Reilly: “Am I dying?” The honest answer (A TED Talk) 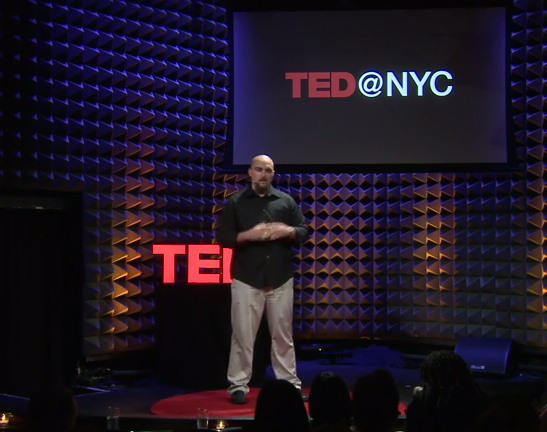 Here’s the text of the talk (the video is at the very bottom):

I’ve been a critical care EMT for the past seven years in Suffolk County, New York. I’ve been a first responder in a number of incidents ranging from car accidents to Hurricane Sandy.

If you are like most people, death might be one of your greatest fears. Some of us will see it coming.Some of us won’t. There is a little-known documented medical term called impending doom. It’s almost a symptom. As a medical provider, I’m trained to respond to this symptom like any other, so when a patient having a heart attack looks at me and says, “I’m going to die today,” we are trained to reevaluate the patient’s condition.

Throughout my career, I have responded to a number of incidents where the patient had minutes left to live and there was nothing I could do for them. With this, I was faced with a dilemma: Do I tell the dying that they are about to face death, or do I lie to them to comfort them? Early in my career, I faced this dilemma by simply lying. I was afraid. I was afraid if I told them the truth, that they would die in terror, in fear, just grasping for those last moments of life.

That all changed with one incident. Five years ago, I responded to a motorcycle accident. The rider had suffered critical, critical injuries. As I assessed him, I realized that there was nothing that could be done for him, and like so many other cases, he looked me in the eye and asked that question: “Am I going to die?” In that moment, I decided to do something different. I decided to tell him the truth. I decided to tell him that he was going to die and that there was nothing I could do for him. His reaction shocked me to this day. He simply laid back and had a look of acceptance on his face. He was not met with that terror or fear that I thought he would be. He simply laid there, and as I looked into his eyes, I saw inner peace and acceptance. From that moment forward, I decided it was not my place to comfort the dying with my lies.Having responded to many cases since then where patients were in their last moments and there was nothing I could do for them, in almost every case, they have all had the same reaction to the truth, of inner peace and acceptance. In fact, there are three patterns I have observed in all these cases.

The first pattern always kind of shocked me. Regardless of religious belief or cultural background, there’s a need for forgiveness. Whether they call it sin or they simply say they have a regret, their guilt is universal. I had once cared for an elderly gentleman who was having a massive heart attack. As I prepared myself and my equipment for his imminent cardiac arrest, I began to tell the patient of his imminent demise. He already knew by my tone of voice and body language. As I placed the defibrillator pads on his chest, prepping for what was going to happen, he looked me in the eye and said, “I wish I had spent more time with my children and grandchildren instead of being selfish with my time.” Faced with imminent death, all he wanted was forgiveness.

The second pattern I observe is the need for remembrance. Whether it was to be remembered in my thoughts or their loved ones’, they needed to feel that they would be living on. There’s a need for immortality within the hearts and thoughts of their loved ones, myself, my crew, or anyone around.Countless times, I have had a patient look me in the eyes and say, “Will you remember me?”

This came to me very, very early in my career. I had responded to a call. There was a female in her late 50s severely pinned within a vehicle. She had been t-boned at a high rate of speed, critical, critical condition. As the fire department worked to remove her from the car, I climbed in to begin to render care.As we talked, she had said to me, “There was so much more I wanted to do with my life.” She had felt she had not left her mark on this Earth. As we talked further, it would turn out that she was a mother of two adopted children who were both on their way to medical school. Because of her, two children had a chance they never would have had otherwise and would go on to save lives in the medical field as medical doctors. It would end up taking 45 minutes to free her from the vehicle. However, she perished prior to freeing her.

This entry was posted by Caleb Wilde on October 7, 2014 at 8:10 pm, and is filed under Aggregate Death. Follow any responses to this post through RSS 2.0.You can leave a response or trackback from your own site.