« WHEN PROFESSIONALS BLOW IT
Wonder Woman’s Funeral: Or How I Learned Why Everyone Should Start Planning Their Final Farewell »

On Sharing the Silent Grief of Miscarriage

Miscarriages cause a silent grief.  A nameless grief.  Often a disenfranchised grief.

A grief for one who had no connections in life.  No schoolmates, no friends, no co-workers … all of which translates to no funeral.  A grief that can’t be shared.

A grief to be borne solely by the ones who conceived.  A grief that is carried by the one who may now feel guilt upon silent grief because she miscarried. 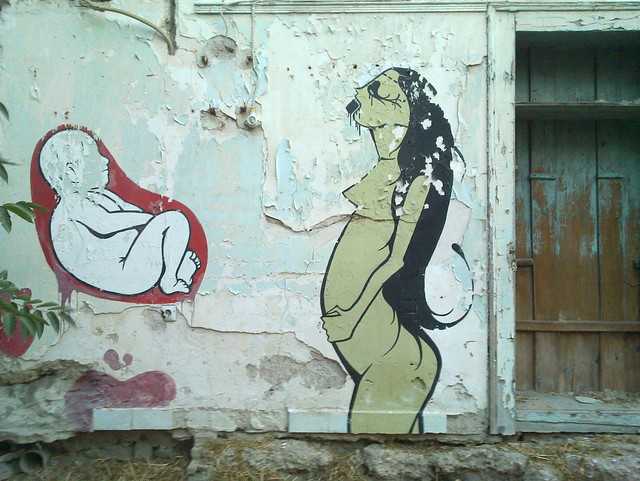 I’ve seen all too many women (and some men) try to be strong after a miscarriage only to find the grief manifest itself over the next couple months and even years.  This is a very real grief and it’s not to be brushed aside.

I remember a bible professor express the need for prayer to my class because his wife had just miscarried.  Despite the fact he was asking for prayer, his request was quite smug and short, as if it wasn’t a big deal.  Being that my class was a Degree Completion Course, there was a number of older women who quickly asked, “How’s your wife doing?”

To that another lady quickly rebutted, “It might not be a big deal to you, but it is to her.  And if you have that attitude, it will be a bigger deal in months to come.”

Sure enough, she was right as months later the Prof. shared with the class that his wife was suffering from depression and was entering counseling.

The grief from miscarriages is very real and it doesn’t matter what trimester the miscarriage takes place.

“Women themselves will say, ‘How can a loss at 20-plus weeks be the same as a loss at six weeks?'” said Emma Robertson Blackmore, an assistant professor of psychiatry at the University of Rochester Medical Center who has studied moods during pregnancy, post-partum depression and the effects of miscarrying. “But research says the level of symptoms and impairment is the same.”

Over the course of my 10 years in funeral service, I’ve seen the parents of a miscarried / stillborn child do two things that seem to be very healthy:

I have to admit that the first time I worked a funeral for a couple that miscarried, I thought it wasn’t worth my time.  But that all changed when I saw the utterly disheartened grief on the face of the mother and expecting father.  They were devastated.

We performed most of the services for free, and I imagine most funeral homes do the same, but honestly, especially for miscarriages, there is no need for a funeral director, but there IS a need for a gathering with your closest friends and family … those who love and support you … to express their love for you.  It’s one of those seemingly selfish things that’s entirely unselfish.  Because it’s a time for others to recognize the loss, grieve with you and have an opportunity to pour out their love for you.

Don’t let the child be nameless.  For both the child’s sake and for your own sake.  Name the child so that you can have a more defined grief process.

And even if the the child was miscarried years ago and you suffered in silent grief … it’s never too late.

Even if it’s just you and your spouse, or you and a close friend, have a small service where you remember and reflect on your hopes and dreams for a future that ended too soon.

This entry was posted by Caleb Wilde on October 6, 2014 at 7:23 pm, and is filed under Miscarriages / Stillbirths. Follow any responses to this post through RSS 2.0.You can leave a response or trackback from your own site.