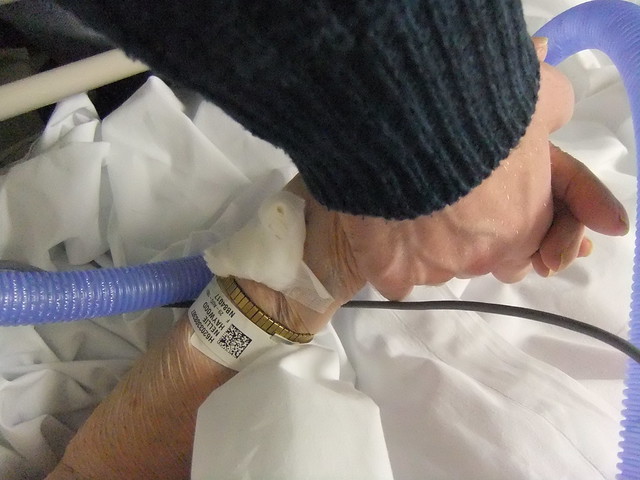 I had the business line put into my cell phone during the evening while my grandfather, who normally answers the phone during those hours, took his Harley-Davidson Soft Tail on an hour’s run around the county.  As funeral directors we deal with an extra amount of stress and we have to find ways to relieve our stress in a constructive way lest it erupt in a destructive fashion.  For my grandfather, even at the age of 77, nothing chases the stress away like the sound and freedom of his Harley.

Within about 20 minutes, I had taken a few standard business calls from people wondering how they could get more death certificates, others calling for times of funeral services and then I got a call from a hospice nurse.  She said she was on her way to the Jones’ house to pronounce a Mrs. Loretta Jones and that the Jones family wanted to use our services.  The nurse gave me the address of the home and the phone number and told me to give her about a half-hour so she could console the family and fill out her paper work.  (As a side note, hospice nurses are really some of the finest representations of the human potential for goodness.  Their nature nearly transcends that of humankind and borders the angelic.   I’ve never met one nurse who hadn’t garnered the utmost respect from the family whom they have served.)

As I was driving in my truck to the funeral home, I kept feeling like I knew the name “Loretta Jones” but I couldn’t put a face to the name.  After I pulled the wagon out and loaded it with the stretcher, I still had some time so I looked up the address on Google Earth just to see if I would recognize the house.  I zoomed in on the house and then it hit me.  Mrs. Jones was the mother of one of my friends from way back in middle school.  Immediately following this eureka moment, I thought, “but that doesn’t make sense, she’s barely in her 50’s and I hadn’t even heard she was sick.”

I pulled into the Jones’ drive way, walked into the house and to the living room where she was laying and realized I was right … it wasn’t her, at least not the same Mrs. Jones I remembered as a child.  After fighting cancer for two years, and going without food the final month of her life, she was barely 75 lbs.

Even though the family had known the inevitably of her death for nearly two months prior, they were all weeping and wholly dejected.  It was as though they had placed all their money on a prize fighter during a title game boxing match and had watched their boxer get beat the entirety of the 12 rounds.

They placed their money on a good one too.  She fought the cancer so hard that on-looking people outside the family began to wonder why she just didn’t give up the battle.  Still in her right mind, she responded to the criticism by stating that the longer she stays alive the more chances she’ll have to tell others how good God has been to her; ironic words coming from a terminal cancer patient.

Three days later, after about 500 people poured through the viewing lines, the service began.  The preacher spoke.  Then Loretta’s only son – my buddy from middle school – got up to share a few of his thoughts.  He started out by saying that, as a child, he had learned the lesson that life is unfair.  And he began to enumerate how his mother was always there for him at his basketball games, how she would bring his lunch to school if he forgot it, and how she passed her love onto him in an extraordinary way.  For him, he concluded, he had received an unfair share … that is, he had the opportunity to have a wonderfully loving mother for 27 years of his life, something that not everybody gets the fortune to have.  Despite his mother’s untimely death, he knew that the wealth of love she gave him had been exceedingly more than most people get in two lifetimes.  The lesson he learned as a child had been proven true … except he had received a greater portion than most.

Maybe next time we are tempted to think that life is unfair, we should remember what we have already been given.  Fairness, after all, is a matter of perspective.  And the right perspective is viewing each day as a privilege and not an entitlement; recognizing each act of love as a genuine miracle.

This entry was posted by Caleb Wilde on April 8, 2015 at 1:14 pm, and is filed under Aggregate Death. Follow any responses to this post through RSS 2.0.You can leave a response or trackback from your own site.