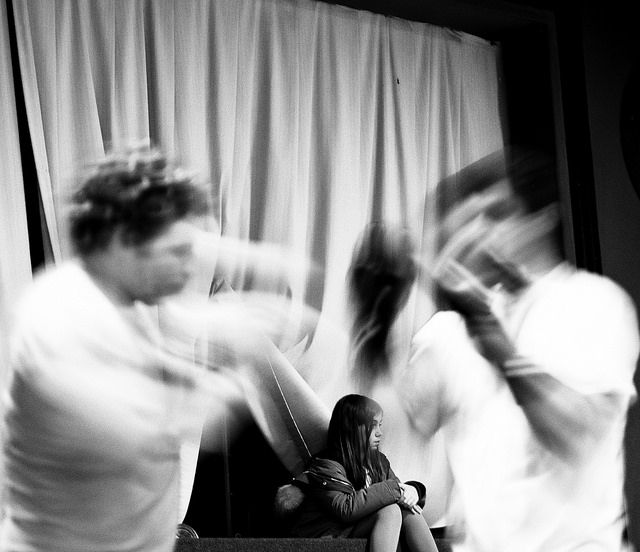 Funerals are the perfect storm for drama.  Death brings out all sorts of emotions and because we’re not used to emotions like grief, it’s more difficult to control our emotions as a whole.  You might say things that they’ve been thinking for years, like telling your brother, “You’re so rich, YOU should pay for dad’s funeral bill” or “I was always Mom’s favorite so I get to make these decisions.”

If a soap opera really wanted to create a ripe context for daytime television, they’d write a show for a funeral home and call it “General Funeral Home” or “Days of Our Deaths” or “The Dead and the Rest in Peace”.  Here are three stories of funeral drama that I’ve seen:

The Drunk:  Some people see funerals as a stage, a stage where they can shine.  I probably have a hundred attention grabber stories, but one star stands out brighter than them all.  A couple years ago, we buried a man in his sixties who had little life connections except a couple friends and a couple sisters.  The family decided to have a graveside service at a small cemetery on top of a little hill in a neighboring town.

All was going well until some friends showed up at the graveside service with a drunk in the back seat.  The drunk got out of the car and we could tell things were about to get exciting.  He sauntered out of his car and immediately started talking in a loud voice about how the deceased was his blood brother.  He quickly qualified that with, “he was also an asshole”.  At first, the deceased’s sisters snickered at the drunk, but once the preacher began and the drunk was trying to get his words in the sister’s told the drunk to “just shut up.”

Loud mouth drunks are no fun at funerals, especially when we have to play bouncer and try to corral them.  I was really relieved when the sisters’ “just shut up” actually worked and the drunk quieted down as the preacher finished his message.   But the drunk ended the show with a crescendo.  When everyone else was putting a flower on the casket, the drunk picked up a handful of dirt, threw it at the casket and said with a laugh, “take that you lovely SOB.”  After that, he walked away, got in the car and his show was over.

The Thief:  We got the death call from the eldest son, who had driven all the way from Montana in his big dualie truck the week before in anticipation of his father’s death.

“What time do you want to come in to make funeral arrangements?” I asked.

“Well, that’s not so easy to determine,” he said in a slow and steady voice.  “See, my younger brother and I don’t talk much.  I’m gonna give you his phone number, you can call him and whatever time he wants will work for me.”

Red flags went up immediately for me.  It’s always a danger when funeral directors become the mediators between fighting family factions.

I called the younger brother, set a time and then called back the older brother.  A couple hours later they were sitting at the funeral home across from each other, neither one willing to talk to the other one.  They’d talk to the other through me by saying something like this, “If he wants that casket, I’m okay with it.”  And the other would look at me and say, “Well, if he’s okay with it, this will be dad’s casket.”  The whole process was laborious, childish and taxing on me as I played both mediator and funeral director.

The day of the funeral, the younger brother showed up about a half hour before the viewing just like we had planned.  But the older brother was nowhere to be found.  We really didn’t think anything of it.  It’s not like the older brother HAD to be there a half hour before the public viewing.  But an hour later and he still wasn’t at the funeral and we started to wonder where he might be.  Those questions were quickly answered as we saw his truck coming down Main Street to the funeral home.  But as it got closer, we noticed it was pulling a trailer behind it with a Harley-Davidson Motorcycle, a zero-turn mower, a tool chest and some other valuables.  He stopped in front of the funeral home, rolled down his window and said, “Go get my brother.”  As soon as his brother walked out the funeral home, the older brothers started to drive off, honking his horn.  The young brother opened his mouth and started yelling, “That’s all Dad’s stuff!  You’re taking all his stuff!”

The Drama Daughter: Let me make this clear from the beginning: if the way you express your grief is through drama, that’s okay, just so it’s not mean drama where you’re messing up everyone else’s grief.  What you’re about to read is likely healthy drama, but it was nevertheless difficult for us as funeral directors to navigate being that I’m not Dr. Phil.

A couple years ago we dealt with some very, very dramatic grief.  We went on a house call, and the two sons and one of the daughters of their deceased mother came out to meet us.  This is normal and we didn’t think anything of it, but as they came closer to us their faces were a mixture of grief and perplexity.

“We have a problem,” they told us, “our sister is absolutely set on the idea that she doesn’t want mom to leave the house.”

“See, the problem is that we don’t think she’ll ever be ready for that.  She’s been with mom’s body for the past nine hours and she’s set on staying, and we don’t want her to.”

And here’s where things got messy: three of the deceased’s kids wanted us to take mom back to the funeral home, but one wanted to stay exactly where she was.

They asked us if we had any suggestions and we told them that we could come back tomorrow and see if she changed her mind.  But they were adamant, “You don’t know our sister.  This needs to happen now”

We followed them into the house and into the room where their mother lay.  When the sister saw us, her eyes shot daggers our way.  After a half hour of her siblings comforting her, they finally got her to release her grip on their mom.  We went in to make our move, and she ran and threw herself on top of her mom like an angry dog protecting her puppies.  So, like one would do if you saw an angry dog, we slinked back away.

Another half and hour rolled past and this time her siblings got her to move to another room.  We made our move, put the deceased on our stretcher, loaded her into our removal van, and as we started the car and put it in Drive, we saw the front door swing open.  What happened next still leaves me feeling uncomfortable to this day.

The door opened and out flew the drama daughter, who was being closely followed by her three siblings.  She must have heard the van start, realized what was happening and made a quick dash to catch us.  We looked in the rear view mirror and saw the three children waving their arms, telling us to keep going, while the other daughter chased after us, screaming “bring back my momma!”  Three of the children were telling us to go, so we did.

The following day they all came into the funeral home to make arrangements and everybody, including the drama daughter, seemed okay.  It was a new day for them and everyone was ready to move on.

If you like my stories, here’s a book full of them:

This entry was posted by Caleb Wilde on July 26, 2017 at 4:56 pm, and is filed under Funeral Directing. Follow any responses to this post through RSS 2.0.You can leave a response or trackback from your own site.