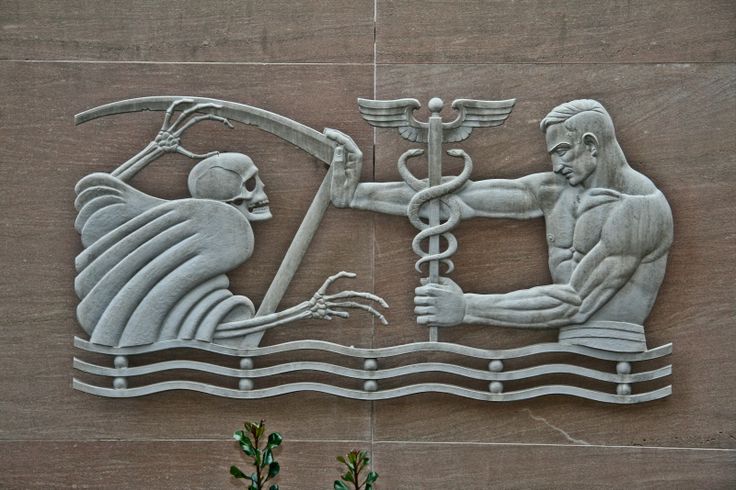 My first couple years in the funeral business nearly destroyed me.  Growing up as the son of a funeral directing family, I had danced around death for most of my youth.  When I finally danced with it upon full-time employment at my family’s funeral home, all I could see was darkness.  I had a death negative narrative, a pair of lenses that viewed death as devoid of goodness and full of fear.  I suppose most of us do.

In my book, I list five reasons this narrative is so strong; such as the professionalization of death care, the religious belief that death is a punishment for sin, and our evolutionary heritage.  This narrative doesn’t exist in every culture, but it’s so strong for us in Western culture even death’s personification is this scary and dark figure we call the “Grim Reaper.”

The rise of the cold and bony Grim Reaper began during the 14th century, as the Black Death swept over Europe leaving anywhere from 25% to 60% of Europe’s population dead.  Those infected suffered high fevers, seizers and possible gangrene of the extremities.  Such an awful death produced a fear among the healthy, who regularly abandon their affected spouses and children.  Not surprisingly, Death was depicted as the Grim Reaper, a bony figure with no flesh and no feeling with a scythe that mows down the living with reckless abandon.  What is surprising is that this personification of Death didn’t die out with the Black Death, but remains THE depiction of death in Western culture today.

After my closeness with death nearly destroyed my own life, I knew that I’d either have to find something more in death, or I’d leave the business.  As I searched, I began to see that death wasn’t entirely bad … it was deeply human.  I write in my book, “I tremble to say there’s good in death, because I’ve looked in the eyes of the grieving mother and I’ve seen the heartbreak of the stricken widow, but I’ve also seen something more in death, something good.  Death’s hands aren’t all cold and bony.”

Marzanna is death personified in Baltic and Slavic lore.  Unlike the “Grim Reaper” with the bony hands, or other popular personifications of death, Marzanna takes on the gender of a woman, as she’s not only associated with death but the rebirth of death in nature.  Neil Gaiman brought a Marzanna type depiction to his comic book series, The Sandman.  Gaiman’s Death is a beautiful, youth goth woman who is kind, relatable and nurturing.  She’s nearly the exact opposite of the Reaper, a welcome sight to be sure, and one that continues to be a fan favorite. 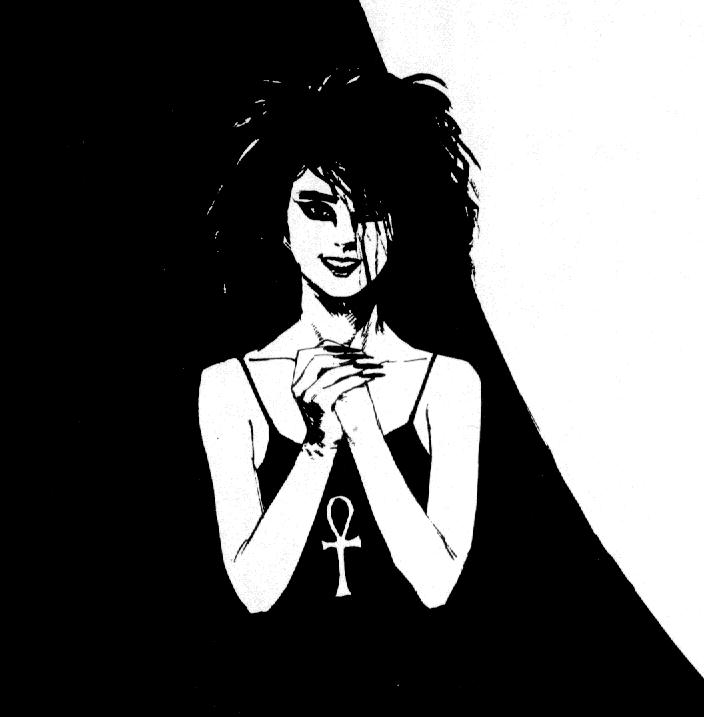 As much as I like Gaiman’s personification, there’s another personification of death that comes from St. Francis of Assisi (1181/1182 – 3 October 1226) that is more intimate still than Gaiman’s Death.

St. Francis committed his life to serving the poor, a commitment that inspired a following in the Catholic Church known as Franciscans, and a Pope who took Francis as his papal name.  St. Francis of Assisi is also the patron saint of animals and nature, a facet of his life that is surrounded by folklore stories that tell of him preaching to birds and taming wolves.  Folklore aside, St. Francis’ “Canticle of Brother Sun and Sister Moon” speaks of his intimacy with nature and love for it.  In the Canticle, Francis goes through many of the natural occurrences — moon, sun, wind, water, fire, earth — framing each part as his sister or brother.  To end the Canticle, Francis takes a surprising turn and thanks God for “Sister Death.”

As someone who felt deeply connected to nature, we shouldn’t be surprised that Francis saw Death as something intimate, something natural.  Francis believed that all nature was good, although some of it needed redemption.  It’s said that when Francis was dying, he told death to praise God, which was his way of calling death to not be painful or harrowing, but good.  He believed death to be such an ingrained part of the natural order that it too — like all of nature — harbored a sense of goodness, even though it can often be cruel and terrifying.  Like the fable of St. Francis and the wolf, he saw past the cruel and hoped for the good.  According to the Transitus, at his life’s end, Francis proclaimed, “Welcome, Sister Death!”

Assisi’s “sister death” is a visage of death that asks us to see death as intimate, as something we’re deeply related to.  It’s not some scary, distant creature of evil like the Grim Reaper, although neither is it a happy, painless experience.  It isn’t something other than us, it’s a part of us.  Death is ours.  If we’re looking for the face of Death in a narrative that isn’t death negative, it’s St. Francis’ Sister Death, a face that closely resembles our own.

This reframing helps us interpret life’s end as something not cold and distant, but something that is entirely human.  Death, after all, is ours.  And I do believe if I had entered my dance with death with a different image, a different personification of Death, my view of it wouldn’t have been so disheartening.  How we view death influences how we experience it.  It’s time for a new visage, and maybe St. Assisi’s figure can help.

This is the first in a series of articles dealing with the “10 Confessions” of my book.  If you’d like to order the book, click on the image below: 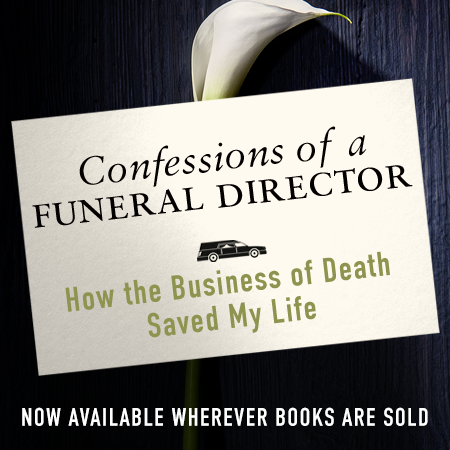 This entry was posted by Caleb Wilde on October 23, 2017 at 4:30 pm, and is filed under Book, Fear of Death. Follow any responses to this post through RSS 2.0.You can leave a response or trackback from your own site.