« On Death and Humor, and White House aide Kelly Sadler joking about John McCain’s Death
What It’s Like Embalming a Child Killed by Gun Violence » 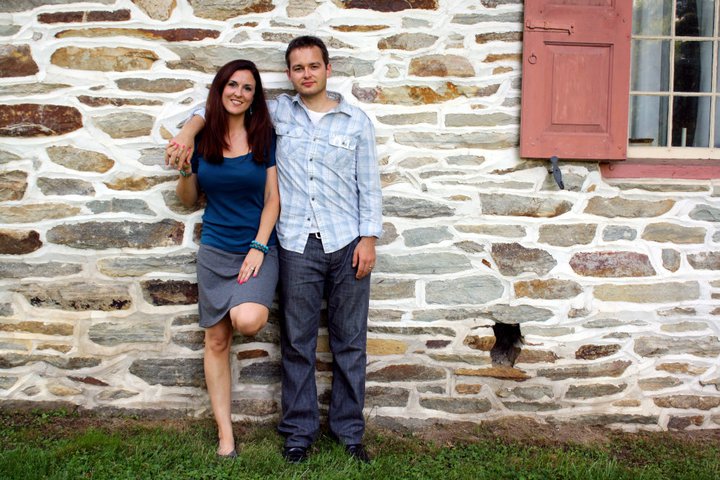 I know what you’re thinking.  “Caleb, you’re reaching on this one.  You’re just looking to write a post that lets you pluck the low hanging jokes, like ‘Funeral directors can make you stiff’, etc.”  You got me there.  I tend to pick the easy jokes, but bear with me because this is a thing, a thing that NOBODY TALKS ABOUT.

Because when you work in a profession that sees nearly 80% of their workforce burn out before they hit the five-year mark of employment, you can bet that their love lives are a little different than most.

This job asks us to marry it.  It asks for us in sickness and in health, night and day, in good times and bad.  Death is always asking, always needy, always calling and texting.  It’s tempting too, because when we can fulfill the needs of death, it can create a kind of co-dependent relationship where we fulfill the needs of death and death fulfills our needs of feeling important.  When death is so demanding, all other relationships become mistresses.

The Jekyll and Hyde Syndrome also affects our physical relationships with our partners.  This is real.  And surprisingly, the show Six Feet Under captured this well in the complexity of their characters.  For all of us, our sex drive can be seemingly unpredictable.  For those who work around trauma, death, and grief, those drives seem to go to utter extremes.  Because sex — for some — is a natural stress diffuser, and when we’re under professional stress on a constant basis, our desire for that physical relief can — at times — be overwhelmingly strong.  Other times, that stress is so overwhelming we don’t even want to be touched.

Funeral Director Dude (while having sex): Oh, Laurel!  I love you so much!

I suppose we all suffer from that problem.

After a bad day at work: “I don’t think we should have children.  This world is too dark and scary.”

After a good day at work: “WE SHOULD HAVE CHILDREN RIGHT NOW!!!”

Transference is a psychological term that funeral directors have some practical experience dealing with.  Some people we deal with have major problems and baggage that gets fanned to flame by grief and bereavement. Often times, they take their problems, their anger, their frustration and instead of dealing with their grief and bereavement, they take it out on us. If you’ve been in the business long enough, you know not to take it personally, but it’s nonetheless difficult to take a capricious verbal lashing for no apparent reason other than transference.

But here’s how it affects relationships: funeral directors too often do the same, especially to their significant others.  See, generally, we take out our problems on those we see as our equals or those we see as inferior.  While I hope nobody is in a relationship with someone who views them as inferior, most of us tend to be in relationships with people we perceive as equals.  So that stress, baggage, angst that we pick up in the funeral business often gets taken out on those closest to us in our personal lives.

Most jobs can be left at work.  But there’s so much personal stuff with the funeral business, so much stuff that affects US, that it’s almost impossible to leave things there.  It also doesn’t help that there are still many family-run funeral homes that literally have their home on the second floor of the funeral home.  Work is literally one flight of steps away from everything.

Ten.  The Jekyll and Hyde Syndrome.

Okay. I’m making this syndrome up.  Nevertheless, it describes how the funeral business makes you feel.  Here’s a brief 10-day snapshot of how quickly certain deaths and certain funerals can change us:

DAY 1:  We come home from the funeral home and we’re serious and philosophical, contemplating the meaning of life.  “Babe, I think we need to pursue our dreams and hug each other more often BECAUSE WE ONLY GOT ONE LIFE!”

DAY 2: The next day, we come home after having dealt with some tragic death and we’re like, “Babe, life’s meaningless … maybe we should just get drunk every night.”

DAY 3: “Lovie, I think we need to up our commitment to God and the church because this family I served today … there’s so much good in faith!”

DAY 4: After a bad experience with a pastor, “Lovie, let me tell you: religion is horrible.  These people.  Ugh.  So. Much. Fake.”

DAY 5: We want to tell you everything, from the removal to the embalming, to the sights and the sounds.  We chatterbox on and on for hours about our day.

DAY 7:  “Jelly Bean, I think we should be saving more for retirement ’cause I met with this older couple who have nothing.”

DAY 8: After getting a death call for a young person: “Jelly Bean, let’s spend it all.  What makes you happy?  Shoes?  Let’s buy all the shoes … because we could die tomorrow.”

DAY 10: *Stress eats an entire pizza and sleeps for 14 hours*

One day, we’re one person and the next day we’re a completely different person because when you attend to the dead and their funerals on a daily basis, the lives of the people you serve tend to change you, shape you, challenge, stretch, anger, encourage and confuse you all at once, all the while confusing your partner to no end.  You just have to hope your partner loves your chaos.

This entry was posted by Caleb Wilde on May 18, 2018 at 10:13 am, and is filed under Funeral Directing. Follow any responses to this post through RSS 2.0.You can leave a response or trackback from your own site.