« Death Fact: Part 2
As a Funeral Director, Here Are 10 Questions You Should Never Be Afraid to Ask Me » 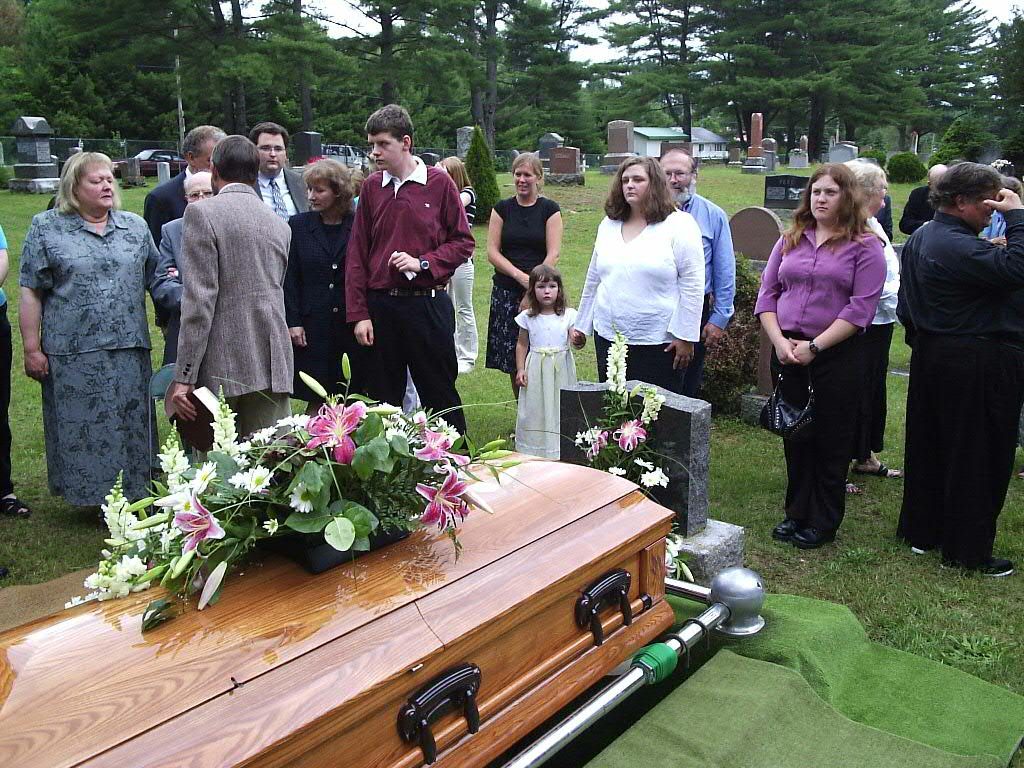 The biggest problem that I have with the funeral industry is that we’ve made honor a commodity.

Let me explain by taking you on a short imaginary journey where unicorns exist and Fred Rogers is still alive.  Unfortunately, in this imaginary world, your Dad dies suddenly at 60 years of age.  Your dad worked hard his entire life, was generally overlooked by his peers, and was never given the respect and honor you knew he deserved.  For his funeral, you want to make things right.  You want to give him an honorable and respectful send-off.  And you want the works … embalming, a nice casket, a nice cemetery lot, upscale flowers, a big funeral luncheon with all your dad’s favorite foods … all of it.

One problem.  You don’t have any money.  What do you do?

I know, I know … you’re saying this isn’t you because in this imaginary world you’re choosing cremation, or sky burial, or a Viking Funeral.  Maybe you plan to lay your body at the altar of science.

Back to the real world: This “making death a commodity” is a long-held tension, dating back thousands of years.  The plainness of the Jewish funeral rites is a reaction to this tension.  The rich were having opulent funerals while those less wealthy would “sell the farm” to give their family something on the same level as the rich.  In the Babylonia Talmud, it’s written:

Today, things have flipped.  The rich and those with higher education have a much higher cremation (per data collected by CANA).

Based on my experience, this is how I’d explain that data: those that have been disrespected in life often want to be respected in death.  If a family or people group have been subjected to socioeconomic, political, legal, cultural, or institutional oppression, there’s a desire to give in death what wasn’t given in life: honor.  Honor in death means many things, but here in American, it has too often meant a “traditional funeral” and burial.  For many Americans who have felt dishonored, cremation — the less expensive option — is often seen as another layer of disrespect.

And when a family sees a traditional funeral and burial as THE ONLY WAY TO HONOR THEIR DEAD, therein lies the problem that’s been created by the American Funeral Industry.

If you want a full traditional burial, the cemetery lot, cemetery opening, the vault, and the casket (the vault and casket can be bought from third-party suppliers, or bought from the funeral home) are going to start at around $4,000 (this number varies by location … cemeteries cost more the closer you get to a city, so it could be more or less depending on where you live and where you die).  If the funeral home charged NOTHING for their own professional service, there are still thousands of dollars in play just for plot purchase, plot opening, and the vault that 95% of cemeteries require.

I look forward to the day when that $4,000 can be cut in half with green cemeteries that don’t require a vault, use a less expensive and bio-degradable casket, and — in some circumstances — can have the grave dug by the families themselves.  But until the day when there’s a green cemetery close to everyone’s home (because proximity is always a major concern), that $4,000 for a traditional funeral is a starting point even before the funeral director is involved.

On top of that estimated 4K, funeral homes — like ours — charge for our work, time, facilities, etc.  Our funeral home charges approximately $3,000 for our “services” start to finish, which includes embalming, dressing and cosmetology, logistical and form filing work, the use of our cars and equipment, use of our facilities, the funeral directing itself, backrubs, vodka, dragon rides, and anything and everything else you want us to do (if you nix embalming, it’s less, obvs, much less if you nix the vodka).

Other funeral homes — especially the ones with exorbitant debt — can charge double or triple what we charge.

Let me throw some thoughts at you …

The fact is that many funeral homes are too expensive.

Any many funeral directors have a complicit and implicit bias towards poverty and those who find themselves a part of it.

Most funeral homes require payment (or proof of payment, i.e. an insurance policy or irrevocable burial reserve) upfront because we have been beat one too many times.

If the price is a major concern, shop around.  A funeral at our funeral home costs thousands less than our competitors.  One phone call could be the deal-maker or deal-breaker.

GoFundMe hardly ever works (and the funeral home won’t accept “I started a GoFundMe for grammy’s funeral” as proof of payment).

Asking churches for money can only do so much.

Trying to find an uncle or aunt or grandparent or distant relative to finance the funeral IS THE BEST OPTION.

But here’s the real honest talk.  You ready?

A traditional funeral and burial is only ONE WAY to honor the deceased.

Honoring the deceased is about the community they’ve created.

It’s about that community coming together and expressing their love.

Honor doesn’t need a funeral with flashy clothing in a flashy building with flashy flowers.

Honor is about love.  And whenever love is shown in celebration of that person’s life, you’ve honored your loved one.

This entry was posted by Caleb Wilde on August 5, 2018 at 9:36 pm, and is filed under Funeral Directing. Follow any responses to this post through RSS 2.0.You can leave a response or trackback from your own site.