The Eulogy I Gave For My Dad: A Guest Post

Tor Constantino is an ex-journalist, current public relations professional who has worked for CBS Radio and ABC, CBS television stations. He contributes to RELEVANT magazine, http://ChristianPost.com, SCL and his blog, http://www.torconbooks.com.  You can also follow him on Twitter. 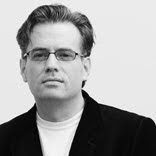 It feels surreal and unnatural to lose both parents within such a brief span of time – little more than two years.

I went to church and sat next to my father this past Sunday and did not expect a phone call the next day saying he was gone.

Up until this past Monday when he passed, I did not expect anything less than another 15 or 25 good years to share with him.

But the thing I expected least of all was the deep peace of mind and spirit that I have knowing that he’s reunited with my mother.

Ever since she passed away in 2004, he had not been happy. My sisters, brother and I tried to spend a lot more time with him. Our respective families took him out to meals, coffees, worked around his house, took him on walks and drives around the lake to improve his spirits – to little avail.

At one point, I was so frustrated with his listlessness that I selfishly and angrily confronted him to “snap out of it” and get on with his life. Questioning him whether or not his surviving family members and extended family were enough?

He quietly replied that he deeply loved each and every one of us. But he shared that all the extra attention and effort we applied to him, was bitter sweet because Gwen (my mother) wasn’t there to share it with him.

He quietly shared further that no matter how much we loved on him and spent time with him – each of us ultimately had to leave him to return to our own families and homes each day. It seems that our daily departures from him unintentionally sharpened the painful void of my mother’s memory.

That was an unexpected insight into grief for me. Without minimizing it, such a loss is somewhat akin to a painter losing their sight; a musician losing their hearing or a chef their sense of taste. Everything they love to do and experience in life is affected and changed, because their point of contact that helped define each moment was no longer there. My mother was that point of contact for my father.

My dad loved us five kids and deeply loved his grandkids – but I now know that he was sad that he could no longer share those moments with my mom.

Trust me as I tell you, I miss them both – but as I said, I did not expect the peace I now have in their absence knowing they’re together.

Some kids get from their dads a love for baseball and can quote player statistics all day long. Some develop a love for hunting and fishing that lasts a lifetime. Still others develop a passion for cars and working along side their father restoring a classic engine.

While my dad never had a passion for baseball, hunting or cars – there is a passion that he had that transferred to me and that was a passion for the word of God and an eternal faith in Christ.

Everyday I’m grateful for that gift of faith my father imparted to me, especially on a day like today.

Earlier this week, my wife came across an email from a woman who attends our church and at the end of the email there was a quote that I’d like to share, it reads:

“The true measure of a man’s wealth is what he has invested in eternity.”

That quote has lingered with me, because it was a standard that my dad could measure up to. Anybody who truly knew my dad would agree that by that eternal standard – he was one of the wealthiest men they knew, and that’s evidenced by the overwhelming number of us here today to honor his memory.

My dad was always ready to listen, pray and offer words of wisdom through the scriptures to anyone who sought him out.

During calling hours last evening, I can’t tell you how many people – some were family friends, others were complete strangers – who came through the receiving line telling me, that my dad was a “father-figure” to them when they did not have one; or the incredible role and impact that he had on their lives; or how his faith and family had been an inspiration to them.

“The true measure of a man’s wealth is what he has invested in eternity.”

Having said all that – after losing both parents so close together with decades of life still ahead of them both – it’s easy to point an accusing finger to heaven and claim that such a loss is unfair and is a cruel cosmic joke.

The knee jerk reaction is to demand an answer from God to the question – Why????

Why are they both gone?

Why should I go on without them?

Why did this loving couple of such demonstrated faith have to die so young?

All of those “why” questions and many others came flooding into my mind when I heard that my dad died – because I loved him as much as I loved my mother.

Interestingly, those questions about “why” it happened, reminded me of a passage I read in a book titled A Grief Observed.

After my mom passed, I shared the book with my dad. It’s written by C.S. Lewis – an avowed atheist who became one of the greatest Christian writers and theologians of the 20th Century.

Lewis wrote the book shortly after the death of his wife, Joy Davidson, to cancer. To be honest, I don’t know if my dad ever read the book I gave him – but I’d like to read a bit of it to you about the “why” questions we all experience when we lose a loved one:

When I lay these [why] questions before God I get no answer. But a rather special sort of ‘No answer.’ It is not the locked door. It is more like a silent, certainly not uncompassionate, gaze. As though He (God) shook His head – not in refusal but waiving the question. Like, ‘Peace, child; you don’t understand.’

Can a mortal ask questions which Gods finds unanswerable? Yes, because all nonsense questions are unanswerable. Questions such as, ‘Is yellow square or round? Or ‘How many hours are in a mile?’ – have no answers. Probably half the questions we ask – half of our great theological and metaphysical problems – are nonsensical questions.

What that passage suggests is that all of our “why” questions about tragedy are the wrong types of questions to ask.

After last night’s calling hours – considering the hundreds, possibly thousands of lives my parents positively touched – I was thinking about what are the correct or right-type of questions I should ask. Questions that are not nonsensical to God and that He wants to answer for me regarding the death of my parents.

After the long line of people from last night’s calling hours who shared story-after-story about my dad’s positive impact on their lives – there was one question that came to my heart,

And the answer from God came to my heart as quick as the question,

“The true measure of a person’s wealth is what they invest in eternity.”

Despite the pain, the loss, the grief – I had an answer from heaven that brought me true inner peace. I had an answer and direction, that I’m to continue in this life and my faith until I’ve reached its end and finished well – just as my father did.

I will continue to pursue the true eternal inheritance of dad and seek to have a positive impact on those lives I happen to touch – just as my father did and continues to, even in his death.

Having answered the question of “why” and why there’s a better question to ask when faced with tragedy, I ask if you’re rich in the truth, wealthy in faith and fully invested in eternity? On the other side of death’s veil, will you know that you finished well?

Allowing your life to become the answers to those questions, is worthy of life and ensures a life of worth.

This entry was posted by Caleb Wilde on October 12, 2011 at 2:04 pm, and is filed under Death of a Parent, Guest Posts. Follow any responses to this post through RSS 2.0.You can leave a response or trackback from your own site.