« The Day We Helped Out a Widow
Aaron’s Final Wish » 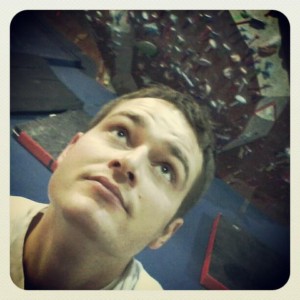 I shed the burden by climbing routes at the local indoor rock climbing gym.

Note: I wrote this article over the weekend and I wasn’t going to publish it until Wednesday, but since I just spent my entire night [11 PM to 5:45 AM] picking up three deceased persons, I thought it’s probably appropriate to post it now.  After I hit “publish”, I’ll be off to bed and back to work by noon.  Ah, the joys of a small family business.

If you’re in the Parkesburg area and want to donate coffee* to my bloodstream, you’ll find me at 434 Main St.

*I prefer a medium cup of Dunkins Donuts with cream and sugar : )

The following burdens are not necessarily funeral service specific, but many, if not all, come with this profession.  Those of us who stay in this profession do so because we find serving others in their darkest hour extremely rewarding, yet there are burdens to be borne.   Here’s ten.

One. A Lack of Personal Boundaries.

The phone rings at 3 AM in the morning with a hospice nurse on the other end of the line telling you that so-and-so has died, that so-and-so’s family is requesting your services and that the family of so-and-so is ready for you to come and pick up so-and-so.

While those of us who stay in this business do so because we love serving people, the lack of personal boundaries can lead to depression.

Depression, because my son’s baseball game was at 6 PM, but somebody in so-and-so’s family needed to see so-and-so this very minute.  Depression because the emotional needs of others somehow always trump my personal life needs.  And all of a sudden “I’m not a good father” and “I’m not happy with my life.”

Psychologist Carl Rogers described how he “literally lost my “self”, lost the boundaries of myself…and I became convinced (and I think with some reason) that I was going insane”.  When we in human service, and death service, become pulled into the whole narrative of death and dying, we can lose ourselves.

An iron stomach I have not.  Putrid smells, this business has many.  This is a burden that comes home with me … a burden that my wife often notices shortly after I walk through the door.

When a person commits suicide or dies from an overdose, there are times when the family simply wants to keep the manner of death a secret from the public.

I don’t mind carrying the burden of a secret, but when you live in a small town where suspicion can run rampant, secrets can become heavy.

Some things we see will remain with us forever.  They are so disturbing, so terrible that we do the world a favor by not sharing them.

Death makes us different … not necessarily unique, just different.  This difference creates a chasm between us and those not immersed in death.  Sure, police, doctors, psychologist, etc. have chasms created by their professions, but ours – because of the fear, sadness and undefined hours of our practice – creates us into something other.

Death can be a beautiful experience in the life of a family.  But when that death is tragic and unexpected, death is a heavy burden for both the family and for those who serve the family.  Specifically, when the death is a young person, our entire staff becomes agitated and moody.

Many funeral homes are small businesses that don’t have enough staff for shift work.  In order to serve our families (so that they’ll return), we have learned that the way to overcome the depression and potential psychosis that can come with a lack of personal boundaries is to marry the business.  We make the work our life.  Such work addiction pleases the families we work for, but can leave our personal families destitute.

Every business has stress.  Some more and some less.  And while funeral service can’t claim a quantitative difference in stress, it can claim to have its very own type of stress.  To grasp the type of stress surrounding a funeral, imagine planning a wedding in five days, except where there’s joy, sadness exists, and where there’s usually a bride, a dead body lies in state.

… in the summer heat.  Dress clothes in the dead of winter.  We are one of the few — armed service members are the only others I can think of — professions that wears suits outdoors as a matter of practice.  There’s nothing like having sweat drip down your back and into your crack.  Well, nothing except maybe freezing your dress shoe covered toes in a foot of snow.

This entry was posted by Caleb Wilde on July 16, 2012 at 9:59 am, and is filed under Funeral Directing. Follow any responses to this post through RSS 2.0.You can leave a response or trackback from your own site.