My Visit to a Green Cemetery 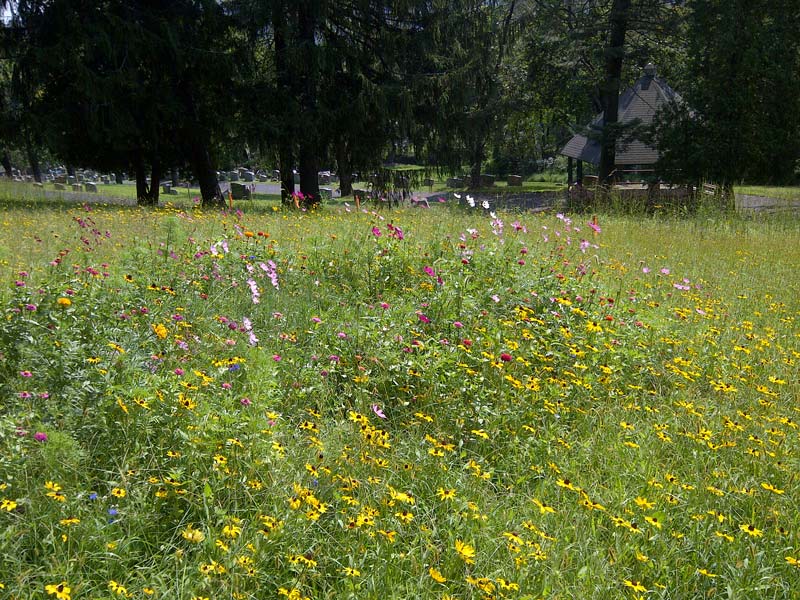 A photo of Green Meadow in late summer.

There are only a few green cemeteries in the Eastern part of Pennsylvania, none of which are close to my funeral home’s location.  Based solely on the information on their website, I decided to visit “Green Meadow” Cemetery some two hours away in Lehigh Valley. I called the “contact” number and soon heard a woman’s pleasant voice on the other end.  “Hello”, she said cheerfully.  As much as I was pleased to find such cheerfulness, I was also somewhat confused as I expected her to say, “Hello.  Green Meadow Cemetery.”  It seemed as though I had called someone’s home telephone number.  I started, “Hi.  My name is Caleb.  Is Ed available?”   “One minute”, she replied.  Ed – the name attached to the website’s contact number — grabbed the phone and we chatted for 15 minutes about Green Meadow and the philosophy behind it.  I explained that I was writing a small paper on green cemeteries for my post-grad class and we set a date for me to come up to Green Meadow and take a tour. 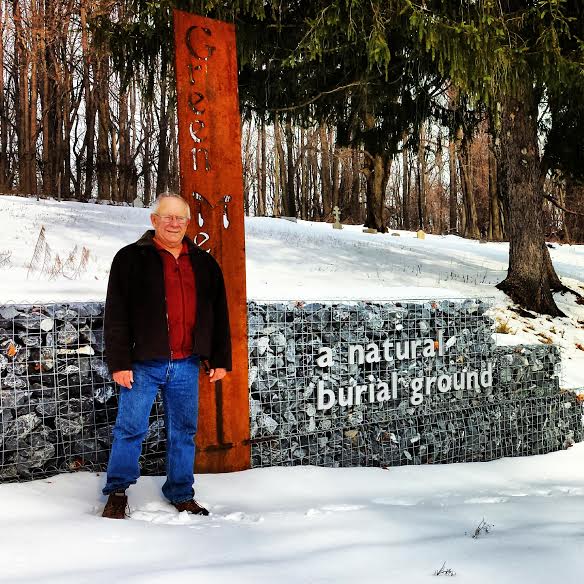 I arrived on time to find Ed already waiting.  He was a young man in his seventies.  I say “young” because it seemed Green Meadow was an inspiration for him that brought out the energy of youth.  He explained that twelve years ago the Fountain Hill Cemetery (founded in 1872) had exhausted its perpetual care funding and – like many cemeteries – was on the brink of death.

The cemetery was unassociated with a church or organization and was simply a non-profit with no owner or director.  Ed and a few others took it upon themselves to revive the dying cemetery and after 12 years of volunteer work the cemetery was just starting to stand on its own. Part of the revival of the old cemetery has been the inclusion of Green Meadow, which sits within the boundaries of Fountain Hill Cemetery on a half-acre of wildflowers, grasses and shrubs.

Through a mutual friend, Ed was introduced to Mark Harris, the author of a Green Burial standard entitled “Grave Matters: A Journey through the Modern Funeral Industry to a Way of Natural Burial.”  After numerous conversations, Ed and the board at Fountain Hill partnered with Mark to create a philosophically sound green cemetery some four years ago.  Ed said that “Mark remains the cemetery’s greatest proponent.” Mark writes in his book, “The modern funeral has become so entrenched, so routinized, in fact, that most families believe it’s all but required when death comes calling (Harris 2007; 47).  Green Meadow cemetery calls into question the “all but required” traditional American funeral.

On a larger front, the green burial movement is interrelated with the natural death movement, home funerals and the natural birth movement as it underscores the desire to move away from the Promethean attempts of industrialized science and technology (Verhey 2011; 32 – 33).  Paula Hendrick, who surveyed the natural death movement in America notes that “our focus on personal autonomy and self-development have made it very hard for us to accept the inevitability of death” (Albery and Wienrich 2000; 11).  Michael Ignatieff writing for “The New Republic” echoes Hendrick when he states, “’Cultures that live by the values of self-realisation and self-mastery are not especially good at dying, at submitting to those experiences where freedom ends and biological fate begins. Why should they be? Their strong side is Promethean ambition: the defiance and transcendence of fate, the material and social limit. Their weak side is submitting to the inevitable” (Albery and Wienrich 2000; 12).

Indeed, buried beneath a full ten-acre American cemetery is enough wood to build forty houses, twenty thousand tons of concrete from the vaults, over nine-hundred tons of casket steel, and enough embalming fluid to fill a small swimming pool (Harris 2007; 38).  The idea of natural burial accepts the inevitable that despite concrete, wood, steel, preservative agents and the idealized attempt at physical immortality, the body will eventually decompose back to dust.  Natural burial will, per Mark Harris,

allow and even invite, the decay of one’s physical body … and return what remains to the very elements it sprang from, as directly and simply as possible.  In their last, final act, the deceased … have taken care in death to give back to the earth some very small measure of the vast resources they drew from it in life, and in the process, perpetuate the cycles of nature, of growth and decay, of death and rebirth, that sustain all of us.  (Harris 2007; 42).

Mark’s ideas are the heart behind the little cemetery “Green Meadows”, a place where one can “degrade naturally and rejoin the elements, to use what’s left of a life to regenerate new life, to return dust to dust” (http://www.greenmeadowpa.org/about-us/). As Ed and I walked through the snow covered cemetery – stamped with the snow tracks of deer and birds — Ed pointed out the various graves.  He noted that the first prominent burial in Green Meadow spurred some media attention.   Patrick B. Ytsma, a well known local bicyclist, was struck and killed while riding his bicycle. His decision to be buried in Green Meadow inspired a newspaper article featuring the cemetery as well as the donation of labor and supplies for the erection of the cemetery’s sign. 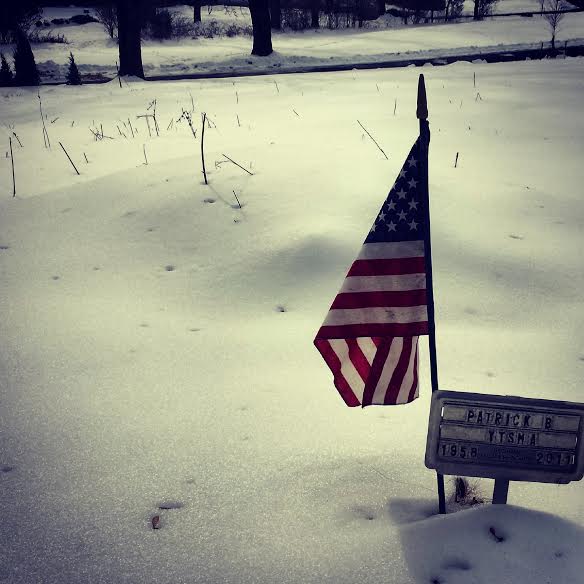 And yet despite Mark’s advocacy and the attention that Ytsma’s burial gained, the demand for green burial in the Lehigh Valley remains small with only an average of two burials per year.  Ed – a generation ahead of his time –  anticipates that the young generation that have been inspired by the larger green movement will slowly but surely begin to fill the beautiful little natural hillside that is Green Meadow.  This, in many respects, is Ed’s heritage to the next generation and gift to a brighter, greener future.

This entry was posted by Caleb Wilde on January 7, 2014 at 9:27 am, and is filed under Green Burial. Follow any responses to this post through RSS 2.0.You can leave a response or trackback from your own site.