The 2008 Men of Mortuaries Calendar

The Men of Mortuaries Calendar lasted two years.  This 2008 calendar is by far more spicy than the 2007 and it’s also the last edition.  Although, after speaking with Ken McKenzie over the phone (the creator of the 2007 and 2008 calendar), he would consider bringing the calendar back if there was enough popular demand.  Maybe even do a women’s calendar.

So, go ahead and buy the book HERE.  But before you do, enjoy these shirtless male morticians. 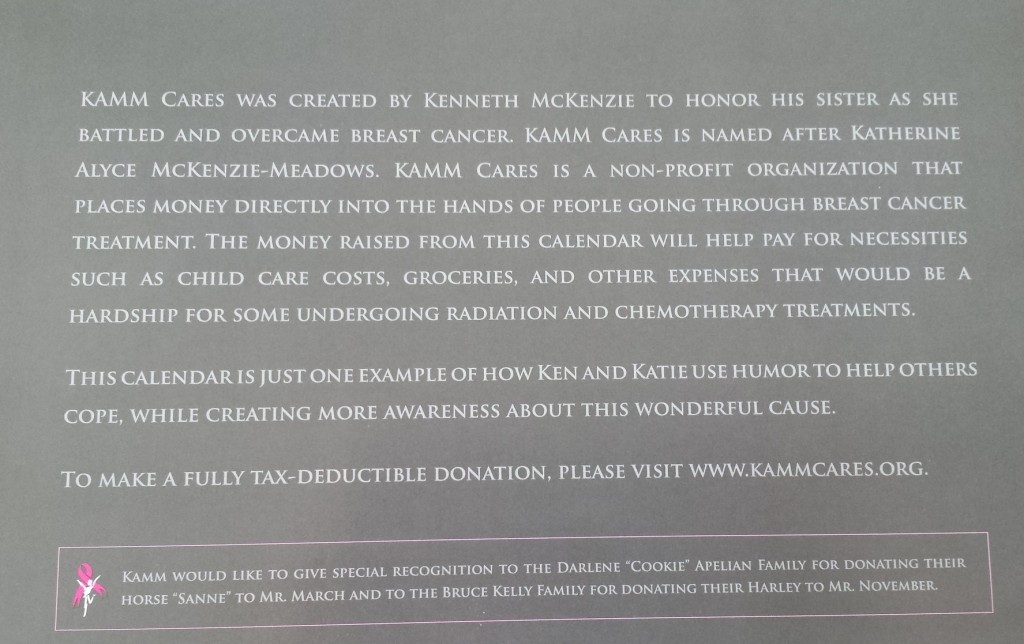 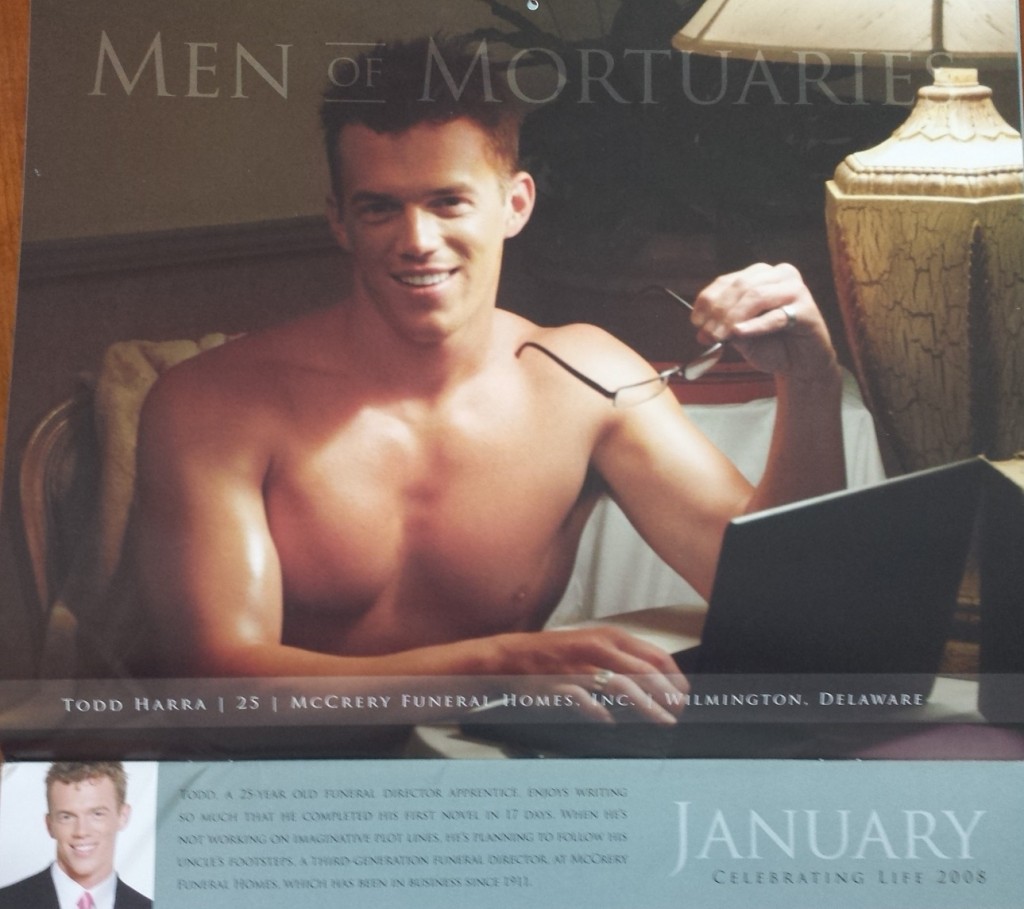 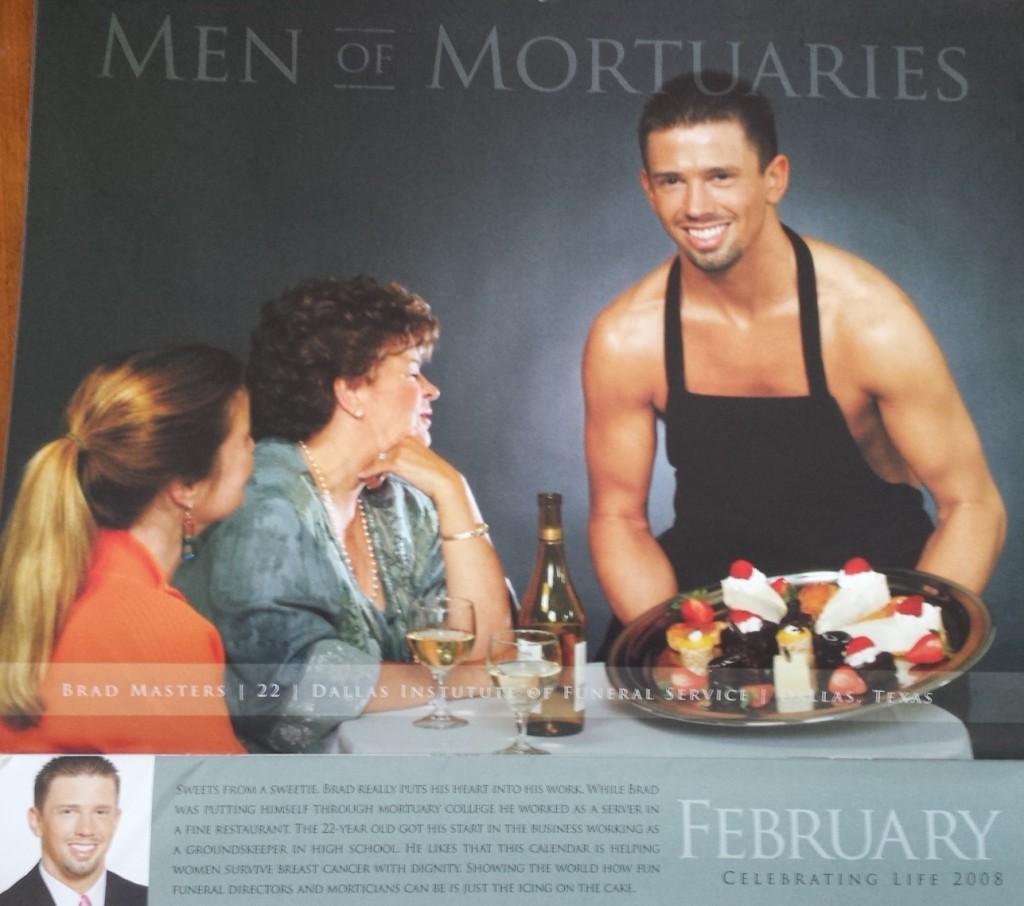 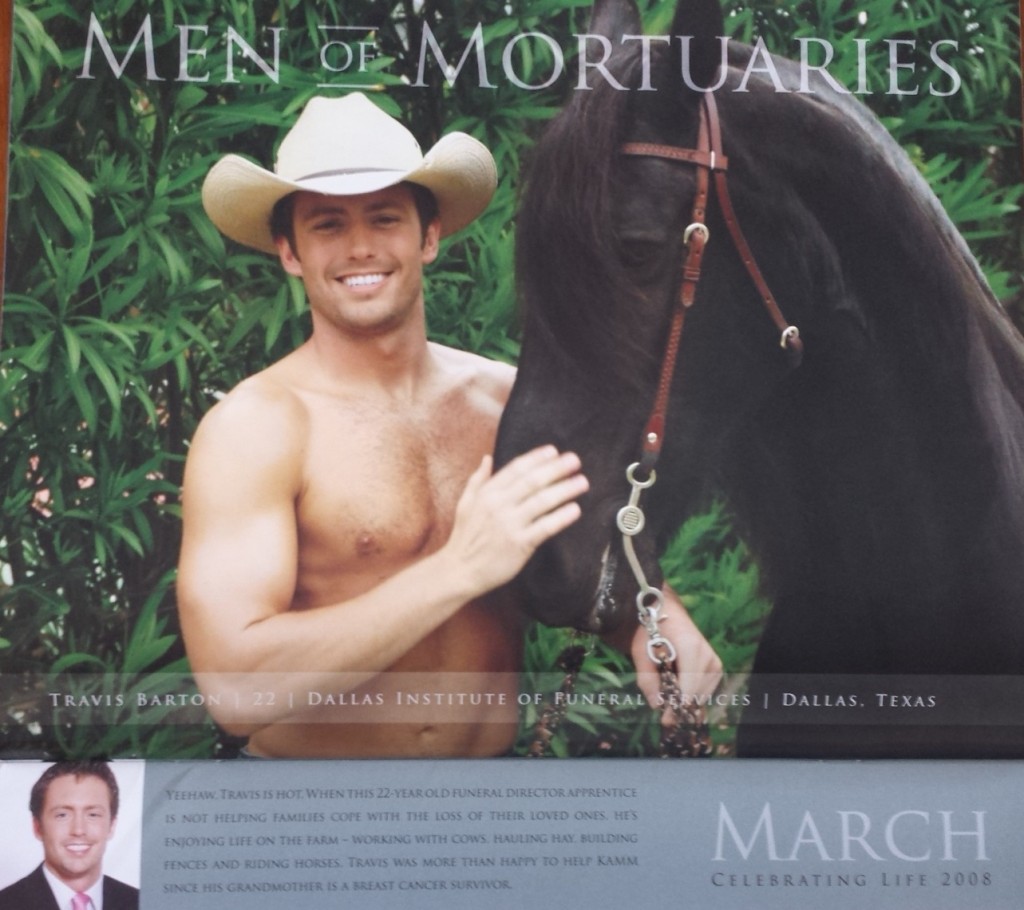 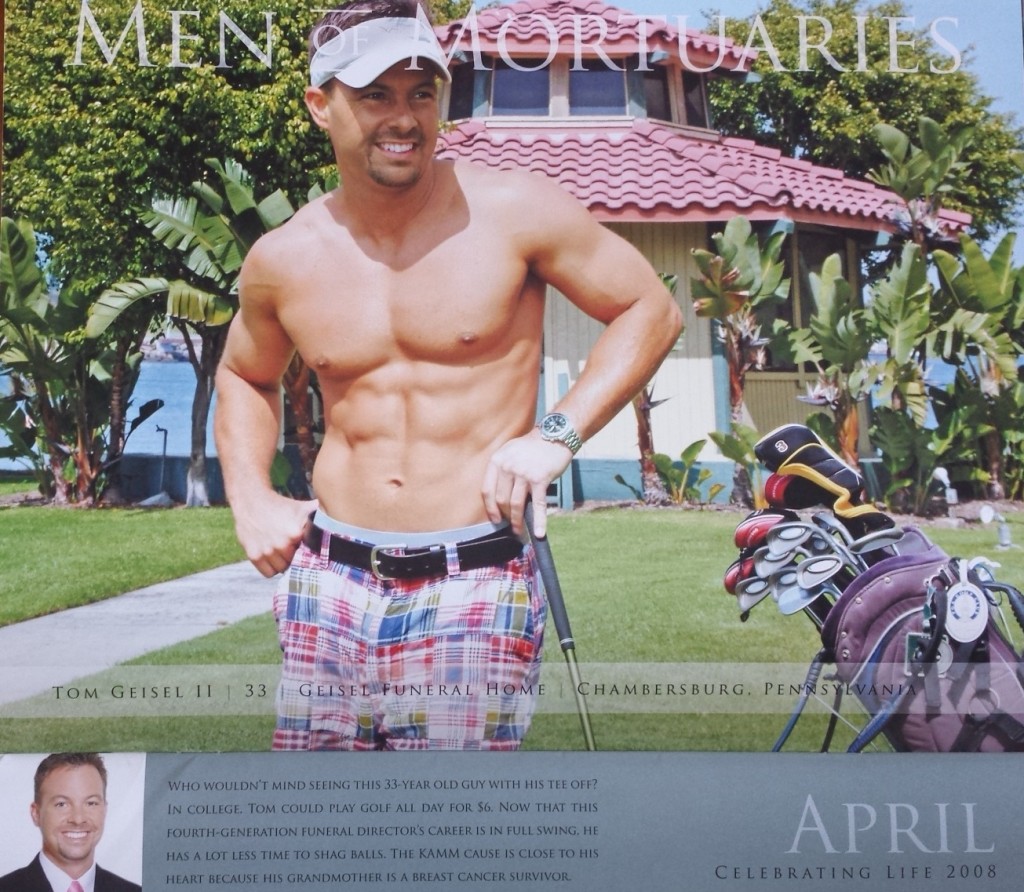 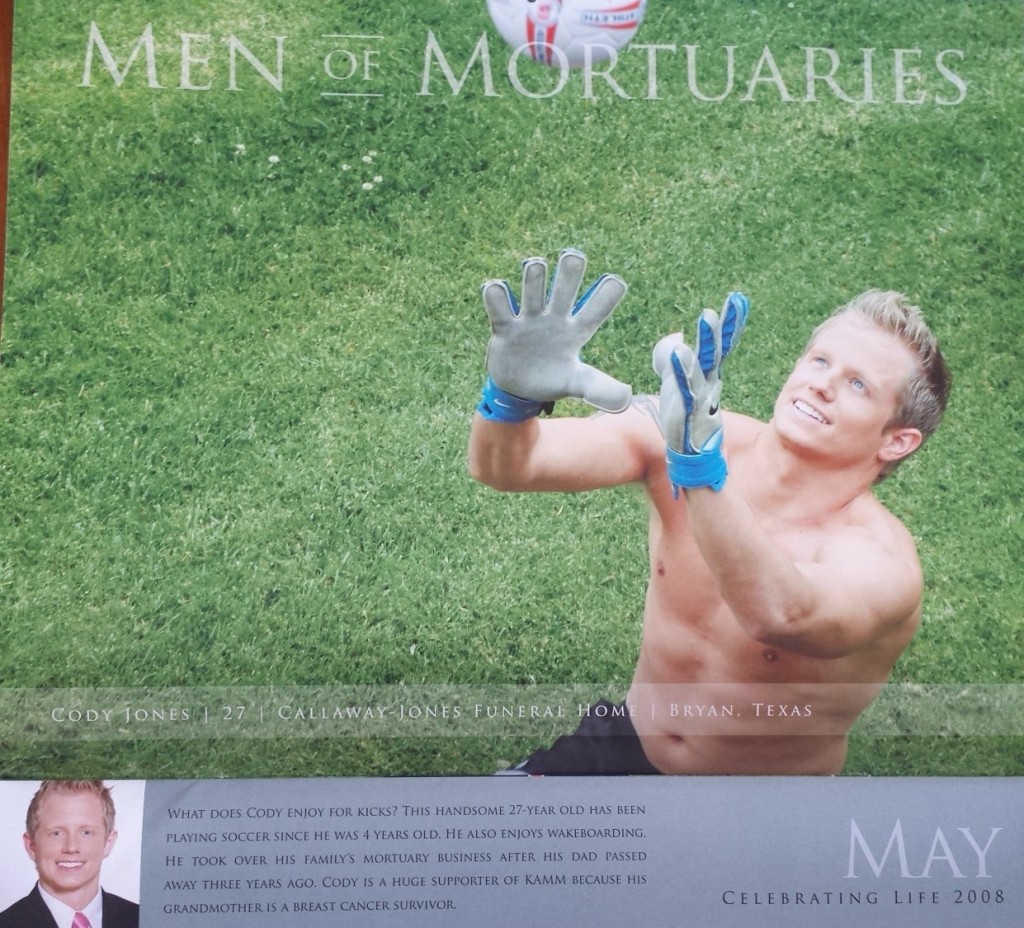 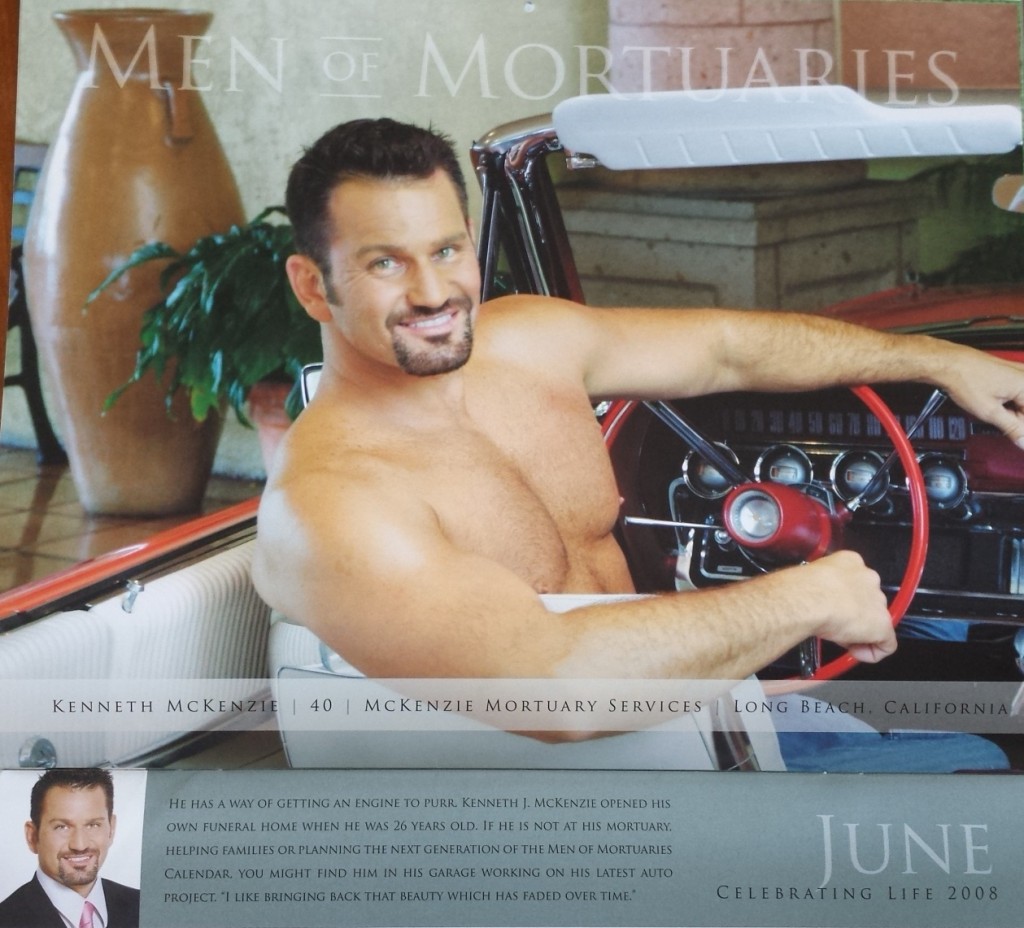 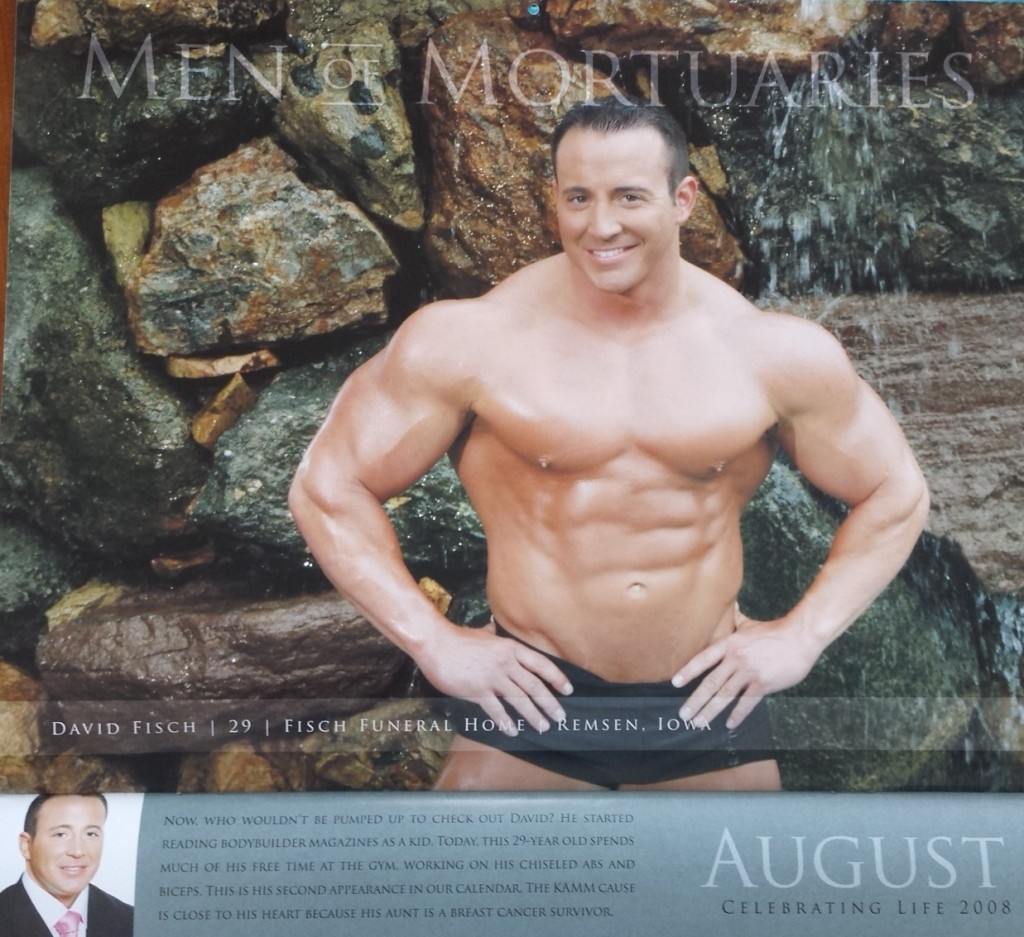 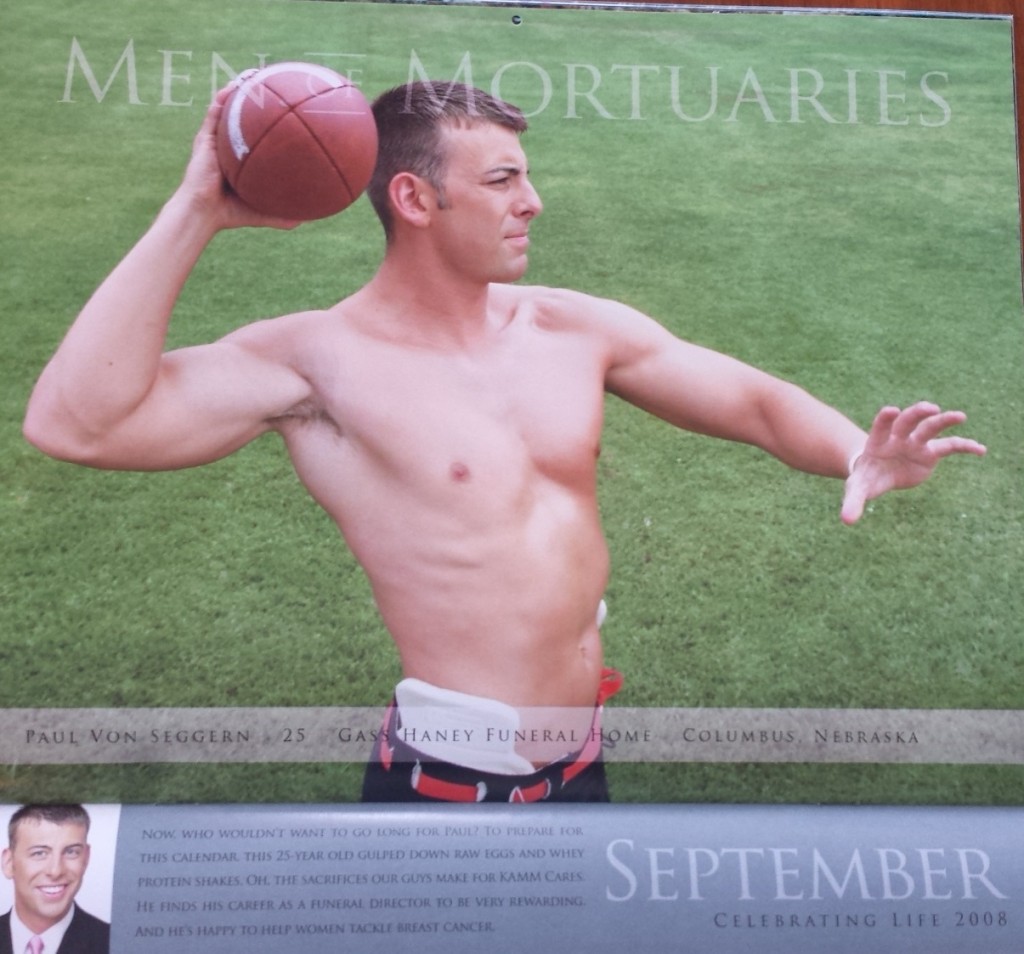 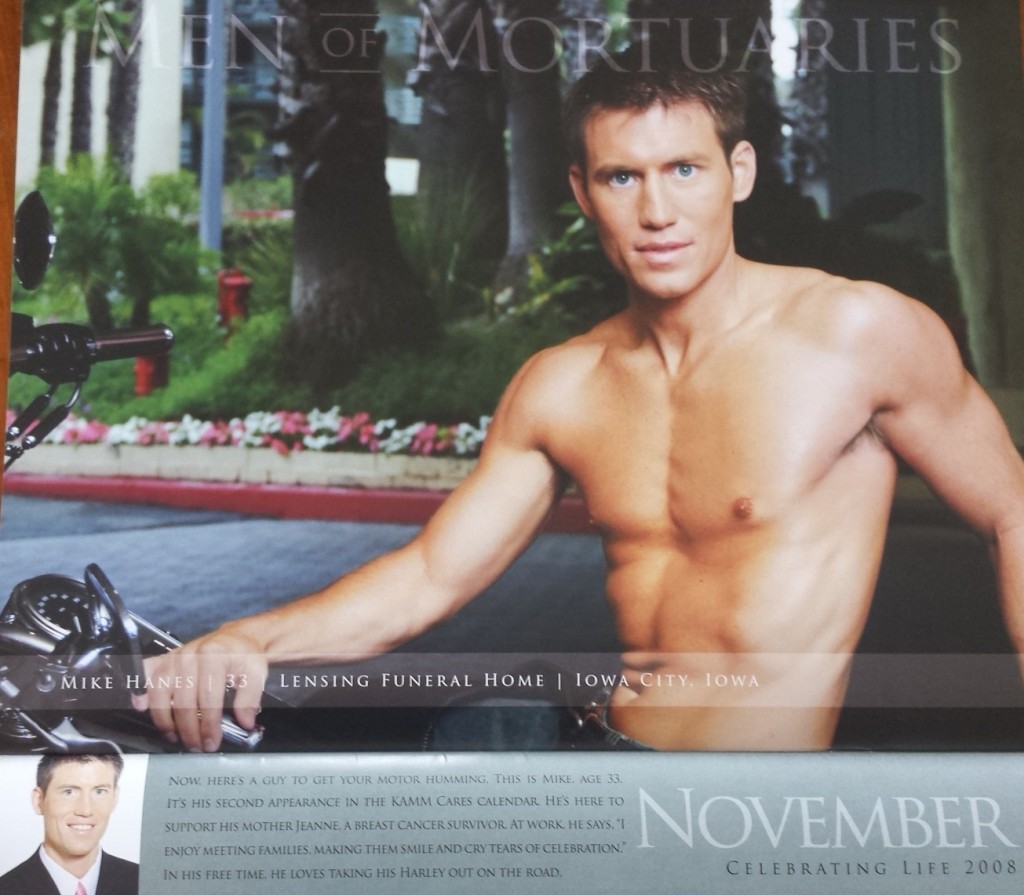 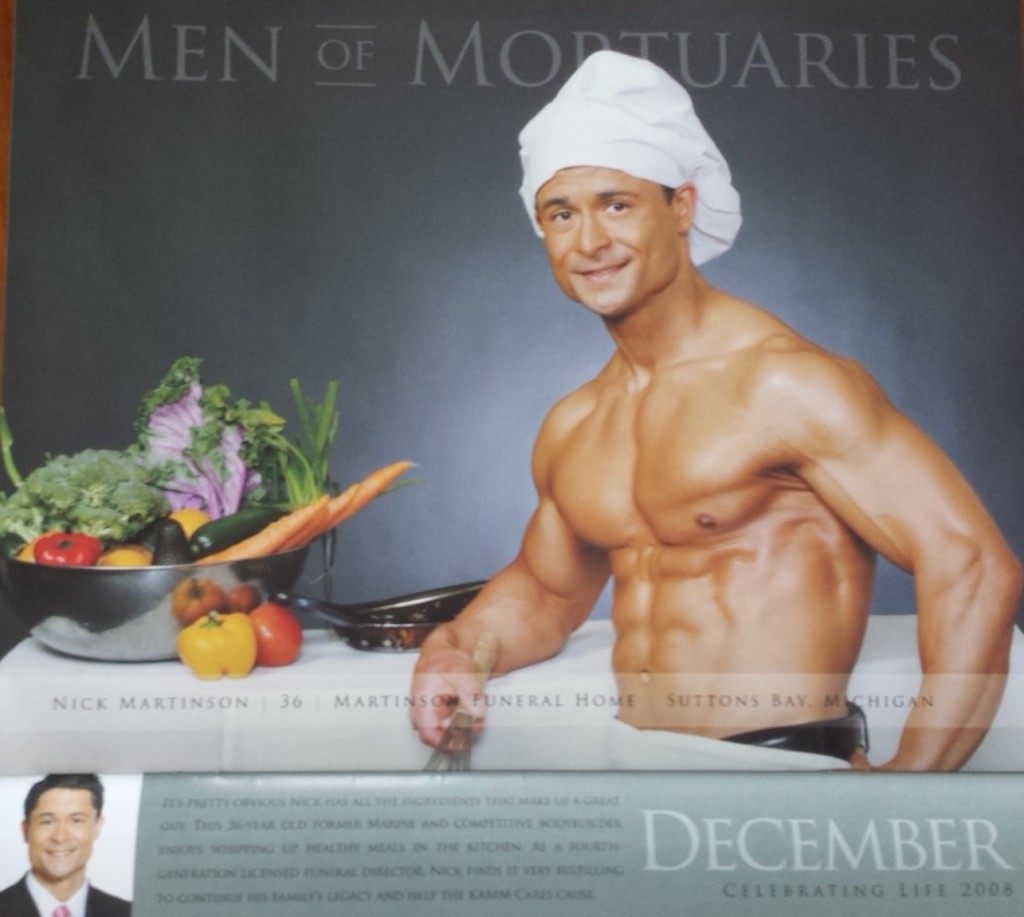 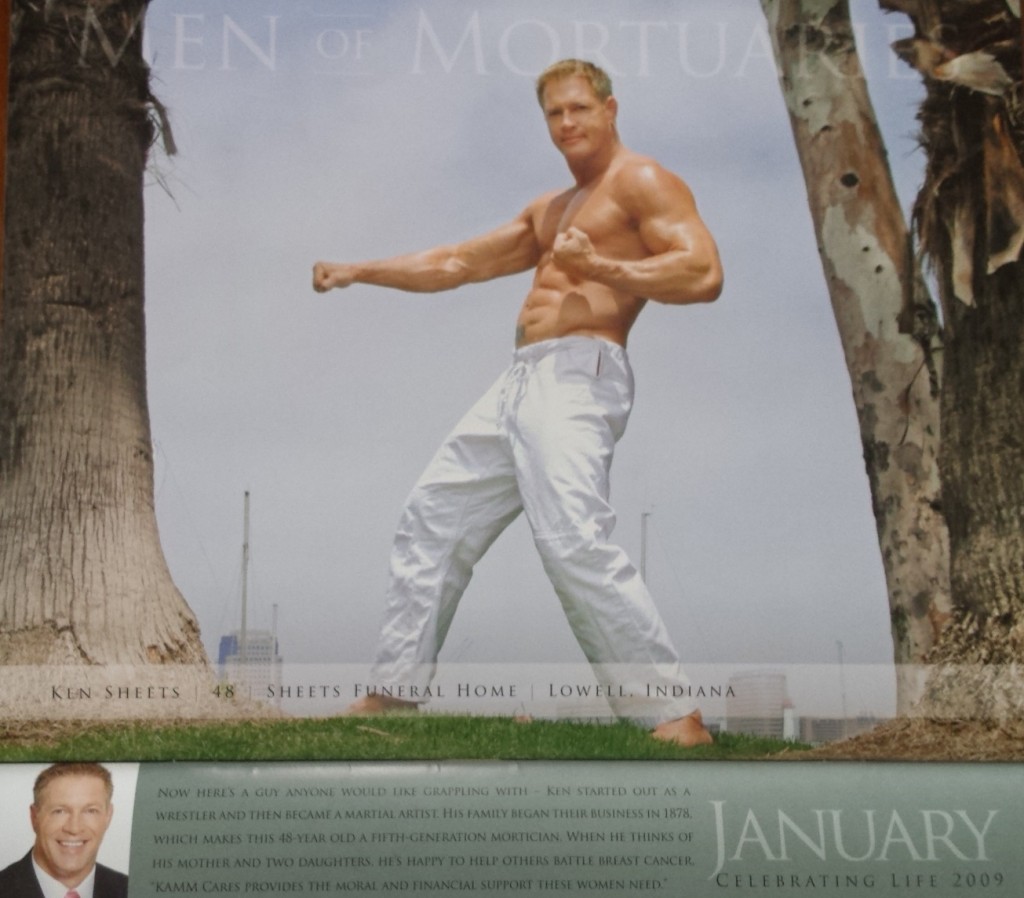 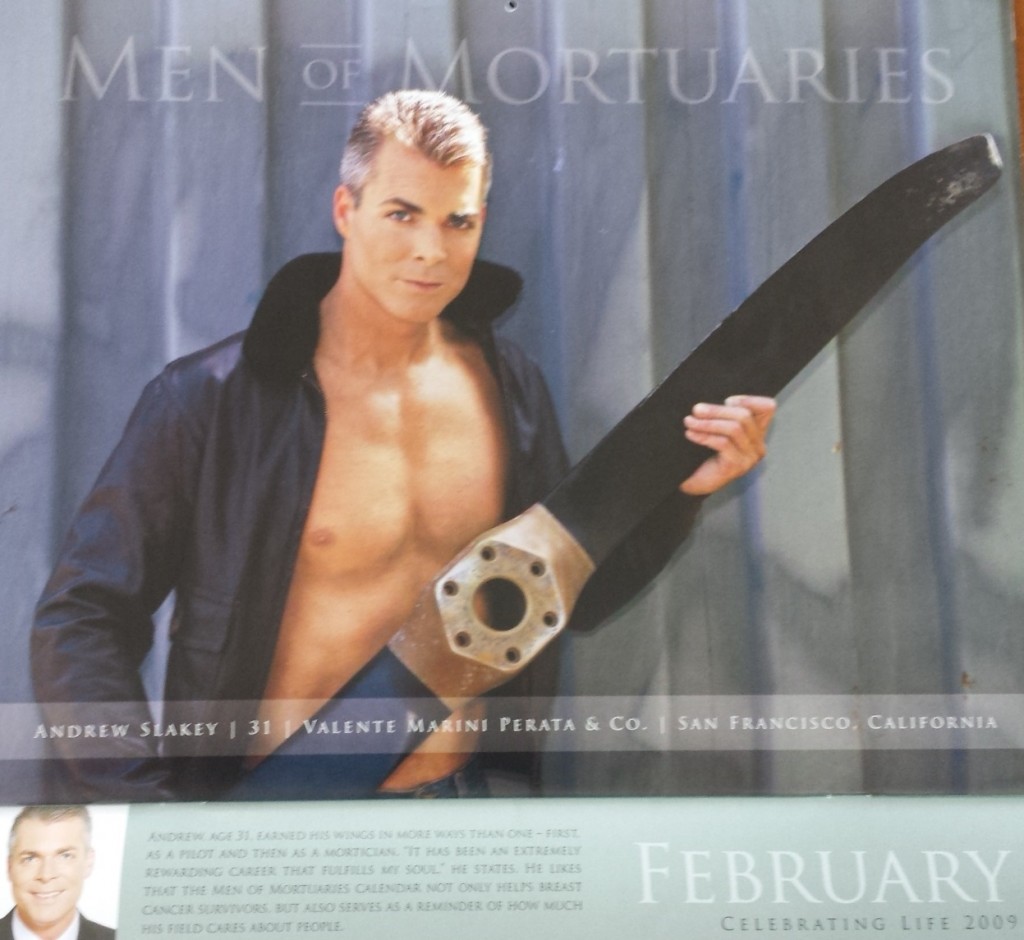 This entry was posted by Caleb Wilde on July 10, 2014 at 8:51 pm, and is filed under Aggregate Death. Follow any responses to this post through RSS 2.0.You can leave a response or trackback from your own site.