The Suicide Forest in Japan

Emulation suicide (or “copycat suicide”) is a real thing.  Often times a suicide in a popular novel, in a popular movie, a celebrity suicide or a suicidal song will spark what’s called “suicide contagion”, otherwise known as the Werther effect, which sets off a sting of related suicides.

The Werther effect occurs in different settings.  Sometimes, you’ll see it play out in schools, where a number of kids will take their lives in a certain period of time.  You’ll see it happen in families, where each consecutive generation experiences suicide to some level.  Movements, like the Tunisian Revolution was set off by the protest suicide of Mohamed Bouazizi.  And you’ll see it happen in specific places, such as Aokigahara, otherwise known in Japan as the “Suicide Forest”.

The forest is a popular place for suicides, reportedly the most popular in Japan. Statistics vary, but what is documented is that during the period leading up to 1988, about 100 suicides occurred there every year.[5]

In 2003, 105 bodies were found in the forest, exceeding the previous record of 78 in 2002.[6] In recent years, the local government has stopped publicizing the numbers in an attempt to downplay Aokigahara’s association with suicide.[7]  As of 2011, the most common means of suicide in the forest were hanging and drug overdoses.[9]

The high rate of suicide has led officials to place signs in the forest, in Japanese and English, urging suicidal visitors to seek help and not kill themselves. Annual body searches have been conducted by police, volunteers, and attendant journalists since 1970.[10][11][12]

The site’s popularity has been attributed to the 1960 novel Kuroi Jukai (Black Sea of Trees) by Seichō Matsumoto.[13] However, the history of suicide in Aokigahara predates the novel’s publication, and the place has long been associated with death: ubasute may have been practiced there into the nineteenth century, and the forest is reputedly haunted by the Yūrei (angry spirits) of those left to die.[7] 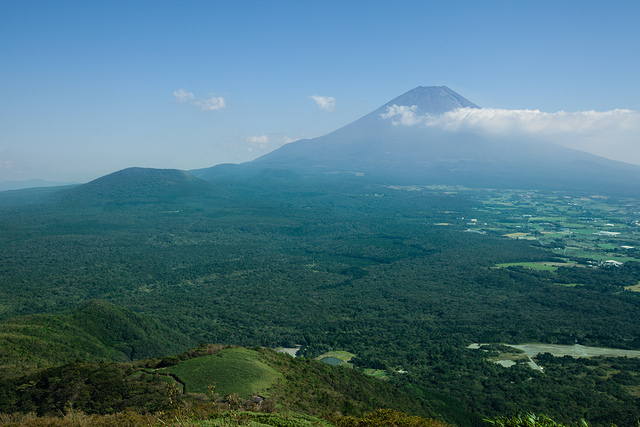 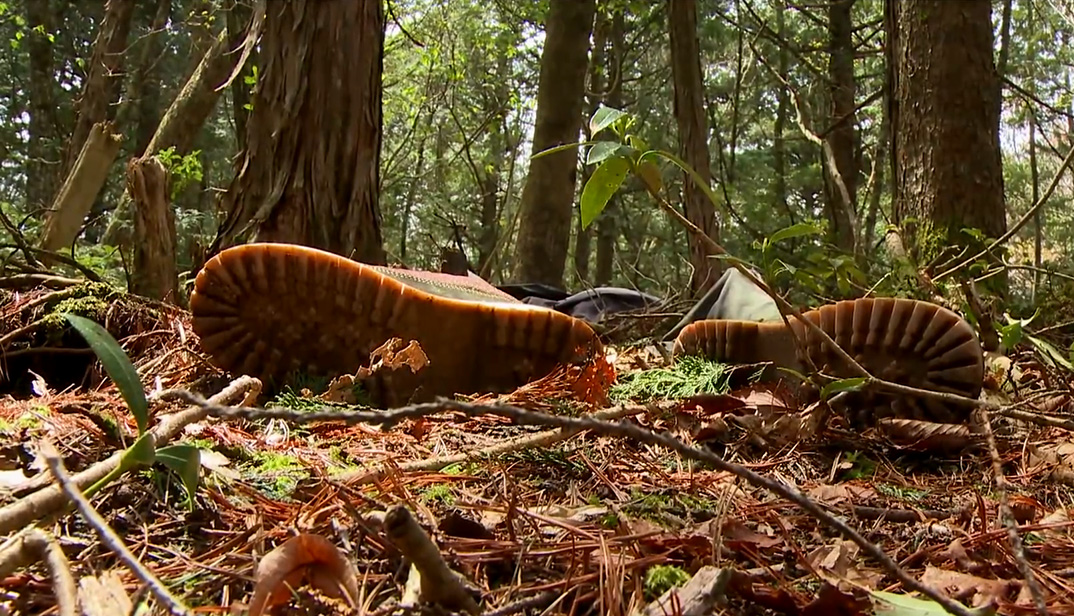 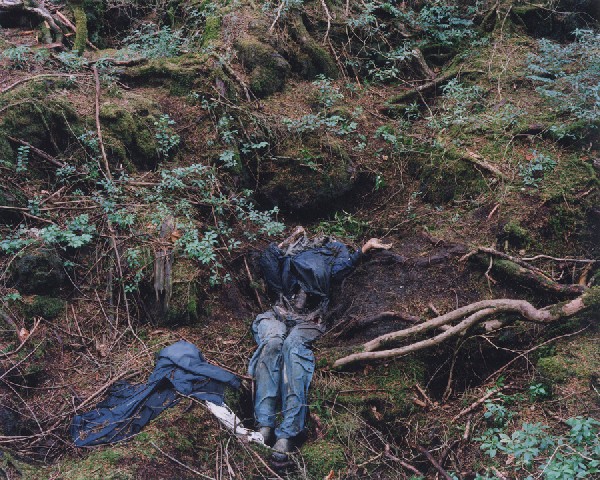 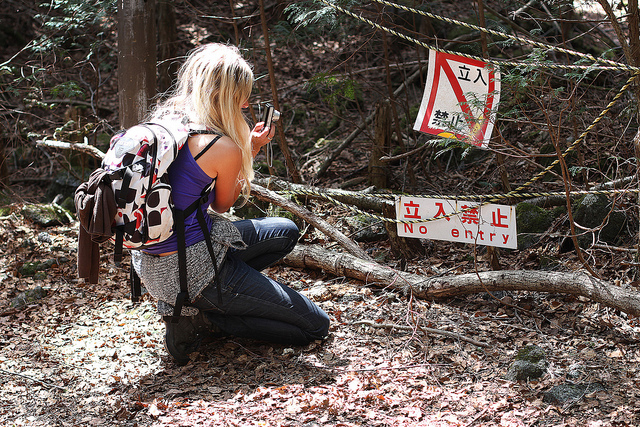 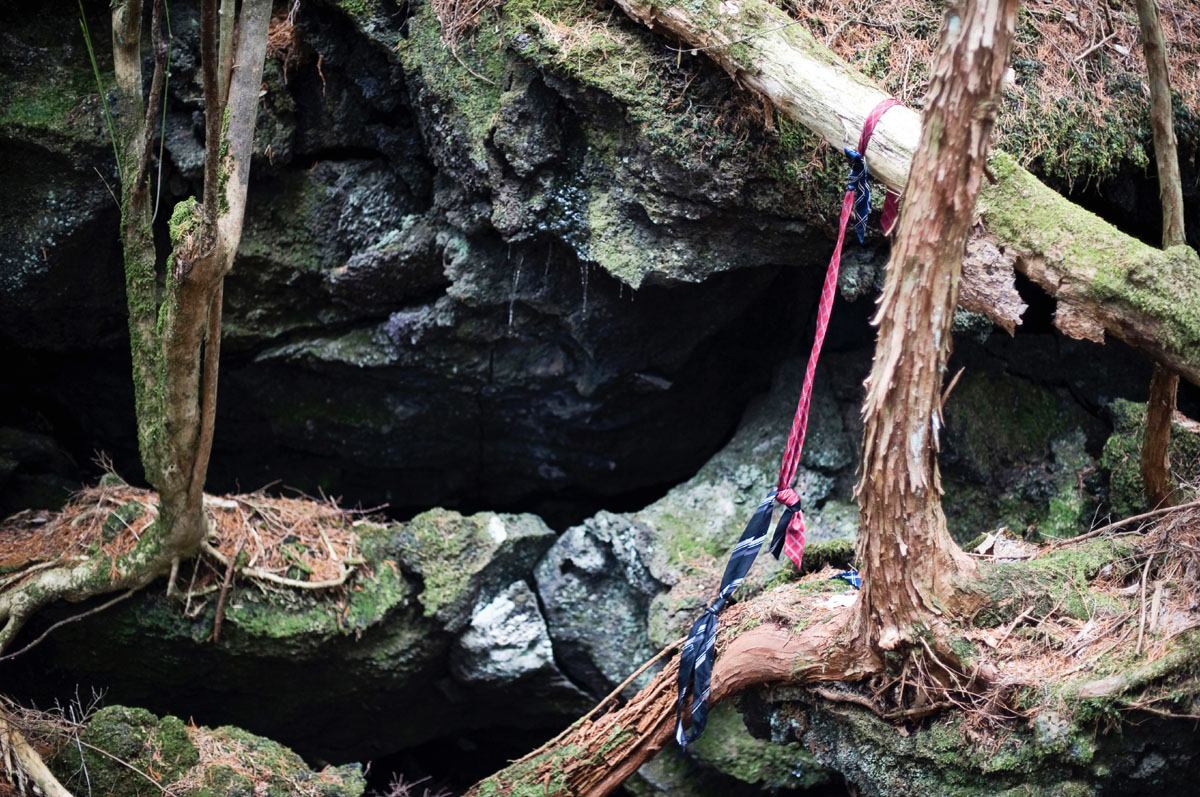 A noose made from neckties hangs from a tree in Aokigahara Jukai in Yamanashi Prefecture, Japan on 26 March, 2009. Hanging and drug overdoses are the most common methods chosen by those taking their lives in the forest. 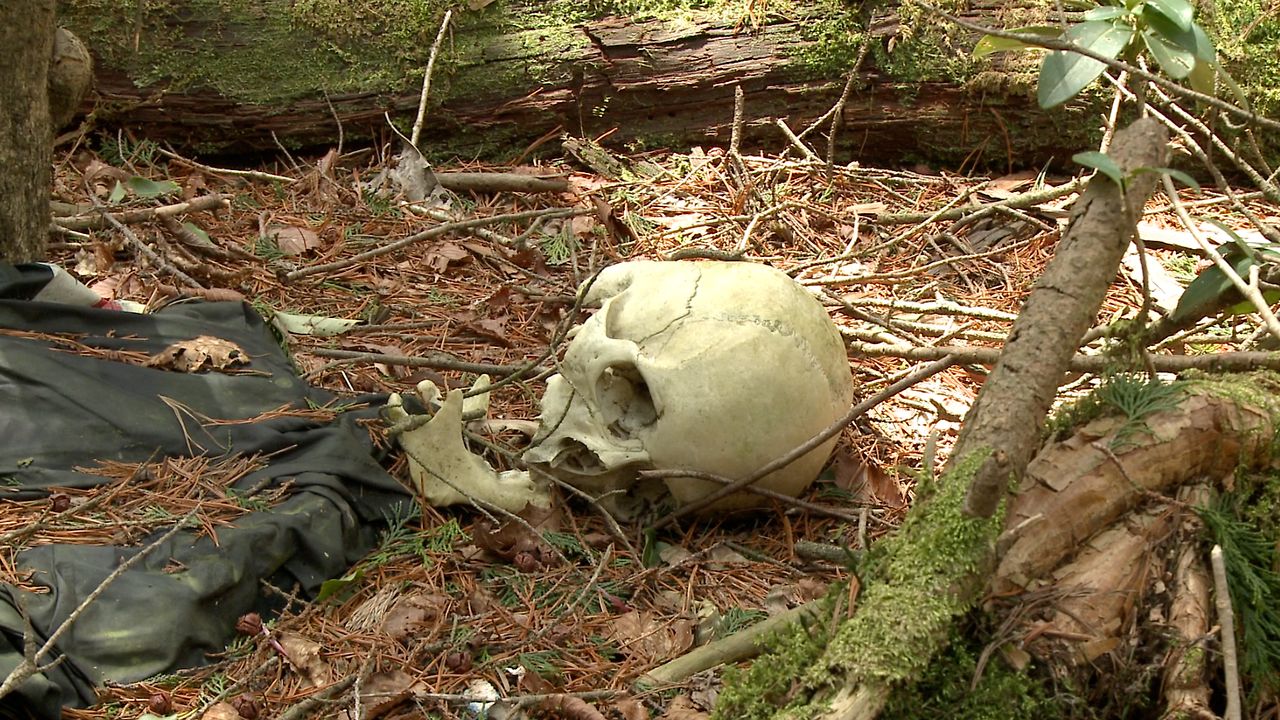 This entry was posted by Caleb Wilde on July 20, 2014 at 7:57 pm, and is filed under Aggregate Death. Follow any responses to this post through RSS 2.0.You can leave a response or trackback from your own site.