« Nine Things About Human Decomposition
Cremation of a Human Body » 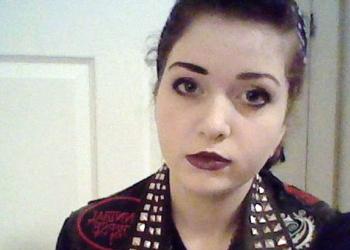 “Walking Corpse Syndrome” or Cotard’s syndrome, is an extremely rare psychological condition where the victim believes he or she is actually dead.  Although Cotard’s syndrome isn’t fully understood, it’s often linked to bipolar disorder, depression or schizophrenia.

In 2012, Japanese doctors described a 69-year-old patient who declared to one of the doctors, “I guess I am dead. I’d like to ask for your opinion.” When the doctor asked him whether a dead man could speak, the patient recognized that his condition defied logic, but could not shake his conviction that he was deceased. After a year, his delusion passed, but he insisted on the truth of what happened during it. “Now I am alive. But I was once dead at that time,” he said. He also believed that Kim Jong-il was also a patient at the same hospital.  Via Mental Floss

There’s a new case in Alabama, a case which the teen believes was brought about by her parent’s divorce.

She says about the divorce, “I didn’t cope with it well.  Then one day when I was sitting in English class I had this really weird sensation that I was dead and I couldn’t shake it.”

She started to miss school, sleeping all day and staying away all night.

“I’d fantasize about having picnics in graveyards and I’d spend a lot of time watching horror films because seeing the zombies made me feel relaxed, like I was with family,” she said.

According to the Daily Mirror, she confided in one of her friends.

“I thought he’d think I was a freak but he just nodded and listened,” she said. “It gave me the confidence to tell my dad.”

Her father urged her to see a psychiatrist, who helped her on the road to recovery.

And this part of her story kind of reads like something from the Onion: she says that watching Disney films gave her a “warm, fuzzy feeling” and make her realize she isn’t dead.

“’The Little Mermaid,’ ‘Aladdin,’ ‘Sleeping Beauty,’ ‘Bambi’ — I watched them all,” Smith said. “Being a corpse was the most bizarre experience, but I’m so glad I managed to get out alive.”

This entry was posted by Caleb Wilde on January 17, 2015 at 6:41 pm, and is filed under Aggregate Death. Follow any responses to this post through RSS 2.0.You can leave a response or trackback from your own site.