One.  Your Body Cannibalizes Itself

“Within three days of death, the enzymes that once digested your dinner begin to eat you. Ruptured cells become food for living bacteria in the gut, which release enough noxious gas to bloat the body and force the eyes to bulge outward.” — Discovery Magazine

Unless, of course the body is embalmed, which drastically slows this process and usually doesn’t allow for the bug eyes to occur.

Two.  The Urban Death Project Wants to Compost You

“The Urban Death Project (UDP) utilizes the process of composting to safely and gently turn our deceased into soil-building material, creating a meaningful, equitable, and ecological urban alternative to existing options for the disposal of the dead.  The project is a solution to the overcrowding of city cemeteries, a sustainable method of disposing of our dead, and a new ritual for laying our loved ones to rest.”

A major consideration in the longevity of an embalmed corpse is the climate it’s in. If it’s in a dry, arid environment it has a longer chance of lasting (example, the Egyptian mummies).  Moisture is the kryptonite of an embalmed corpse.  I’ve heard a number of funeral directors claim that they’ve seen 70 year old disinterred embalmed bodies that look like they only died last week.  But, morticians like to exaggerate the power of their trade, so I’m not sure if it’s a tall tale or the honest truth.

“Grave wax, or adipocere, is a crumbly white, waxy substance that accumulates on those parts of the body that contain fat – the cheeks, breasts, abdomen and buttocks. It is the product of a chemical reaction in which fats react with water and hydrogen in the presence of bacterial enzymes, breaking down into fatty acids and soaps. Adipocere is resistant to bacteria and can protect a corpse, slowing further decomposition. Adipocere starts to form within a month after death and has been recorded on bodies that have been exhumed after 100 years. If a body is readily accessible to insects, adipocere is unlikely to form.” – Via Australian Museum.

It should be noted that adipocere is very rare. 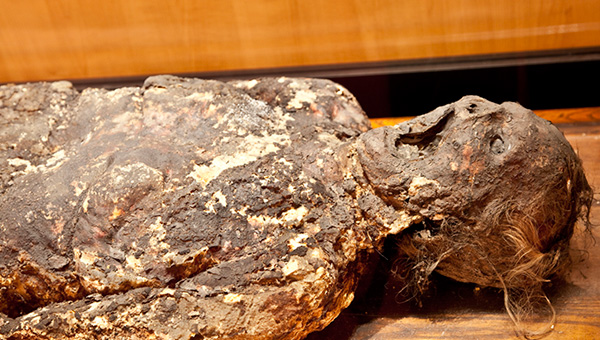 Soap Woman from the Mütter Museum

Five.  If you’re embalmed, put in a casket and buried in a concrete vault …

Let’s make this clear:  If you want to do the whole “dust to dust” thing in a relatively short amount of time, DON’T be embalmed, DON’T use a sealing casket and DON’T use a concrete vault with a plastic liner.

If the concrete vault is lined with plastic (as some of the more expensive ones are), it could be 500 years before your dead dust reaches the earth’s dirt.

If you want to become part of the earth, get a biodegradable casket, don’t be embalmed and pass on the vault (if you can find a green cemetery).  If you go this route, it will probably only take your flesh a year to become grass, or flowers or a mud pie.  Or, you could just be cremated.  That’s the quickest way to become dust.

No, a body farm isn’t’ a place where people are grown.  It’s a forensic research facility where human decomp. can be studied in different settings. The goal of the body farm is to gain a better understanding of the decomposition process; and then use that information (such as the timing and circumstances of death) to help in crime solving, etc..

It’s rare.  But it happens.  The idea is pretty simple: a body is placed in a sealed casket, the gases from the decomposing corpse become trapped.  The pressure rises and before you know it the casket is like an overblown balloon.  It doesn’t necessarily explode like a balloon, but it will spill out all the nasty fluids and gasses trapped inside.  And when a casket explodes in a mausoleum, this can happens: 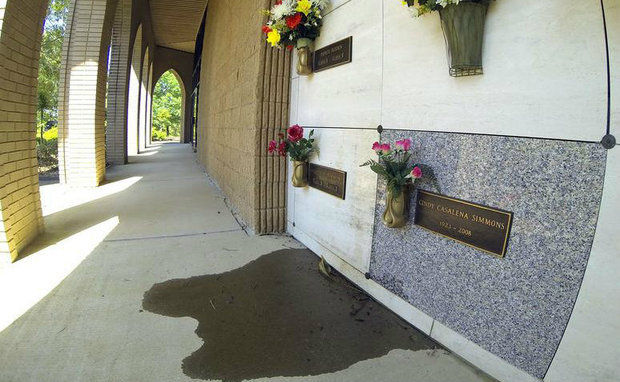 Some sealing caskets have pressure valves that can “fart” like Tupperware.

Eight.  The Mummies on Mt. Everest

There have been over 200 climbers who have died in the area of Mt. Everest known as “The Death Zone” (the area above 26,000 feet).  Because of the harsh conditions and lack of oxygen, most of these bodies remain on Mt. Everest in the same position in which they died.  Most of the bodies have been mummified by the sub-freezing climate. 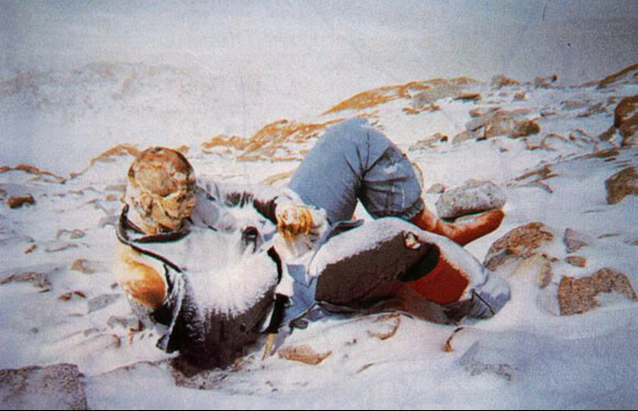 Via How Stuff Works: Bodies in water decompose twice as fast as those left unburied on land. Decomposition is the slowest underground — especially in clay or other solid substances that prevent air from reaching the body since most bacteria require oxygen to survive.”

This bog man says, “I didn’t decompose like other corpses because I died in a bog where the acidity kills most of the bacteria that would have eaten me” 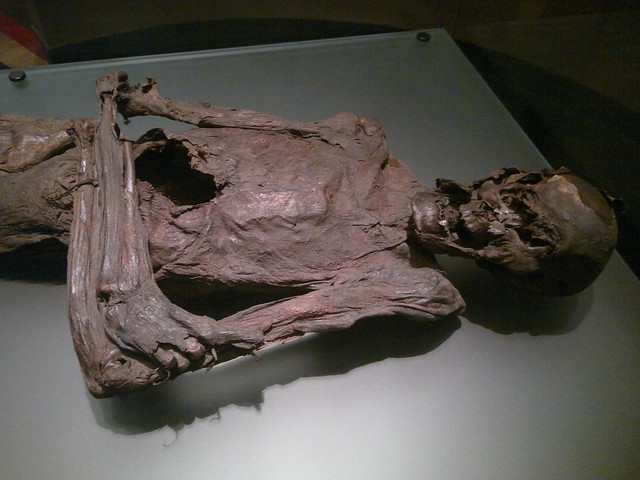 This entry was posted by Caleb Wilde on January 16, 2015 at 9:20 pm, and is filed under Aggregate Death. Follow any responses to this post through RSS 2.0.You can leave a response or trackback from your own site.