To Bury a Father

This post is by photographer KIMMO METSÄRANTA.  It is used with Kimmo’s expressed permission. 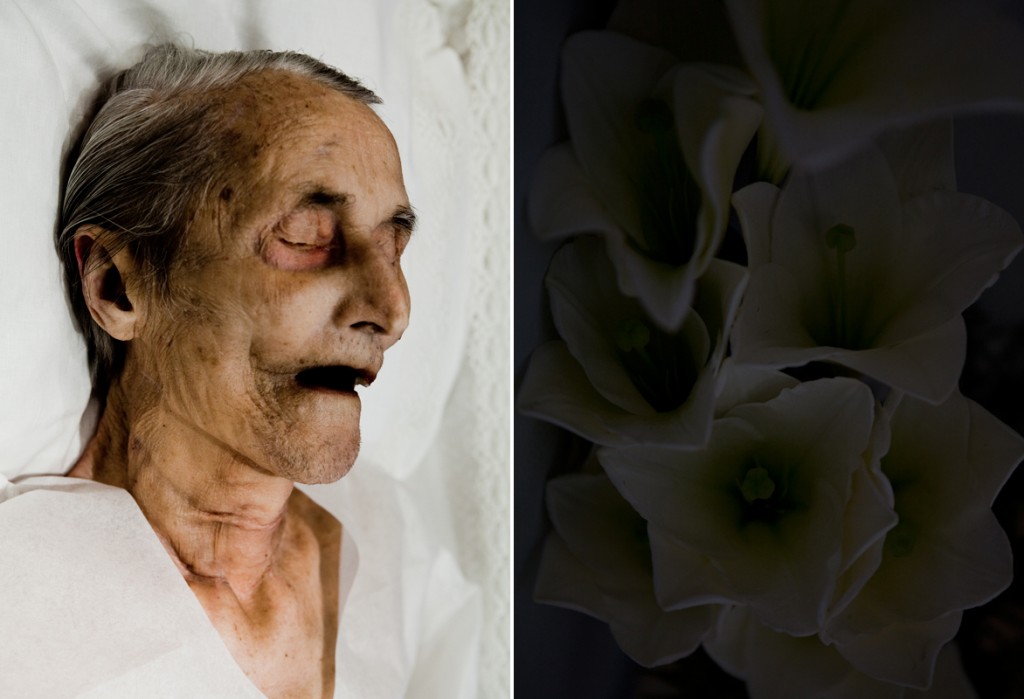 My grandfather died in the spring of 2014. It didn’t come as a surprise to anyone. During the last two years he didn’t respond a lot, he wasn’t present. I don’t know if he thought about dying, was he expecting it, afraid of it. I don’t think so. He was 87 years when he died. 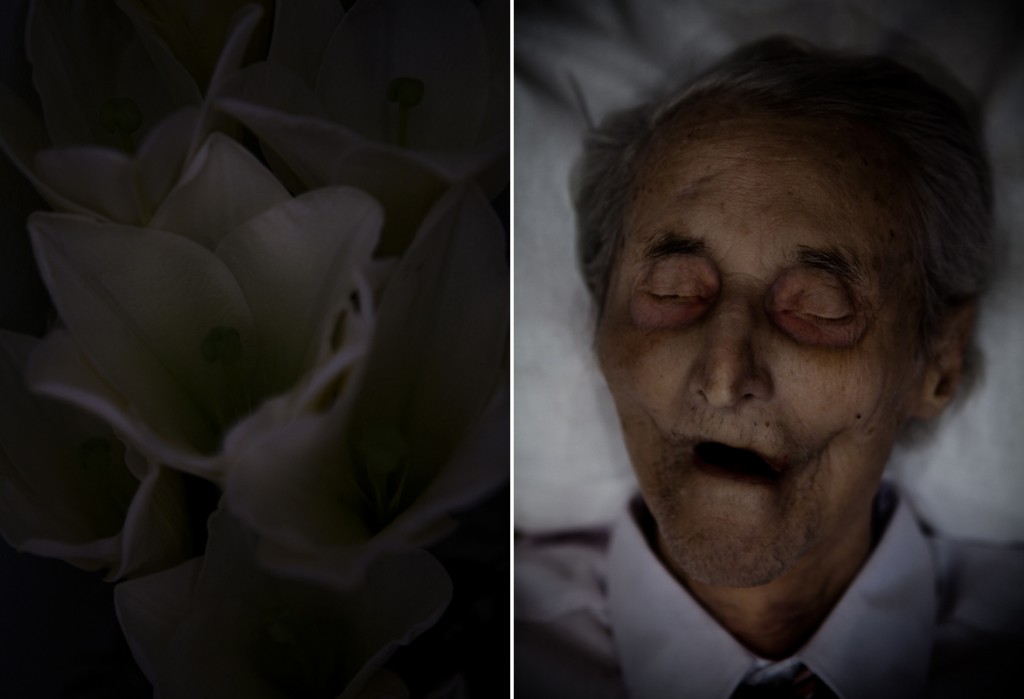 My sister and I prepared him for his coffin with the mortician. We dressed him into his best suit, combed his hair. It felt like a last favour for him. Maybe I was trying to compensate the fact that I visited him far too seldom. I don’t have a clear conscience about that. 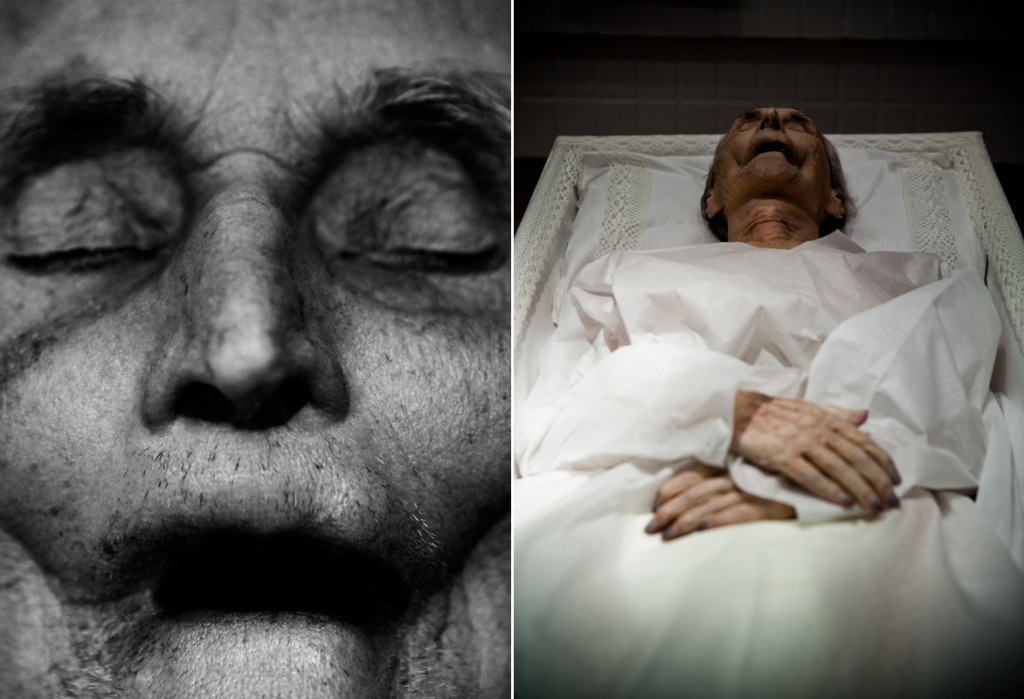 Most people in Finland don’t know that you can go dress the deceased. And if they did they probably wouldn’t do it. Death is still a taboo. You are not supposed to talk about it, little alone to show pictures about it. I don’t know why this is. Maybe we don’t want to be reminded of the fact that none of us is immortal. 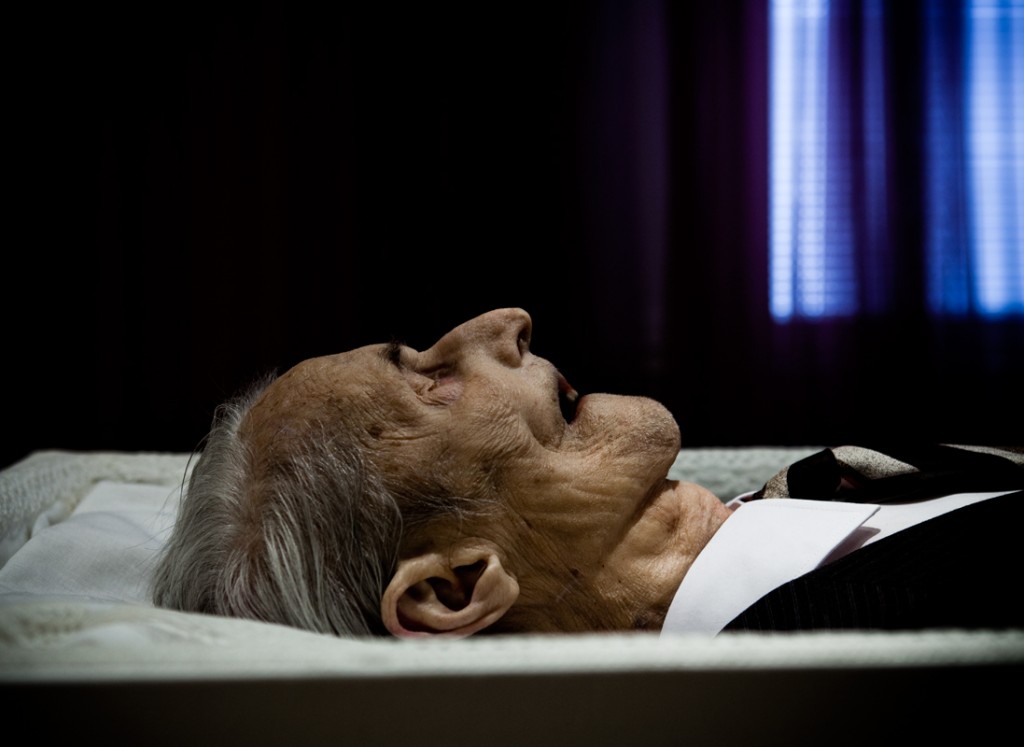 My grandfather and I were not close for many years due to the fact that he and my grandmother lived far away. Only after he ́s condition started to deteriorate did I make more effort to visit them. The visits were not easy. He didn’t have his hearing anymore and my grandmother had no short term memory. She would ask the same questions again and again and he would sit in the table and smile, not knowing what we were talking about. But he seemed pleased that he still recognised me. 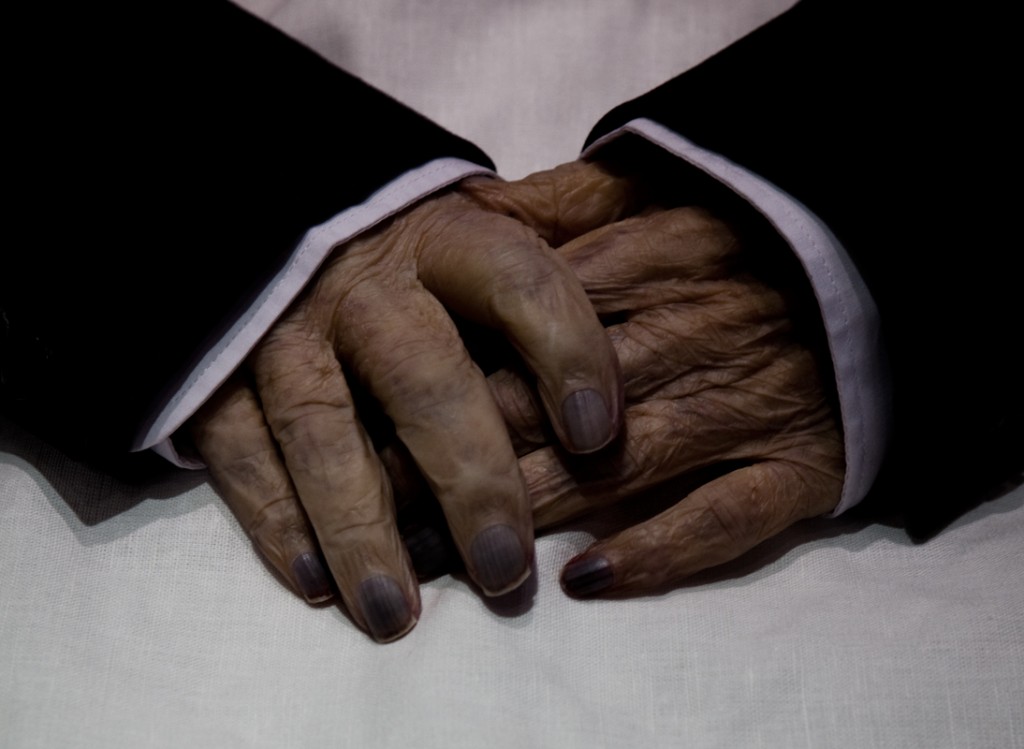 The moment of preparing my grandfather was beautiful. Time seemed to come to a halt. There was no hurry, nothing outside the present moment. All the memories felt stronger, more concrete. During the years I had photographer him on many occasions, he always had this amazing feeling of presence. This was our last shoot together although in some sense he was no longer here. Merely a shell was left. I took photos for a few minutes, then I closed the coffin with the mortician. That was that. The last time I saw him. 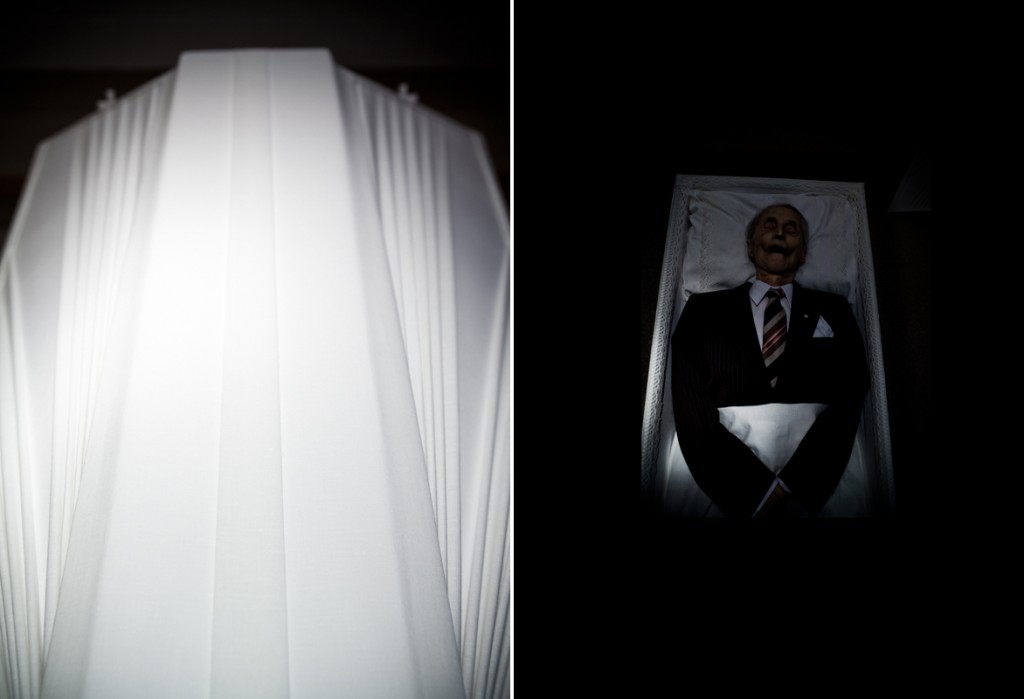 Later as I watch the pictures he seems to be at ease. And there still is that sense of presence. In some way I feel a lot closer to him now than I did before.
2014
back to work

You can see more of Kimmo’s work HERE.

This entry was posted by Caleb Wilde on January 21, 2015 at 7:28 pm, and is filed under Death of a Grandparent. Follow any responses to this post through RSS 2.0.You can leave a response or trackback from your own site.