Presidential Grief: Five Stories of Death in the White House 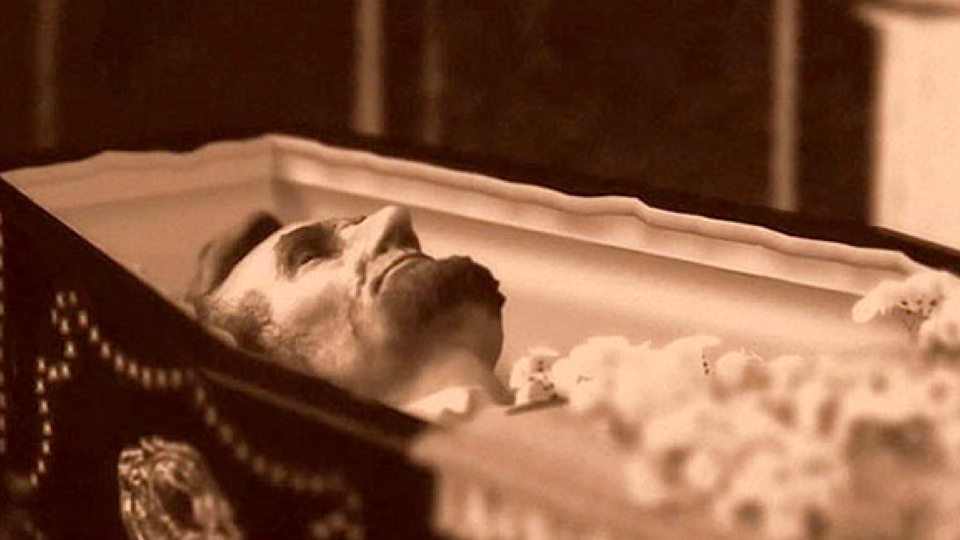 The presidency of the United States often seems like a job filled with perks, and we so often think of the man and the office as a single entity. They often have to lead the nation in its grief response to tragedy – after all, to whom do we look in times of crisis? The president. But let’s not forget there is an individual behind that title – and often, presidents and their families have had to cope with grief and tragedy on intensely personal levels while residing behind the gates of 1600 Pennsylvania Avenue. In honor of Presidents Day on February 16, when our nation honors all those who have taken up the mantel of national leadership, here is a brief look at a few presidents and their families who knew the sting of grief and death all too well within the walls of the White House.

Andrew Jackson (1829-1837): The president known as “Old Hickory” had a long, storied military career that included a decisive victory at the final battle of the War of 1812, the Battle of New Orleans – two weeks after the war had officially ended. His personal life was no less full of controversy, having married his wife Rachel in 1791, only to have it declared a bigamous union, leading to their divorce in 1794. After things were cleared up, the pair remarried soon after, and would remain married until Mrs. Jackson died on December 22, 1828 – 72 days before her husband assumed the presidency and months after the death of the couple’s adopted Native American son Lyncoya in early 1828.

Franklin Pierce (1853-1857): A lesser-known chief executive and widely proclaimed one of our nation’s most incompetent presidents, President Pierce battled for years with substance abuse issues, and was by no means a stranger to grief. His oldest son, Franklin, died three days after birth, while middle son Frank Robert died at age 11 from typhus. The Pierces left New Hampshire in January 1853 to prepare for the president-elect’s inauguration on March 4. On January 6 – 57 days before Pierce would become president – the train carrying the future First Family derailed and tumbled down an embankment. Most on the train only suffered minor injuries, but there was one fatality – the Pierce’s youngest son, Benjamin, was beheaded in the accident. Pierce’s presidential years are largely seen as a mere footnote by most historians, but tradition was born out of the family’s grief: the placement of a Christmas tree in the White House, where there has been one every year since 1856.

Abraham Lincoln (1861-1865): Not only did President Lincoln have to guide the nation through the struggle to reunite a nation torn asunder by the Civil War, but he also had to try and hold his family together when youngest son Willie died of typhoid fever in 1862. The 11-year-old’s funeral was held in the White House, and for years afterward, First Lady Mary Todd Lincoln would often converse with her dead son. She would go on to outlive three of her four children, as well as her husband, who was assassinated in her presence. She was committed to an institution for a year, suffering from what was likely depression exacerbated by bereavement overload and very complicated grief. She would spend the last decade of her life largely hidden from society.

John F. Kennedy (1961-1963): President Kennedy and his wife Jacqueline brought a youthful energy to the White House that many Americans were completely enamored with, awed by the seemingly perfect, beautiful couple and delighting in the antics of their young children, Caroline and John Jr. (who was born three weeks after his father’s election to the presidency). Unbeknownst to many, Mrs. Kennedy suffered a miscarriage in 1955 and gave birth to a stillborn daughter in August of 1956. On August 7, 1963, the First Lady gave birth to a son, Patrick, while the family was vacationing in Massachusetts. For 39 hours, doctors tried to keep the baby, who had been born 5 ½ weeks early, alive while the president kept a nearly uninterrupted vigil, watching over the youngster. Patrick died on August 9. Within 3 ½ months, the First Lady would again find herself mourning – this time for her husband, who was assassinated on November 22, 1963, in Dallas. The president, Jackie, Patrick, and the couple’s stillborn daughter are all buried next to one another in Arlington National Cemetery.

This is but a sampling of those who experienced the death of a child or spouse before or during their tenure in office. Six other first ladies besides Mrs. Lincoln and Mrs. Kennedy had to mourn amid the tears of a nation when their husbands died in office, whether of illness (William Henry Harrison, Zachary Taylor, Warren G. Harding, and Franklin D. Roosevelt) or an assassin’s bullet (James Garfield and William McKinley). The White House may be one of the most secure homes in the world, but not even high-tech security can insulate presidents and their families from death and the resulting wave of grief.

About the author: Chad Harris is a graduate student at Hood College in Maryland, where he is pursuing a master’s degree in thanatology, as well as coursework in gerontology. He also holds a bachelor’s degree in journalism from the University of Central Arkansas, as well as a master’s degree in social work from Case Western Reserve University. He is currently researching the role of mass media in shaping people’s perceptions of death and the impact of media coverage on grief and mourning, with the hopes of helping promote more responsible coverage of tragic events.

This entry was posted by Caleb Wilde on February 16, 2015 at 8:21 pm, and is filed under Death. Follow any responses to this post through RSS 2.0.You can leave a response or trackback from your own site.