« The Thing About Funerals: Most People Never Have One
Presidential Grief: Five Stories of Death in the White House »

10 Ways Children Can Be Involved in Funerals 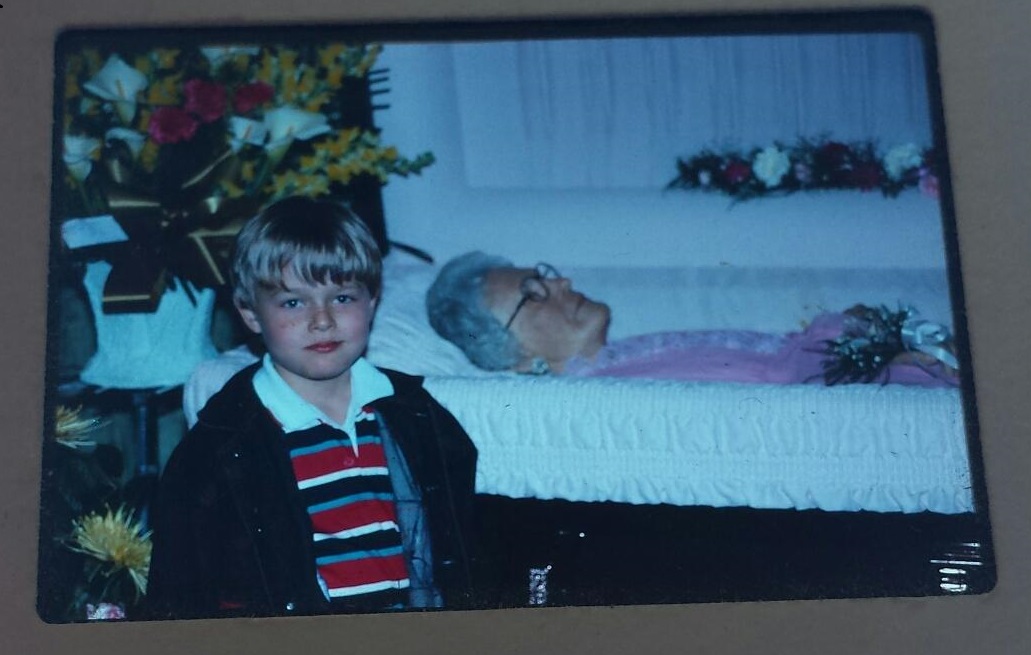 Me and my great grandmother

There’s a concept called “disenfranchised grief.”  The idea is that there’s certain types of grief relationships that society either downplays as less important or outright ignores.  For example, the grief over a pet’s death; the death of an ex-spouse; and — a big one — miscarriages and stillbirths.  But perhaps the biggest segment of disenfranchised grievers are children.

Children are disenfranchised for two reasons: their parents haven’t confronted death on a personal level and have become so frightened of it that their natural reaction is to shield their children from the perceived “monster of death.”  And two, parents simply repeat the evasive cliches and religious euphemisms they’ve been taught, leaving kids to believe that the deceased is just “sleeping” or “gone to be with the angels.” Cliches act as an unintentional defense mechanism that often keep the children from full death confrontation and thus grief.

Many of the following suggestions depend on the age, maturity and level of comfort the child has with death.  Certainly you never want to force a child to confront death.  But if they want a role in the funeral process, here’s ten ideas (many of which were sourced and screen captured from the Confessions of a Funeral Director Facebook community):

Involvement doesn’t necessarily mean DOING something.  Involvement can simply mean BEING present in the context of community.  When it comes to death, perhaps the greatest form of involvement is presence.  And perhaps the easiest way to determine if your child should or shouldn’t be present is to simply ask them.

As a funeral director, I’ve seen children of all stages at the deathbed of the deceased, many have been brought while their parents made the funeral arrangements, they’ve been present for private viewings, present for public viewings and present for the funeral.  It’s okay (maybe even healthy) to involve your children in as much of the funeral process as you want them to see.

Have them great the family and friends that are coming to the funeral.  Usually there’s a stand with a registrar book and memorial cards.  I’ve seen young children take charge of getting people to sign in and handing out the memorial cards.  It’s a very positive and fulfilling role for the children. 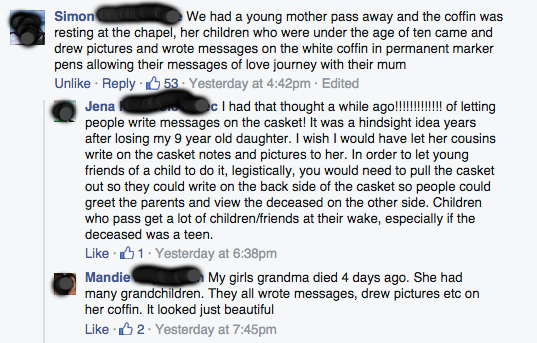 6.  Hand Out Flowers at the Graveside.

Sometimes flowers will be handed out at the graveside as a “final token of remembrance.”  It’s a beautiful thing when children hand out the flowers.

This entry was posted by Caleb Wilde on February 15, 2015 at 8:50 pm, and is filed under Children and Death. Follow any responses to this post through RSS 2.0.You can leave a response or trackback from your own site.