Trying to Make Sense of a Tragic Death 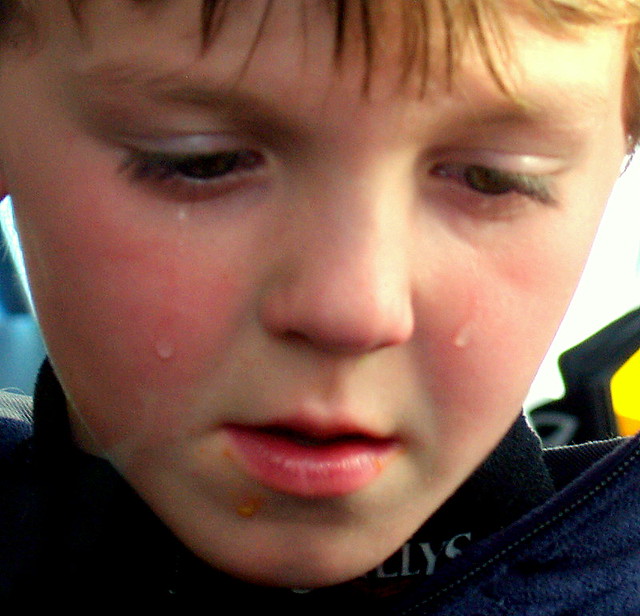 (As per all my posts, details of this story have been changed to respect the privacy of those involved.)

I picked up the phone with my rehearsed, “Hello.  This is the Wilde Funeral Home.  Caleb speaking.”  The voice on the other end says abruptly, “I have a problem … my son-in-law was killed in a motorcycle accident yesterday.”

Now that I know the nature of her call, the next five or six sentences are as rehearsed as the first.

“Thank you” she says.

I pause … waiting to see if the silence elicits any farther response; and, at the same time I’m contemplating if I should deviate from the script and ask her about details of the death.

Keeping with the script, I continue on, inquiring about the hospital he’s at, the name of her daughter, her daughter’s phone number and then the hardest question of them all:

“Do you know if you want embalming or cremation?” I say with hesitation.

And what proceeded was her only scripted response.

“It depends on the condition of his body.  The coroner told us he slammed into a tree without his helmet on, but they wouldn’t tell us anymore.  If he’s bad … cremation.  If he’s okay … embalming.”

We went over the plan of action, which consists of me calling the hospital to see if her son-in-law’s released, calling the coroner to inquire about the condition of the body and then calling her back to let her know a time she could come in to the funeral home and make arrangements.

I called the coroner’s office.

Got the release from the hospital.

And an hour later I was standing in the morgue unzipping the body bag to see if the body of this 40 year old man was viewable.  It was the back of the head that hit the tree … something we could fix for his wife and four young children (ages 5 to 13), so they could see their husband and daddy one last time.

15 hours of restoration.  He still didn’t look right.  Dead people never look right.  We’re so used to seeing them alive that dead is never accurate … but this was different.  This was a motorcycle accident that threw a man into a tree.

We gave the wife the choice to continue on with the public viewing or close the lid and she chose to keep it open, sharing the reality and source of her pain in all its distortion … sharing it even with her four young children and all their schoolmates that came out in support, many of whom saw unperfected death for the very first time.

The scheduled end of the viewing came and went but people kept coming to view.

Finally the last person filed past the casket and the family knew the time to say their last good-bye had approached.

The viewing was held in a church, with the casket positioned at the front of a totally full sanctuary.  As a way to provide privacy to the family, we turned the open casket around so that the lid blocked the view from the pews … creating a private space where tears could be shed in all their honest shock.

The sanctuary echoed with the cries of four children and their mother.

And the sanctuary echoed with the cries of four weeping children and their mother … making time stand silent.

The grandfather came up to the casket, wrapped his arms around the children and said, “This is hard for you to understand.”  The tear soaked porcelain skin cheeks.  The last look of their father’s physical body save the memories their young minds have stored.

In those moments as the sanctuary resounded with the cries produced by an inexplicable death, there wasn’t a person in the room who understood.

Yet all tried to understand.  All grasped for an explanation.

In these moments — as we watched these young children — we all became like them.  With all the well intended cliches emptied of meaning, we allowed our minds to reconcile with what our hearts were telling us: we simply can’t understand something that doesn’t make sense.

This entry was posted by Caleb Wilde on February 4, 2015 at 9:59 am, and is filed under Aggregate Death. Follow any responses to this post through RSS 2.0.You can leave a response or trackback from your own site.