« The Trauma of Closing the Lid of the Casket
When “I’m Sorry” isn’t enough. An apology for the misdeeds of the funeral profession. »

Digging up Grandma’s remains so you can sell her grave 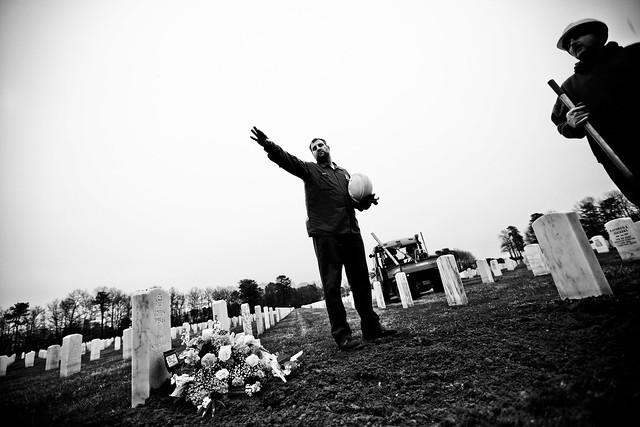 When cemeteries become full, that property’s value can skyrocket.  Supply and demand.

And when you’re hurting for money, and your grandmother’s remains are buried in said property, YOU DON’T SELLOUT GRANDMA!

That is, unless you’re the guy who just dug up grandma so he could sell her grave.

A Darwin, Australia man has dug up his buried grandmother and cremated her body so he could sell off her burial plot for spare cash.

This was revealed by NT News with further reports that Darwin City Council have been discussing whether to review the Cemetery Act, alderman Gary Haslett said.

Mr Haslett said a ‘black market’ has emerged as there are locals who were ‘dying to be buried’ at the city’s general cemetery.

It is unknown which cemetery the Darwin man sold his grandmother’s burial plot, however Darwin General Cemetery is at capacity with the exception of grave sites which were bought in advance.

You can read more HERE.

This entry was posted by Caleb Wilde on March 9, 2015 at 10:35 am, and is filed under Aggregate Death. Follow any responses to this post through RSS 2.0.You can leave a response or trackback from your own site.