« The Good Karma of a Tibetan Sky Burial: a video
21 Steps of an Autopsy » 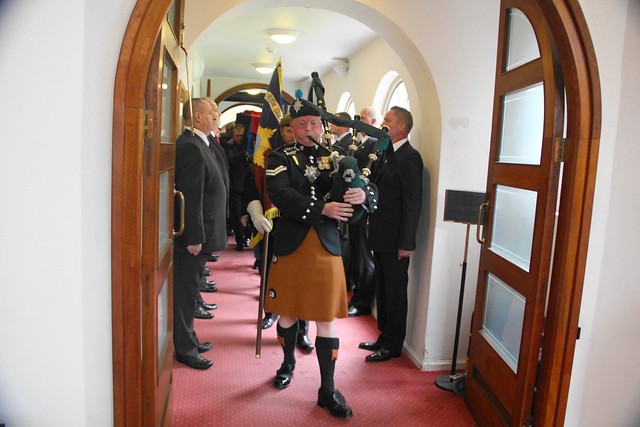 It seems fitting to reveal on Saint Patrick’s Day that the most common Google query that reliably draws readers to “The Inspired Funeral” day after day, week after week, is “Irish Funeral Music.” The last Irish funeral music post I wrote, garnered me tens-of-thousands of page views. Either the Irish are needing to know what is traditional or new to their own funerals, or those who aren’t Irish want to convey an Irish vibe to the festivities.

So lately, in my effort to be of sound funeral planning assistance, I’ve been fixated on how to make “Danny Boy,” the most famous of all Irish funeral ballads, new again. Can the beloved, seasoned, ever-so-classic-you-can’t-believe-they’re-trotting-it-out-again ballad be even more heart warming than it already is? Yes, it’s terrific–a total knock-out, in fact– sung in the classic mode by a male tenor, but here are some ideas you might consider when confronted with a funeral where “Danny Boy” is requested.

1. READ THE LYRICS AS STRAIGHT TEXT. DON’T HAVE IT SUNG AT ALL . Just read all four stanzas aloud from a podium, and grope for your handkerchief. Read it as a poem, aloud right now, and realize that by the time most singers get to the best, most moving lines, we listeners have been lulled into a sad, sweet snooze. (Take note, in stanza three: an “Ave” means “a prayer.”)

Oh Danny boy, the pipes, the pipes are calling
From glen to glen, and down the mountain side
The summer’s gone, and all the flowers are dying
‘Tis you, ’tis you must go and I must bide.

But come ye back when summer’s in the meadow
Or when the valley’s hushed and white with snow
‘Tis I’ll be here in sunshine or in shadow
Oh Danny boy, oh Danny boy, I love you so.

And if you come, when all the flowers are dying
And I am dead, as dead I well may be
You’ll come and find the place where I am lying
And kneel and say an “Ave” there for me.

And I shall hear, tho’ soft you tread above me
And all my dreams will warm and sweeter be
If you’ll not fail to tell me that you love me
I’ll simply sleep in peace until you come to me.

2. HAVE IT PLAYED WITHOUT THE LYRICS AS AN INSTRUMENTAL ON A SLIGHTLY UNUSUAL INSTRUMENT. Here’s a super great “Danny Boy,” totally right for a funeral, on church pipe organ and solo trumpet. Here’s Eric Clapton playing it on guitar with characteristic emotion, and not singing a word. And if you’re bleary-eyed from too much funeral planning and need a little chuckle, here’s “Danny Boy” played as an instrumental, down in the NYC subway system, on a saw.

3. JETTISON THE MALE IRISH TENOR. Women have been singing “Danny Boy” beautifully since soprano Elsie Griffin belted it out at the turn of the century. My personal favorite female-rendered “Danny Boy” is Sinead O’Connor’s, recorded in such a way that you could quickly improve any “Danny Boy” funeral by cuing it from an iPhone into Bose speakers. Nice save. And don’t neglect the grandchildren! They can sing “Danny Boy” at a grandfather’s funeral, and rock the house (though funeral music should generally not be a performance).

4. FINALLY, CONSIDER EMPLOYING A MORE UPBEAT “DANNY BOY” AFTER THE FUNERAL’S CLOSING. This idea might not be everyone’s pint of tea (or Guinness), but imagine “Danny Boy” played on sprightly banjo, after all concluding remarks and benedictions, as people are warmly greeting each other, hugging, finding their coats, blowing their noses, and remarking what a good funeral it was (Irish or not). Moral: it’s okay for a funeral to leave people uplifted in the vast majority of instances, grateful that the deceased were with us for as long as they were, and happier themselves–goddamnit– to still be alive, resolved to make good use of whatever time is left.

About the author: Amy Cunningham is a New York City funeral director and funeral celebrant especially passionate about getting families back involved in more personalized planning. She lectures on back-to-basics funeral planning and the greening of the industry. In her prior life she was a magazine journalist who wrote for Parenting, More, Glamour, and the Washington Post magazine. She is an active member of the National Home Funeral Association and ICCFA.

She writes a blog called TheInspiredFuneral.com

This entry was posted by Caleb Wilde on March 17, 2015 at 12:51 pm, and is filed under Guest Posts, Religious Holidays. Follow any responses to this post through RSS 2.0.You can leave a response or trackback from your own site.