10 Subculture Funerals that Would Be Really Cool

From an embalming perspective, laying out a nude nudist for a viewing would be difficult.  Displaying a naked body for a viewing would mean that I’d have to hide all my sutures through some expert waxwork, and I’d have to make sure the embalming fluid was evenly distributed to stave off any odd discoloration.  Generally, if an embalmer gets good distribution and an even color in the head and the hands, we’re good, because the head and the hands are the only parts of the skin visible for the viewing.  Even in a thoroughly embalmed body, there might be some discoloration in the feet, or other parts of the body.  But, it’d be a fun challenge and would demand that I’d do some of my best work.

“Beam me six feet down, Scotty”

This would be the exact opposite of a nudist funeral because no skin would be showing if the deceased wanted to be embalmed.  If the disposition was cremation, we’d get one of those Teddy Bear Urns.

So many ideas!  If the deceased wanted to be Wonder Woman, that whole even distribution thing would come into play.  If the deceased wanted to be dressed as Nintendo’s Mario, it’d be easier.  The casket could even be made to look like a Mario Cart.  If I was working the funeral, I’d probably dress up as Gomez Addams or a suit-clad Dracula (“I vant to drain your blood!”). 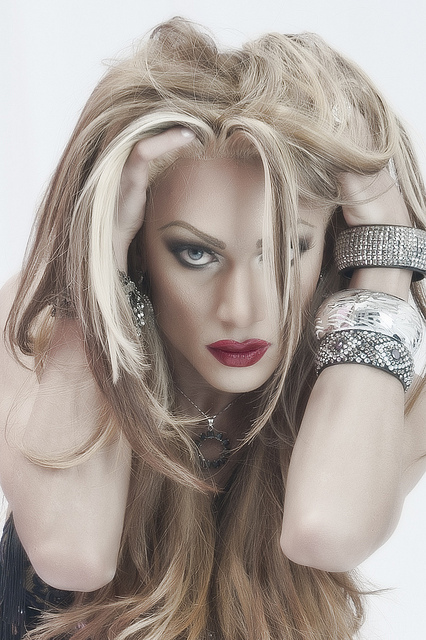 I’d totally dress in drag for the funeral, but I’d probably go for a David Bowie gender blending look to maintain a level of distinction.  Dressing a deceased person in drag would be beyond my capability.  I’d find a friend of the deceased in the drag world to help with the dressing and makeup, but Lord knows I probably don’t have enough makeup in the prep room to pull it off.

Nope.  Wouldn’t do this one.

This would be so fun.  The things you could do to a casket to make it steampunk.  I’m getting excited just thinking about it.  You could make a really elaborate locking system with a weighted lid so that you’d click a button and the lid would lower and lock in place.  Click it again, and the lid would rise on its own.  But, if you’d make something this awesome, it’d be really hard to bury it beneath the ground.

Of course, this steam powered hearse would be an absolute must. 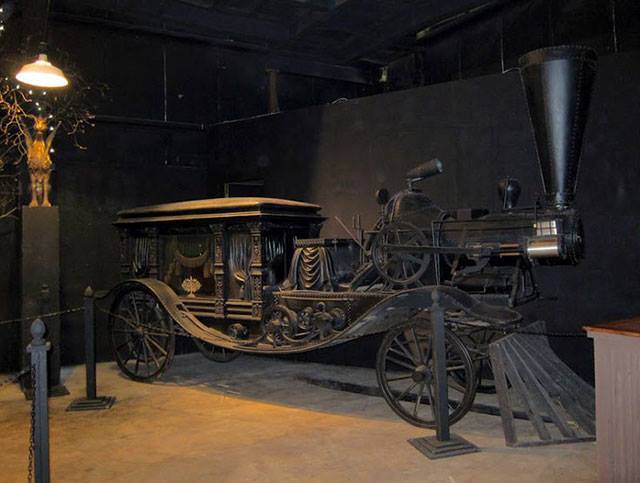 This would be boon for me because the Victorians were known for their absolutely lavish funerals.  Sell alllll the copper caskets!  Do you want two Prometheans?  How about a vault made out of gold?

I’d mix a little “extra tan” dye in the embalming fluid to give the bro that sun-kissed look.  I’d have the image of Ryan Lochte painted on the casket lid.  The deceased would be dressed in Southern Tide flannel shirts, and John Mayer would be playing during the viewing.  Once the bro slice would be buried, all his bros would pour beer on his grave while chanting his fraternity motto.

ADD SOME PROTEIN POWDER IN THE EMBALMING FLUID!  Turn up the pressure on the embalming machine and get those arteries and veins distended.  Turn on the workout music for the viewing.  We’d only need one pallbearer who could deadlift the casket and snatch walk it all the way to the hearse.  But really, who needs a hearse when you have men who could throw

This entry was posted by Caleb Wilde on July 18, 2017 at 7:06 pm, and is filed under Dark Humor. Follow any responses to this post through RSS 2.0.You can leave a response or trackback from your own site.