« Al’s Soul Is in that Damned Bird!
10 Subculture Funerals that Would Be Really Cool »

10 Things Funeral Directors Do to Chill

One.  We Hobby Hard.

I’m not a partier, so you can count me out of this group.  But I think I might be an exception.

A couple years ago a casket company flew me and about 20 other funeral directors to their casket-making plant.  During the day, we would walk around the plant and get all the details about how caskets are made.  During the evening, we’d be bused back to a lodge, a lodge that had an open bar.  There was a lot of libations, as seen by the numerous drinks sitting around us in the photo below.  A couple years before, my dad went on the very same trip and he said a couple directors got so drunk they were dancing on tables.  Good times.

I’ve always said, there are few things in life more interesting than a drunk funeral director. 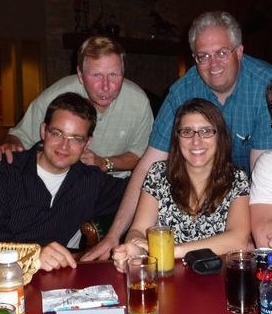 Three.  We Probably Don’t Have Many Deep Friendships

The schedule of our work can be very rigorous. And free time can be hard to come by. Sometimes we don’t get to see our families and the little free time we have, we want to spend it with our partner and children. And sometimes we just have to say “no” when you invite us out to dinner or to a ball game. But don’t be hurt by our “no” and please keep asking us to visit with you. Funeral directors need friends too, it’s just not always so easy for us, or you.  Which leads me to number four …

Four.  We Tend to be Home Bodies

When I get home from a long day at the funeral home, I just want to stay there.  One of the reasons we like to stay home is that we’re often on call.  And nothing sucks more than going out only to be called back in.

Five.  Our Social Lives Tend to Be Invested in Social Clubs

Social clubs are perfect for funeral directors: there’s often drinks, there’s a bunch of potential clients and we don’t have to get too deep with anyone.  Win, win, win.

Six.  Gardening Is a Thing

Gardening is another win-win situation for funeral directors.  One, gardening is relaxing and peaceful; and two, you can do some gardening at the funeral home and make it look pretty.

When my dad went to funeral school, one of his classmates would embalm roadkill as an enjoyable pastime.

Churches have the win-win situation like social clubs, although without copious amounts of liquor (unless you really imbibe the Lord’s blood).  I know a few funeral directors who frequent a couple churches because nothing spells “good business” like exploiting the Lord’s people.

Nine.  We Make a Bunch of Kids (and enjoying practicing)

Sometimes blogs.  Sometimes books.  You didn’t see that sales pitch coming, did ya?

This entry was posted by Caleb Wilde on July 12, 2017 at 3:13 pm, and is filed under Funeral Directing. Follow any responses to this post through RSS 2.0.You can leave a response or trackback from your own site.