« 10 Terrifying Things About Funeral Homes You Didn’t Know: A Response
As a Funeral Director, Here Are 10 Questions You Should Never Be Afraid to Ask Me »

10 Pieces of Advice for Picking Up a Dead Body 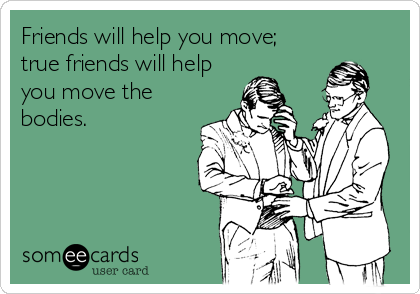 Over the course of my career as a funeral director, there have been a handful of times when I’ve had to call on my friends to help me with a removal.  All but one of my friends have answered my call with a, “Yes, I’ll help you.”  Driving to the deceased’s home provided me with just enough time to go over the basics of a house removal.  So, if a funeral director friend ever asks you to go on a house-call, here’s the advice I always give my buddies.

One.  Never, ever rush the family.

I always tell the family, “You have as much time as you need.”  Permission is so key.  But word’s aren’t enough.  Your body language has to say the same thing.  So, if the family is waiting on a relative to arrive from an hour away, or if they just need an extra half an hour with the deceased, take a deep breath, relax, find a seat on the sofa, and let grief run its course.

You got to do some reconnaissance before you make the actual removal.  The deceased could be on the third floor of the attic.  They could be sitting on the toilet, bent in half and hard as a rock from rigor mortis.  They could be in the basement slumped over in their recliner.  Usually, they’re under hospice care, in an easy to access bed, but it always helps to know what you’re getting into before you get into it.

Three.  Give the family permission to be there while you make the transfer

Families rarely want to watch you make the transfer of the body onto the stretcher, but sometimes they not only want to be there and watch, they want to help.  And for that 10% that want to be part of the transfer, it means the world to them if you invite them.  I usually say, “you’ve loved and cared for them up to this point, so don’t stop now.”

Unless you’re saying something affectionate and empathetic, I don’t care if the deceased’s body has three breasts and two heads, this isn’t time for commentary.  You don’t comment on the smell, on the weight, on the funny look on the deceased’s face.  Maybe it’s obvious that the deceased died during coitus, just keep your smiles to yourself and your words in your head.  I know this is an obvious piece of advice, but when we get around awkward situations, some people attempt to cope by stating the obvious.

Five.  When you’re going to lift the deceased onto the stretcher, don’t grab them under the ass.

Or you’ll get poop on your hands or gloves.

Six.  MAKE SURE THE STRETCHER CLICKS!!!

When you raise the stretcher into the upright position, you’ll hear a little “click” sound which means it has locked in place.  If you don’t hear the click, bodies be dropping.

Seven.  If you drop the body, don’t curse.

We all make mistakes.  God forbid your mistake is a dropped body, but if you do, don’t yell, “shit”, or “penis waffle” or “tater tits”.

Eight.  If the family is leery of seeing their loved one being carted out, let them know you’re coming.

Some families don’t want to see or hear any bit of the transfer process.  If you’re dealing with this type of family, let them know that you’re about to come through the house so that they can go to another room if they wish.

Nine.  Make sure your cell phone is off.

Funeral directors think it’s cute to have their ringer set to the song “Another One Bites the Dust” or “Highway to Hell”.  And that’s fine unless your ringer goes off as your carting Grandma through the house on a removal.

Ten.  Drive away slowly from the house.

I’ve had a number of families tell me, “I really liked it when you drove off slowly.”  Hearses have massive engines and they tend to be rear wheel drive, which means massive donut and burnout potential.  But donuts after a successful removal?  Probably not the best way to end your day.

On my blog, I generally write fun little posts like the one you just read.  But, if you’re interested in the stories of death care, here’s my book:

This entry was posted by Caleb Wilde on August 6, 2017 at 5:34 pm, and is filed under Funeral Directing. Follow any responses to this post through RSS 2.0.You can leave a response or trackback from your own site.