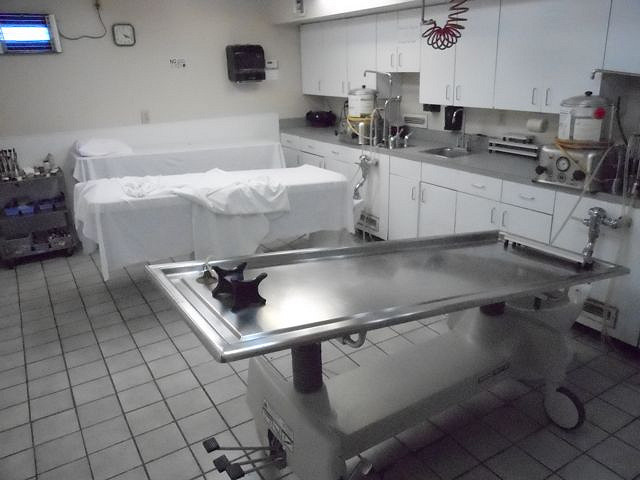 I’m not sure if “hatred” is a strong enough word for how we feel about tissue gas (aka Clostridium perfringens).  It usually ruins a body, it can sometimes run the other bodies in the morgue, and it can even ruin future bodies that come into our morgue.  Tissue gas results from an organism that duplicates itself every six minutes, causing a normal dead body to totally change in a matter of hours. Tissue gas is so contagious that if it gets on our embalming instruments, it will spread to the other bodies. It’s like the movie Outbreak but in a morgue. And once it takes over, we pray for a cure, but that prayer is rarely answered.

I wrote about this hatred early last week.  Here’s the link if you want to read about how much I absolutely HATE heroin.

Grrr.  Just a little bit of generosity with your cuts!  We’re not trimming weeds, or plucking eyebrows here.  You don’t have to make those arteries as short as possible.  Give us something to work with so we can embalm your autopsied body.

Four.  Accidently Slicing a Vein while Raising the Carotid and Jugular:

There’s nothing that I hate more than accidentally nicking an artery or vein when I’m raising the carotid artery or jugular vein.  It’s hard enough to raise the carotid and the jugular without blood seeping up from the netherworld of the neck and having to fish around blindly in the red and sinew to find what you’re looking for.

More and more funeral homes are expecting payment up front.  There’s reason for this up-front payment policy.  We’ve been beaten by past clients on numerous occasions.  We’ve been beaten by families who come in and say, “We have a $30,000 life insurance policy, and we only want the best.  Because Dad deserves the best.”  They sweet talk us, swindle us, they buy our best casket, purchase a couple plots “for the whole family” at the cemetery, they buy the best vault, write a huge obituary and put it in five different newspapers.  Two months and $16,000 later and we see the family driving around town in new cars, having used all that $30,000 and bounced on the $16,000 funeral bill.

Obviously, we hate being cheated, but we also hate the broken trust.

AHHHHH.  There have been a couple times when I’ve gotten turned around on a removal and gone down the stairs with the deceased’s head facing down.  If there are any remains of yesterday’s lunch, there’s a good chance that lunch is gonna come seeping out of their mouth and onto us.  There are few things that are more deserving of a “Dirty Jobs” episode than handling vomiting corpses.

This falls into the “so annoying, I hate it” category.  You can aspirate all the cavities multiple times and still, on the very day of the viewing, the deceased decides to leak a little purge out of their mouth and onto the casket pillow.  Grrr.

Jessica Mitford caused a lot of butthurt in the funeral industry and here’s the short answer to “why”.

Families come to us in despair, their minds clouded by grief and the unknown.  They pay us to be the stable minds.  And they give us power.  They give us power every time they trust us with their deceased loved one and their grief.   And when they give us that power, there’s a certain satisfaction that comes with treating that vulnerability with as much honor as we can.

But sometimes that power can bloat our egos.  And bloated egos absolutely abhor criticism, even when it was warranted like Mitford’s.

Ten.  Funeral Directors that are Transparent

In fact, I fully expect my book will do just that.  If you want an insider perspective on the industry that’s equal parts personal, honest and transparent, buy my words: 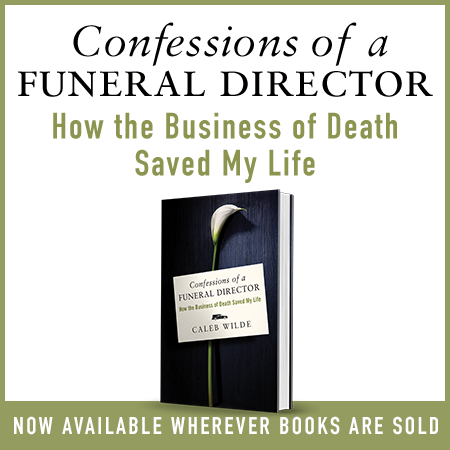 This entry was posted by Caleb Wilde on August 1, 2017 at 7:34 pm, and is filed under Funeral Directing. Follow any responses to this post through RSS 2.0.You can leave a response or trackback from your own site.