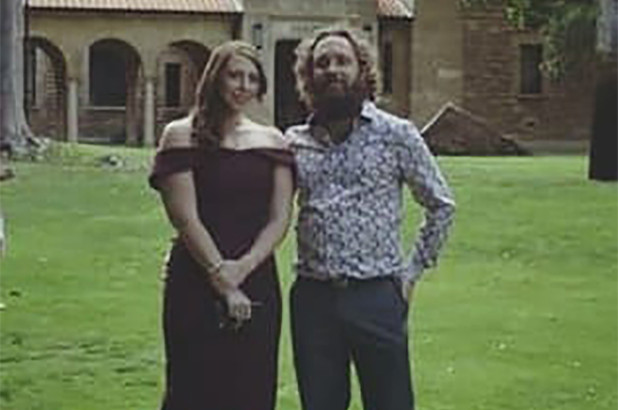 News stories like this are absolutely horrible.  The emotional toll that these deaths will have on their family and friends will be debilitating on multiple levels.  You just don’t recover from this type of news.

As a funeral director, though, I look at such a situation through a different lens, especially since this couple weren’t Portuguese natives.

These are the initial reports:

Authorities think the pair reached out to grab the cellphone, lost their balance and fell 98 feet to the rocky beach below.  — Via New York Post

Fishermen discovered the bodies and reported that it was like a “horror scene” and that the couple’s bodies were “shattered.”

At our funeral home, we only tend to handle international ship-outs or ship-ins about every other year.  Most of the people in the Parkesburg area are local.  They’re the type of locals who rarely travel across the Mississippi, and hardly ever travel across the Atlantic or the Pacific.

Unless you’re a funeral home that deals specifically with a certain demographic (maybe a city funeral home whose main clientele are Greeks who want to be shipped back to Greece when they die), most funeral homes — like ours — aren’t experts in international shipping of human remains.  Why?

BECAUSE EVERY COUNTRY IS DIFFERENT.  Almost all countries require the body to be shipped back to the homeland in what’s called a hermetically sealed (airtight) shipping container so that no fluids leak out during transportation OR sometimes you can bypass the hermetically sealed container if the body is embalmed (fun fact: when you fly, there’s a chance a corpse is being shipped in the cargo bay).  For the US, the corpse either has to be in a sealed container or embalmed.

THE PAPERWORK IS A MILE HIGH.  For Michael Kearns and Louise Benson, their bodies are subject to both Portuguese rules and regs, AND British and Australian rules and regs.  For most of us in the funeral business, the paperwork for international ship-outs can be so difficult (often times you have to know the right people at the Embassy) we contract it out to a company that deals solely with international ship outs.

Often times, the official approval from the receiving nation can itself take weeks.  In other words, the bodies of Michael and Louise might have to extend their stay.

THE MONEY.  To have a body shipped to the US will generally cost somewhere around $5,000, but it often tends to be more.  I have a Greek friend who shipped his son back to Greece for a cost of $20,000 (this wasn’t through our funeral home).

CREMATION IS USUALLY THE CHEAPEST AND LOGISTICALLY EASIEST OPTION.  If you can stomach it.  The problem with cases like Michael and Louise is that — at least for tragic deaths — the family usually wants to see the body.  There’s this nagging feeling that “he/she just can’t be dead.  I don’t believe it.”  And the only way they can confirm that it’s actually true is to see the deceased with their own two eyes.  That desire makes cremation a tough choice.

SHATTERED BODIES.  This is just such a tough case for the families.  Not only are they dealing with sudden and tragic deaths of their loved ones in another country, but their bodies are wrecked.

IT’S NOT A LAUGHING MATTER: Here’s the problem with the word “selfie”, specifically as it relates to Michael and Louise.  Pamela B. Rutledge Ph.D. writes, “Selfies frequently trigger perceptions of self-indulgence or attention-seeking social dependence that raises the damned-if-you-do and damned-if-you-don’t specter of either narcissism or low self-esteem… If the people in selfies aren’t famous or being paid to pose, then it must indicate a moral failing and they are labeled bragging, attention seeking, self-focused or narcissistic” (Via Psychology Today).

But it’s not funny.  And their deaths shouldn’t be diminished.  What their families will go through over the next week or so will be absolutely horrible as they negotiate what they need to do.

This entry was posted by Caleb Wilde on June 14, 2018 at 12:05 pm, and is filed under Death in the News. Follow any responses to this post through RSS 2.0.You can leave a response or trackback from your own site.