10 Things You Need to Know about Child Sacrifice in Uganda

Full disclosure: I traveled to Uganda under the auspices of World Vision (a Christian humanitarian aid, development, and advocacy organization) to write about the programs World Vision is implementing in Uganda, including their efforts to fight ritual child sacrifice.  They invited me because they thought I might be able to process and compose some thoughts on Uganda’s darker stories.

Before I flew to Uganda, I was skeptical that something like “ritual child sacrifice” was taking place in the 21st Century.  I was especially skeptical that the term “child sacrifice” was exactly what it sounds like.  Just like politics, charitable organizations can oversimplify and slightly exaggerate tragedies to garner emotions, empathy and hopefully support, especially support of the financial kind (anyone remember that Sarah Mclachlan ASPCA commercial?).

After spending a week in Uganda and listening to a Mother tell the story of her child’s abduction and eventual rescue, seeing a localized Amber Alert System, and seeing the palpable fear in the local communities, I can say that this isn’t a simple story, but I do feel like I can represent some of the things that are happening.

Specifically, I can say it’s literally happening.  Ritual child sacrifice is happening in Uganda.  In fact, the week I was there, two children were abducted and murdered as a ritual sacrifice in two separate districts.

The first time Obed — the World Vision director spearheading efforts in Uganda to stop child sacrifice — saw a child sacrifice victim, he was teaching a World Vision child protection course in a country tribe.  He heard some screams, ran to the location the screams were coming from and found a mother hysterically yelling over the decapitated body of her 8-year-old son.  The murder had happened only moments before she found him.  Obed, in a frenzy, scooped up the body, jumped on a moped and started driving to the nearest medical clinic, “because,” he told me, “the boy was still moving and I thought I could save him.  Of course, I was traumatized, and still am” he confessed.

By the time Obed returned to the village, the suspected murderer had been killed by a mob of angry tribesman.  Obed showed me photos of both the murdered boy and the murderer.  From that point on, Obed hasn’t stopped working to protect children AND working with local authorities to establish laws and protocol that help convict the murderers while moderating mob justice.

Three.  It’s Like the Moral Panic of a Serial Killer

Here’s an example of moral panic: In 2002, the Washington D.C. Sniper Attacks were picking off drivers on I-95.  During three weeks, the snipers killed 10 people.  Only 10 were killed out of the hundreds of thousands of people and cars that passed through the Beltway.  I was one of those travelers (driving a veteran to Arlington Cemetery for burial).  I was a little frightened … even though — based on percentages — it was much more likely I’d be killed in a car accident than by a sniper shot.

Likewise, known serial killers only murder a minuscule percentage of the population, but they can put fear in the hearts of an entire region when they’re actively killing.  Ritual child sacrifice in Uganda is the same, except it’s not a person that’s behind the murders, it’s a complex system of beliefs and societal ills.

Four.  There are two kinds of child sacrifice in Uganda.

The most popular of the two involves abduction, murder, and the removal of certain body parts, including blood.  Those parts are taken to the witchdoctor who uses them for remedies and spells.

The other form is usually committed by family members of the child, so it’s much less publicised.  This form of child sacrifice takes place when a family sets aside one of their children (or an abducted child) as a sacrifice for the spirits to feed on.  The child is routinely drained of blood.  Many of these children eventually die or suffer severe impairments.

Five.  The Ritual Stems from Ugandan’s Belief in Witchcraft.

Obed explained that Ugandans believes there’s witchcraft power in the shedding of blood.  Usually, that blood is shed from animals sacrificed at local shrines.  But as people have become more desperate to manipulate and appease the spirits, they’re now turning to the shedding of human blood and other human body parts.

When Obed talked about Ugandan witchcraft, it wasn’t the way I’d talk about it.  I talk about witchcraft like it’s some superstitious mental manipulation that preys on people’s fears.  But, and this is a big “but” … I don’t believe it has any actual supernatural power.  Obed — a college educated Ugandan who’s married to a lawyer — believes differently.  He’s seen it work, he says.  He’s seen supernatural power.  And I think the whole country feels just like him.  Nearly all believe that physical problems are the result of an unseen, supernatural world.

Some witchdoctors believe that the shedding of human blood guarantees wealth and success, or the immediate lifting of a curse for the one making the sacrifice.

They’re vulnerable, easy targets that can be abducted and killed with more ease than an adult.

This from Obed’s little track on child sacrifice:

Child Ritual Murder is one of the most extreme manifestations of violence against children in Uganda.  This gruesome practice involves mutilation and removal of children’s body parts and blood while the child is still alive for wealth.

Obed told me that the head is the most prized body part, which is usually severed with a machete.  The remaining parts of the child are often left exactly where the child was murdered … in a field, or along the side of the road.  Sometimes the child is captured and brought to a witch doctor, who performs the sacrifice.  Other times, only internal organs are taken while the child is still alive.

In Uganda, when a family is in extreme poverty, they’ll often sell their girls to older men for marriage starting at eight years of age. Because they’re so young, many will get pregnant as soon as their bodies are able, and either their babies or they themselves die from the physical labor of a pregnancy at such an early age.

And because polygamy is legal in Uganda, many of these young women are forced to raise and provide for their children on their own while the men attend to their own wants and needs and other families.

Many girls are sexually abused at a young age.

Most children are physically abused at a young age.

There’s corruption on every level in politics (YouTube has some fun videos of physical fights in the Ugandan parliament).

THERE ARE SO MANY THINGS THAT CONTRIBUTE TO THIS PROBLEM.

And when this confluence of problems hits a family, or a community, the extreme poverty coupled with Ugandan witchcraft results in some people taking extreme measures, like child sacrifice.

Child sacrifice is a problem, but its a symptom of a complex confluence of more prevalent problems.

Ten.  What Obed and World Vision Are Doing. 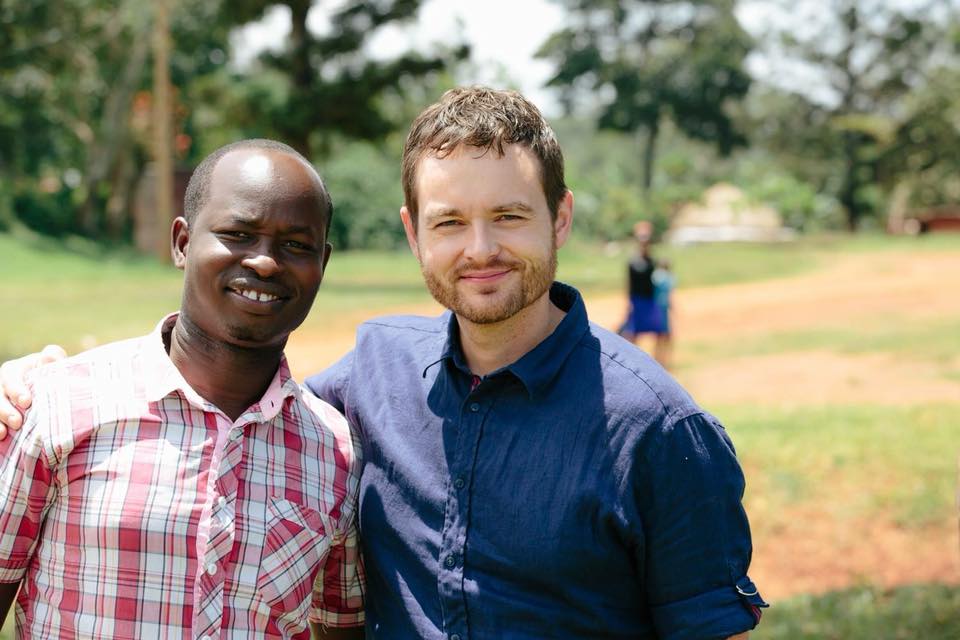 Obed and World Vision are spearheading efforts to stop child sacrifice through an integrative approach that involves a localized Amber Alert system for child abduction, connection and outreach to Uganda’s network of shaman and witch doctors (challenging the beliefs that call for child sacrifice), the Ugandan law enforcement and government (to create and enforce more thorough child protection laws) and community educational programs that work at a grassroots level to elevate the awareness of child abuse on all levels, from the home to the school.

This work consumes Obed. His sleep is interrupted by the screams he’s heard. The images he’s seen constantly flash through his mind. And he’s often very lonely in his efforts. The last day I was in Uganda, we talked for two and a half hours about everything from the times he’s held dying children, to the victories he’s had, and the complex belief system and motivations that cause a person to sacrifice a child.

He showed me the files he keeps on each child sacrificed.  He told me their stories.  Showed me their pictures when they were both alive and dead.  He keeps extensive notes for each case.  Notes that detail everything from what parts were taken from the child, the suspected murderers in each case, the current legal proceedings, and the efforts he’s put forth in counseling and supporting each child’s family.

Since Obed and World Vision have focused their efforts on the Buikwe District (called “The Capital of Child Sacrifice”):

It’s been a week now since I left Uganda.  I’ve been telling people that Uganda is NOT Las Vegas.  What happens in Uganda comes home with you.  It stays in you.  It’s a beautiful country, with beautiful traditions, and beautiful people.  Uganda doesn’t equal child sacrifice.  This doesn’t define them.

Money won’t solve the problems in Uganda, but it can help people like Obed and the children he seeks to protect.

If you want to support World Vision’s work in Uganda, click HERE.

This entry was posted by Caleb Wilde on August 28, 2018 at 9:42 pm, and is filed under World Vision Uganda. Follow any responses to this post through RSS 2.0.You can leave a response or trackback from your own site.